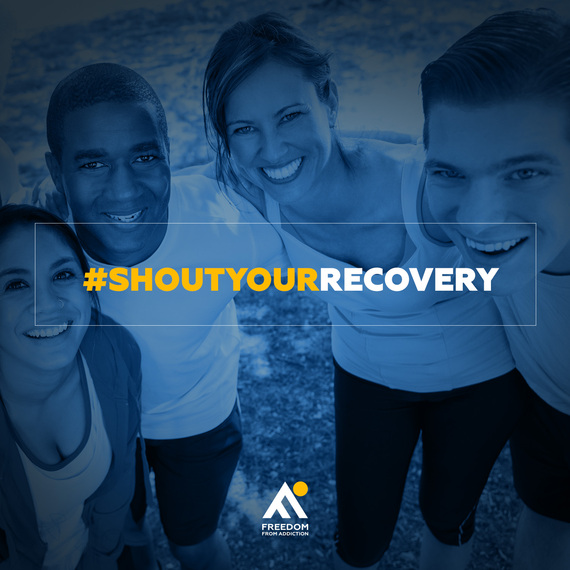 The concept of hashtag activism is nothing new. The term, coined by media outlets to refer to the use of Twitter hashtags for social movements and activism, first appeared in September of 2011 in an opinion piece published by The Guardian, where it was used to describe the role social media played in the Occupy Wall Street protests. Utilizing hashtags on social media sites, which originated on Twitter as a means of coordinating conversations, activists in the Occupy Wall Street Movement were able to coordinate and organize spontaneous protests. Since then, hashtag activism has taken a variety of forms and is used to describe an umbrella of online activity - moving on from simply raising awareness and coordinating marches and protests to connecting communities, fostering discussion, sharing stories, and ultimately driving social change. While there is no shortage of opinions on the effectiveness of hashtag activism - with thinkpieces abound decrying it "vanity activism, in which narcissistic pronouncements substitute for actual engagement" - there is no question that social media puts the power of narrative in the hands of anyone and everyone, giving voice to those who've been silenced, story to those who've endured erasure, and a welcoming community to those who've been isolated by shame and stigma.

Many of the earliest notable examples of these hashtags - like #Kony2012 and #BringBackOurGirls - existed to raise awareness and turn public attention toward particular issues. Others like - like #YesAllWomen and #BlackLivesMatter - took things several steps further by connecting communities, sharing personal experiences, changing the narrative, and acting as a catalyst for conversations that had long been ignored in the mainstream media. Most recently, a particularly interesting category of hashtag activism has emerged - namely, movements that specifically focus on encouraging story-sharing in order to fight stigma, take on stereotypes, and change public perception.

An early incarnation of this trend came in the form of #WhyIStayed, a hashtag campaign created by writer and domestic violence activist Beverly Gooden on September 8, 2014. Gooden started the hashtag in response to those "questioning the experiences of Janay Palmer and other survivors of domestic abuse," following the release of a hotel surveillance video that showed Ray Rice assaulting Palmer, his then fiancé. A survivor of domestic violence herself, Gooden used #WhyIStayed to share the reasons why she remained in an abusive marriage as well as to encourage other survivors of domestic violence to share their own stories.

"I believe in storytelling. I believe in the power of shared experience. I believe that we find strength in community. That is why I created this hashtag. I hope those tweeting using #WhyIStayed find a voice, find love, find compassion, and find hope." --Beverly Gooden

The hashtag campaign went viral, with many prominent women weighing in with their own stories, shattering stereotypes, and ultimately leading to a global movement that aimed to stamp out victim-blaming. Victims of domestic violence are often inundated with undue stigma and shame, but by encouraging survivors to share their stories, #WhyIStayed successfully initiated a conversation and utilized personal narrative to fight the stigma surrounding a topic toward which society too often turns a blind eye (frequently with tragic and fatal consequences).

"When the overwhelming public voice is of shame, you can get lost in the guilt. You can feel voiceless. I want people to know that they have a voice! That they have the power." --Beverly Gooden

Another noteworthy example of this distinct form of hashtag activism is #ShoutYourAbortion - a viral hashtag that emerged this past September with the aim to encourage discussion and personal story-sharing on a topic that is highly stigmatized, and therefore often swept under the rug. Despite its commonness - some stats hold that 30% of women will have an abortion by the age of 45 - abortion is rarely discussed more than abstractly even amongst circles of feminists and close family and friends. With that in mind, writer Lindy West tweeted using the hashtag #ShoutYourAbortion to tackle "the assumption that abortion is still something to be whispered about."

"The fact that even progressive, outspoken, pro-choice feminists feel the pressure to keep our abortions under wraps - to speak about them only in corners, in murmurs, in private with our closest confidantes - means that opponents of abortion get to define it however suits them best." --Lindy West

Responses to West's call to action immediately started pouring in and the movement made headlines a mere day later. Thousands shared their abortion stories, taking control of the narrative and directly challenging the assumption that such experiences must be kept silent and met with shame. Indeed, not only did #ShoutYourAbortion start a discussion and begin chipping away at the longstanding stigma surrounding abortion, but it also served to break down misconceptions and dismantle stereotypes society holds about the women who seek abortion.

"Medication has a terrible stigma. Some brains work differently and that's okay. You aren't weak." --@Susurratrix

Similarly, another stigma-fighting campaign surfaced in early September when people began using the hashtag #MedicatedAndMighty in order to fight the stigma surrounding mental health medication. The campaign began when Nashville Blogger Erin Jones shared a selfie on Facebook along with a narrative that has been described as "an empowering declaration to the world that it's OK to get help when you need it." Jones, who is on the autism spectrum and suffers from anxiety and depression, teamed up with The Mighty to create the hashtag campaign in order to destigmatize mental health medication and show that taking medication for mental health is not a sign of weakness.

"There is no shame in being sick. Not in our bodies. Not in our minds. There is help. We just have to ask for it." --Erin Jones

The most recent hashtag campaign to take on stigma with story emerged over the Thanksgiving holiday when Freedom From Addiction - an expert-led organization dedicated to providing resources to individuals, families, and communities living with addiction and substance abuse - began using the hashtag #ShoutYourRecovery in order to encourage survivors of drug and alcohol addiction to share their stories of recovery with the ultimate goal of destigmatizing addiction. Much like those with mental illness, individuals who suffer from substance-abuse and addiction are often met with dismissal, derision, and shame (with heartbreaking and deadly consequences). With the understanding that addiction is a lethal disease that must be recognized and treated like any other ailment, FFA created #ShoutYourRecovery to empower those living with addiction, inspire ownership and pride in recovery, and encourage suffering addicts to seek treatment.

While many still wish to denounce hashtag activism as narcissistic, lazy, and ultimately devoid of real solutions, I have to firmly disagree. Having made my career in Pubic Relations, I know just how powerful narrative can be in influencing public perception and effecting meaningful change. Leveraging social media to catalyze conversations, create an avenue for sharing personal experiences, and empower those silenced by shame and stigma may be online activism, but it still has impactful, real-world results. I have no doubts that combining social media with the power of story is an indispensable weapon against stigma.