The upcoming 2014 Winter Olympics and Paraolympics in Sochi, Russia, have shined a light on a host of environmental, migrant, labor and civil rights concerns in Russia. International observers and Russian organizations indicate that the situation for lesbian, gay, bisexual and transgender (LGBT) people in Russia has recently deteriorated. An emergent "traditional values" ideology propagated by the state and church -- that falsely posits homosexuality as being anti-Russian, a Western import, and dangerous to children -- is leading to increased violence against LGBT people, penalty and fines for "homosexual propaganda," hate speech in the media, and intimidation of LGBT activists by extremist organizations, soccer hooligans and neo-Nazis. 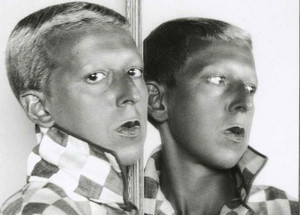 Against the backdrop of increasing, institutionalized homophobia in Russia, I looked for positive and realistic images of LGBT Russians. As a photography historian and film curator, I am aware of the potency of visual representation -- the affirming power of self-representation in particular. My PhD dissertation on queer surrealist photographer and activist Claude Cahun argued for the power of photographic self-representation in both affirming and crafting identity in the face of rising fascism. The images I was seeing of LGBT Russians were either of frontline activists fighting for their right to public assembly or misrepresentations, painted in words, by the virulently homophobic invective of politicians, neo-Nazis and Russian Orthodox Church leaders. American and British LGBT civil rights movements have been represented, documented and dramatized in film (Milk), photographs (Catherine Opie), Conceptual art (Gilbert & George), political art and design (Gran Fury) and public assembly and protest (as documented in the exhibition AIDS in New York: The First Five Years). As LGBT Russians are fighting for the basic right to declare their very existence, as well as for the rights to assemble as a community and to raise children, this battle is playing out on the turf of visual imagery. 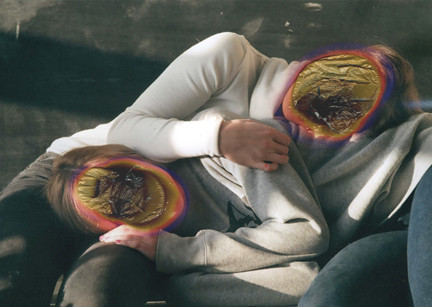 Russian photographer Anastasia Korosteleva protects the identity of her subjects in the seriesGirls (2013) by literally burning their faces in the photographs. The burned-out faces of women embracing literally and metaphorically show the scars of homophobia.

Film festivals are being organized to bring the experience of LGBT people and filmmakers to new audiences in Russia. The LGBT Film Festival "Bok O Bok" ("Side By Side") was the first international LGBT film festival in Russia. After experiencing censorship in its first year (2008), it has operated for the past five years at various sites in Russia. The festival was most recently found guilty and fined for violating the new "foreign agents" law. 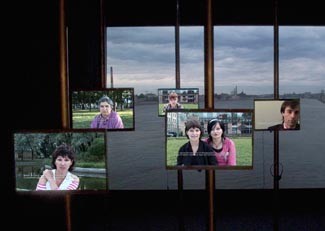 The Swedish photographer duo Annica Karlsson Rixon and Anna Viola Hallberg's "State of Mind" (2006-8) consists of personal stories and group video portraits of Russian lesbian and bisexual women and their friends and family discussing issues of LGBT identity and East/West dynamics. The subjects, casually posed in places of significance to them in the city, such as along the banks of the Neva River in St. Petersburg, project a mix of emotions -- joy, exuberance, hope, pride, comfort. The video portion presents filmed conversations with the subjects, viewed simultaneously to create an approximation of the community as a congregation of voices. The installation has been shown in St. Petersburg, as well as in Ukraine, Sweden, and the United States at UC Berkeley's Worth Ryder Art Gallery [1].

A June 2013 Russian federal law banning "propaganda of nontraditional sexual relations," broad in its implications, is now being used to censor film. Russia's federal oversight organization recently issued a warning to a popular movie channel for airing a French musical, Les Chansons d'Amour (2007), for its alleged "propaganda of nontraditional sexual relations." Local and federal laws banning "homosexual propaganda" have been enacted from 2006 to 2013, sparking fears that they could be used against visiting Olympic athletes and tourists. For foreign citizens found guilty of "homosexual propaganda," there is a penalty of fifteen days in prison followed by an entry ban. Transgender Russians and LGBT teens are particularly vulnerable. For example, one Russian neo-Nazi group hunts for gay teens to abuse and humiliate, disseminating video of the attacks through social networks on the Internet.

President Obama's meeting with LGBT activists during his trip to St. Petersburg, Russia, for the G20 summit this month, was a step toward acknowledging the problem of discrimination and furthering international debate (although Russian President Putin denies that discrimination against LGBT people exists). Obama said he is "very proud" of the activists' work, pointing to Martin Luther King Jr. and the civil rights movement in the United States as precedents. The controversy over free speech in Russia has already gained attention via the internationally publicized plight of the all-female punk band Pussy Riot, two of whose members remain in prison after a brutal crackdown. Significantly, activists point out that the rise of discrimination against lesbian, gay, bisexual and transgender people, as well as feminists and atheists, is tied to xenophobia and violence against ethnic minorities. In all cases, "others" are set up as foils to advance the state's ideology of purity.