I have been feeling woefully incomplete lately because despite all the snow and sleet and missed school and shoveling and salt this winter, we have, thus far, been deprived of an ice storm. Seriously, what is late-winter fun without everything around you freezing inside a capsule of clear ice within two hours? 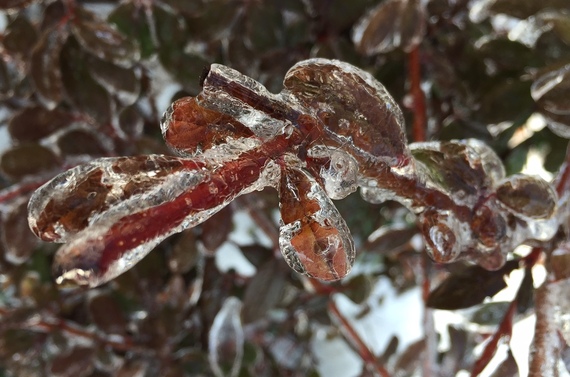 Of course you've been wanting to ice skate down your sidewalk sans skates. It makes you feel so coordinated and secure; you are an effing gazelle.

Naturally you've felt glum that you've not experienced the magic of impermeable ice coverings for all your car's windows. I love when this happens -- it's an igloo on wheels I tell you! Super cool. 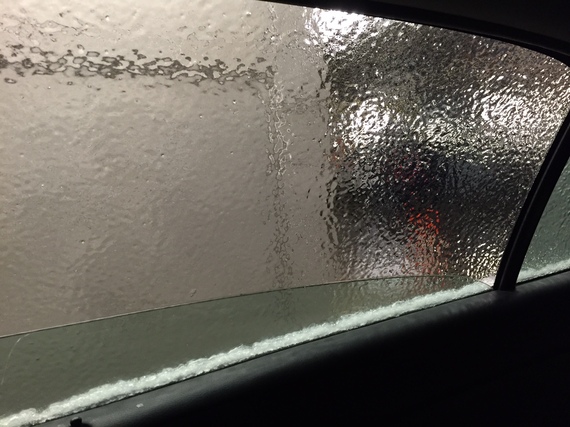 You have been dying for a 24-hour winter alert that ends on Monday at 3 a.m., mere hours before your kids' school decides on whether to open, delay or cancel and that coincides with sending your husband off to sunny California for four days and realizing that your Ice Melt doesn't contain sand. No, this fine product melts the ice which then immediately refreezes in the sub-freezing temps with zero traction therein. You have unwittingly made an ice rink out of the fourteen-stair exit from your home. You will be an über-gazelle come morning. Except that you probably won't need to leave anyway because #snowday.

You consider that if the kids stay home from school one more time, you might go all Donner party on them. Or you'll be charged with parental neglect for peeling out of the driveway towards any point south. Alone.

Your dog, sassy and fancy in his old age, will not pee outside except for against the one non-brick side of the house, and you will love to look at his splotchy yellow stains frozen in place on your home as if Canine Jackson Pollock took to your deck.

You thank all merciful gods and feline spirits for the fact that, inexplicably, your cat seems to believe he's a snow tiger and begs to go outside at regular intervals. You think, "That cat is mofo crazy, but he doesn't whine, he appreciates leaving the house, he doesn't fart and when he snuggles with you, he doesn't stink." Much to be said for that delectable combo. You will start to favor him with unbecoming openness. 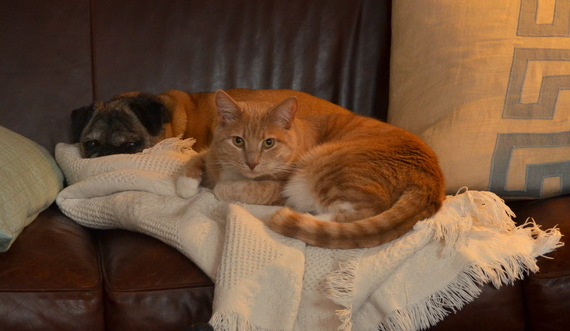 You will scurry over to the market and spend exorbitant sums on convenience foods and flowers because fruit!! Color! Who gives a crap where it was all grown? Buying local is so #springandsummertime

You'll cook a vat of pumpkin ravioli in sage butter for dinner because your husband doesn't like it and his absence is an opportunity. Also, carbs. 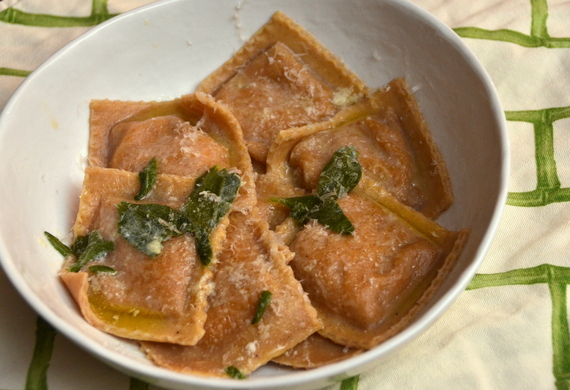 You will light a fire with the minimal amount of kindling you have and then use every bit of newspaper in the house to augment because you deserve that festive freaking fire. Not least because 1) you'll fall and die if you go outside for more kindling which is a gauntlet-walk away in the garage, and 2) you are an awesome, whacked-out-from-fatigue-and-talking mother who gave your kids small amounts of melatonin at 5pm, fed them a beautiful, well-balanced meal, bathed them quickly and tucked-threw them in bed at 6:04pm so you could rest for a few. Hey, that shit's natural!

You will really wish you'd had the foresight to buy dessert while you were buying bouquets like you're an effing bride because no one is making anything now. #wine

You'll pass by a mirror and jump away in revulsion: who is that ragamuffin wearing seven layers of mismatched clothing and a wild-eyed look? What's wrong with her hair?

You'll assert to anyone listening that you don't believe in nonsense like that stupid groundhog and his shadow, but you'll find yourself wishing you could snare him and toss him in big stew. Just in case. Because next year.