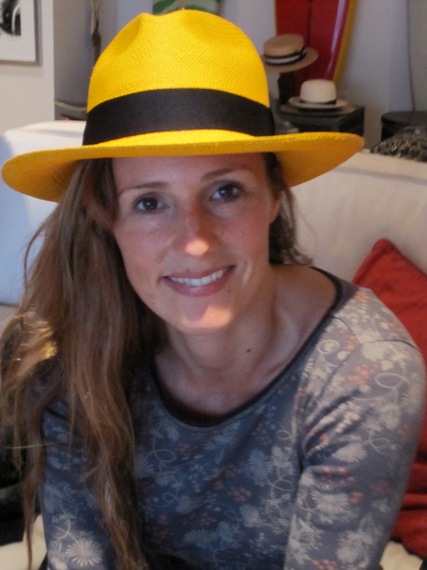 Hats are back, and they are cool again.

The source, at least in sunny climes around the world, is the Greenpacha Panama hat company, and the person responsible for Greenpacha is Florencia Gomez Gerbi, a cheerfully serious 33-year-old Argentine San Diegan.

However, the story is more than the return of the jaunty Panama to the tawny heads of the hip and the beautiful, the sportif and the spiritual, from Windansea to Ipanema. Greenpacha is the forerunner of a new trend in business. Call it caring capitalism, social entrepreneurship, or simply giving back, but a percentage of the gross is repatriated to the original producers. In the case of Greenpacha, funds go to a community of 2,000 weavers, mostly women, in Ecuador. 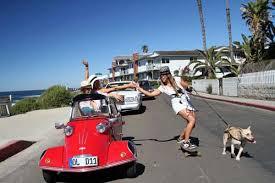 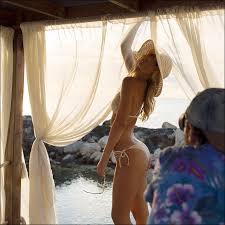 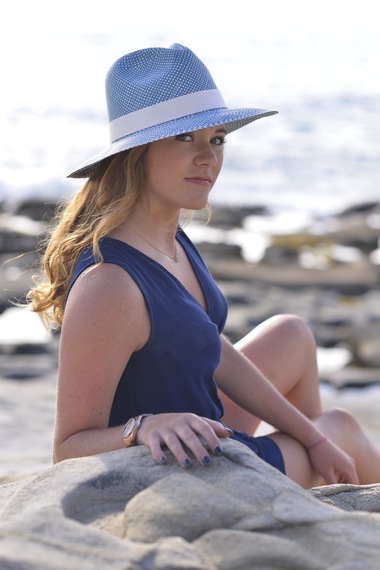 These hats are not your grandpa's chapeaux, of course. And not the famous woven white straw mat that covered President Teddy Roosevelt's aging locks back in 1906, when he inaugurated the Panama Canal from the control panel of a 95-ton steam shovel (ah, the Iron Age). These toppers have been redesigned and colored pink, yellow, skullcap amber and black for the surf and skateboard set.

Panama hats don't come from Panama, either. They originated in Ecuador and northern Peru, now Cuenca in the highlands of the Andes and Montecristi on the coast, where the toquilla palm grows, a tree almost as rare as the truffula in Dr. Seuss's The Lorax. Panama hats were sold to California's 49ers passing through the isthmus on their way to the gold fields, resulting, along with the Roosevelt Panama Canal connection, in the mistaken name. An earlier iteration of the great hat greeted the conquistadores. Archeological evidence even indicates that the palm's soft fibers were broken out 4,000 years ago to ward off the sun.

But it is more than tradition that we are dealing with here, in this iconic fashion accessory.

"In my spiritual way of seeing it," Gerbi explains in her rapid-fire, Castilian-accented, somewhat twisted new English, "the earth makes a plant, and with the help of a human hand the straw made from it is shaped into a hat, and so you wear something that came from the earth, a total human and natural combination that finally protects you from the sun."

Wearing a Greenpacha Panama, then, makes a statement. It is organic, natural, almost completely constructed by hand by women who have learned the craft over decades, from a culture hundreds of years old, with dyes squeezed from plants and insects, stretched on traditional looms. Wearing a Greenpacha, the motto of which is "Hats for a better world," could be as sustainable an act as going barefoot.

That was the idea -- the intellectual capital -- and Gerbi is nothing if not a budding mistress of fashion branding. But she exhibits innocence and heart, too, and that is important in the tricky new business model of social entrepreneurship, because without empathy there can be no authenticity. And without authenticity -- my friends, you are shopping at Kmart.

Even so, the hats retail for $75 to $150 at high-end and bellwether boutiques from Santa Monica to Italy. Gerbi was passing through Ecuador with her mother and sister and her sister's baby, and friends suggested they follow "The Hat Trail," as countless other entranced adventurers have done. She fell in love with the otherworldly concentration of the women making the hats. At the same time, she understood that the weavers needed money. Their men had migrated to America Norte. They were raising kids by themselves. Panama hats had fallen to the value of a tourist trinket.

She listened to the weavers' leaders and was also struck by some modern news. Chinese agronomists had entered the remote region and taken seedlings to Asia, where the hats could be made "for like 50 cents." But the toquilla would not grow in China. She realized she would be protected from Asian competition.

The idea was not only to give back. When I went there, I asked them what were their needs. They have a lot of needs and live in poverty. So they want to improve their life conditions -- these women -- and so they get rid of as many intermediaries as possible so their work is better paid, because they get the less amount of money in the chain. So what I do is to give back directly from 2 percent of the sales to these communities and with that money they just deliver according to their performance as weavers.

At the same time, Gerbi hopes the weavers' exposure to designers helps them improve style, shaping and finishing, and create different hat designs.

Florencia's younger sister Julieta, 30, became the designated designer after the trip, and Florencia took on the mantle of idea woman and marketer.

Next, Gerbi needed a name. She felt her "energy" aligned with Tom's Shoes, the huge "inspiration" or "movement" (don't call it a "corporation") that gives back "one-for-one" a pair of shoes to a shoeless kid in Argentina or Africa for every pair you buy in Manhattan. (And if you purchase some awesomely styled shades, Tom's will see to it that someone not in California, not so well-sighted, not so, perhaps, entitled, will be given a pair of spectacles in your name.)

On a surf run to Cabo, Florencia met with Tom's founder, a 27-year-old kid named Blake Mycoskie who makes millions of dollars annually by doing right. He got the idea about shoes while running in the second season of The Amazing Race with his own sister. Mycoskie told her T-O-M'S stood for "tomorrow shoes."

"I didn't know that. I thought his name was Tom," she said.

Mycoskie told her the name had to have meaning and that it was very important.

In Latin America, 'pacha' is a huge word that signifies something like 'times of the Inca' and at the same time, 'Mother Earth.' So that's what I liked -- Green Times. It makes sense to me because it's coming back from the roots, the best of the roots. And what is good is to bring to the present and enjoy it now. So that's the Green Times.

Wear the hat well. It's not just a hat.