Hatsune Miku is the world’s most famous virtual pop star. And now she’s even more famous, having made her U.S. television debut this Wednesday on "Late Night With David Letterman." She didn’t come out of nowhere: this summer, the Japanese sensation toured as an opener for Lady Gaga, materializing regularly on stages around the country in a confounding flash.

Hatsune Miku performing one of her chart-topping hits live in 2011. Miku songs are popular all over Japan, and a mainstay in karaoke clubs.

All Miku concert footage makes for strange watching. Legions of fans pump light sticks at every swish of those blue ponytails, as if a virtual star needs the encouragement. The sight is arguably even odder live, as an in-person Miku doesn’t exactly seem worth the fuss. Media outlets routinely mistake her for a hologram, but in fact, she’s less sophisticated than that. She’s a 2D image, rendered onto the stage using CG graphics projected onto a screen. Critics who trek halfway across the world to see Miku rock out invariably leave underwhelmed. She looks more magnificent -- and just plain larger -- on YouTube than in life, having been enhanced by video editors.

But the deception shouldn’t matter. “People focus on the live show like it’s so bizarre,” says Ian Condry, a professor of Japanese studies at MIT. He blames this preoccupation on a lack of context, coupled with a scenario that requires some explaining -- a crowd “cheering at a cartoon on stage.” Without context, the sight, he admits, “doesn’t make sense.”

In fact, fans aren't cheering for Miku per se, but for everything she represents. “They know Miku doesn’t exist,” Condry says. “But they know people on the other side do.”

Miku is a mascot for a product: a voice synthesizing software, through which users can write songs. In 2007, a company called Crypton Future Media released the software for purchase, built using Yamaha’s Vocaloid technology as well as a database of samples recorded by a voice actress. As with most of Japan's entities (including the country's police agencies), this offering came with a cartoon mascot. She was 16, liked pop music, and wore her hair in long pigtails. She was Hatsune Miku, a name that translates to “first sound of the future.”

Crypton’s president Hiroyuki Itō realized that Miku was more powerful the less there was to know about her. The company isn’t interested in creating a franchise -- no spinoff anime series, or prequels that tell her story. In an interview with HuffPost, Itō spoke through a translator about his intention to keep Miku “an empty canvas, a plain piece of paper, because only then, people will project their own feelings and use her as an interface.”

The model is revolutionary. Every song Miku sings in concert is written by a user of the software. Most Miku music videos are also the work of fans, and the internet holds a rich stock of Miku fan-art and cosplay essentials. Crypton has developed a licensing agreement that allows MikuP, or Miku producers, to use the software mascot's likeness without paying royalties. If a creator’s work becomes wildly profitable, the company enters into a more traditional licensing agreement.

Condry compares Miku to a sample in a hip-hop track. “If you’re some underground person, you can sample without paying anything. Even if you’re indie level, you can probably get away with it. Girltalk can release albums, even though he can’t put them on iTunes. But if you’re Kanye, you’re going to pay top dollar.”

Writing for Vocaloid software is a bit like pulling the strings of a puppet. Miku does what a composer wants, albeit a little jerkily. The upshot is a sense of freedom: a MikuP can theoretically try anything and see what sticks. One composer, who goes by the name Kz, dedicated himself to writing lyrics about the community of creators that sprung up around Miku, rather than Miku herself. One of his songs, "Tell Your World," became such a popular anthem for Mikuheads, Google eventually licensed it for a Chrome ad in Japan.

Another Kz song caught the attention of Pharrell, who remixed it for the soundtrack of the recent Takashi Murakami movie, "Jellyfish Eyes." The attending music video, also directed by Murakami, features Miku, her clan of tertiary Vocaloid avatars, and an animated Pharrell dancing on a high-octane version of the Starship Enterprise.

Kz now composes full-time, for anime programs and live singers as well as Miku. Crossover success is not uncommon, and Miku is a powerful platform for fledgling illustrators, animators and composers to get work out. Speaking to HuffPost through a translator, Kz contrasted writing for the software versus a flesh-and-blood singer, likening the former to osmosis. “[Miku] has no kind of will or ideas herself, so you have the direct message going directly through.”

Plenty of Miku songs are as vapid as any pop hit, with references to her long hair, short skirts, and princesslike demeanor (there’s also a vibrant Miku-based pornographic culture, not sanctioned by Crypton). But the genre has deepened as it’s grown, with narrative lyrics that wouldn’t typically make a top 40 list, from the story of a cancer patient to a set of songs about a single day that unfolds with the gruesome strangeness of a Haruki Murakami novel, complete with an all-seeing cat. In the latter, Miku's chirps are actually scary, multiplied at moments of high stress into a wall of noise.

Other songs use Miku’s lack of personhood to comment on our own devolution into so many "data packets," as Condry puts it. “They play with this idea of whether she exists, and how much we exist in comparison," he says.

He sees the Letterman appearance as a rare misstep in a campaign that’s mostly foregone the old routes to cultural takeover, like late night debuts. “The pathway to Miku’s success in Japan went through a grassroots community before it had a chance to break into the mainstream. If people aren’t impressed by what they see on Letterman, they may have to wait a bit until their kids and grandkids explain what it’s all about.” 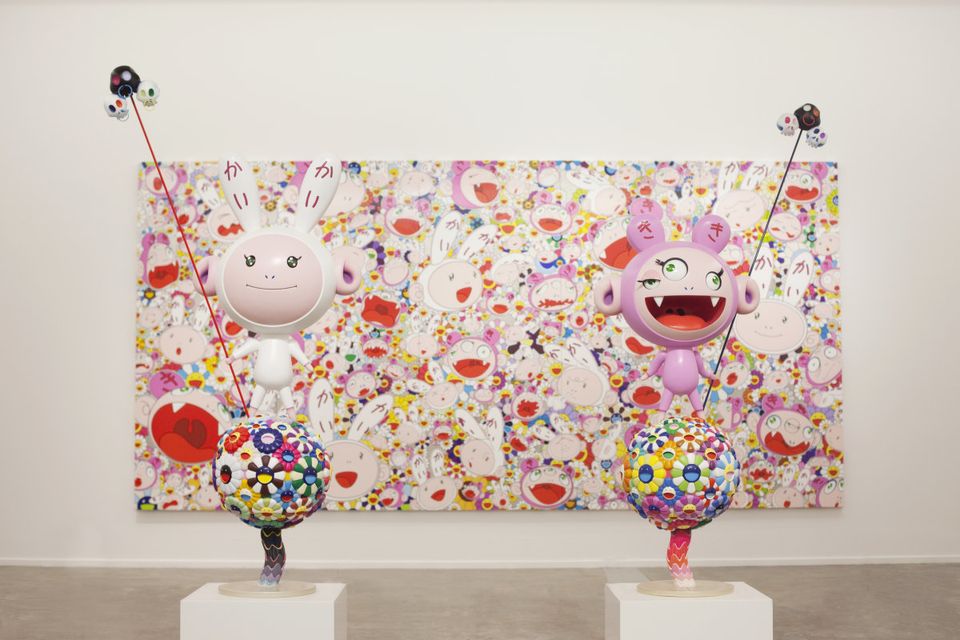