Halloween comes just before Dia De Los Muertos, All Saints and All Soul's Day, which are times to remember and honor the souls of those who have passed before us.

However, some churches claim that the spirits of the dead are still hanging around their hallways and graveyards. Mysterious lights, muffled voices, and weird apparitions are just some of the many unexplained phenomena that persist around these places.

From the ghost of a long-dead sea captain in Florida to the phantom of a governess that perished in a house fire, these churches swear that they are haunted by spirits that refuse to leave. Look through them, if you dare.. 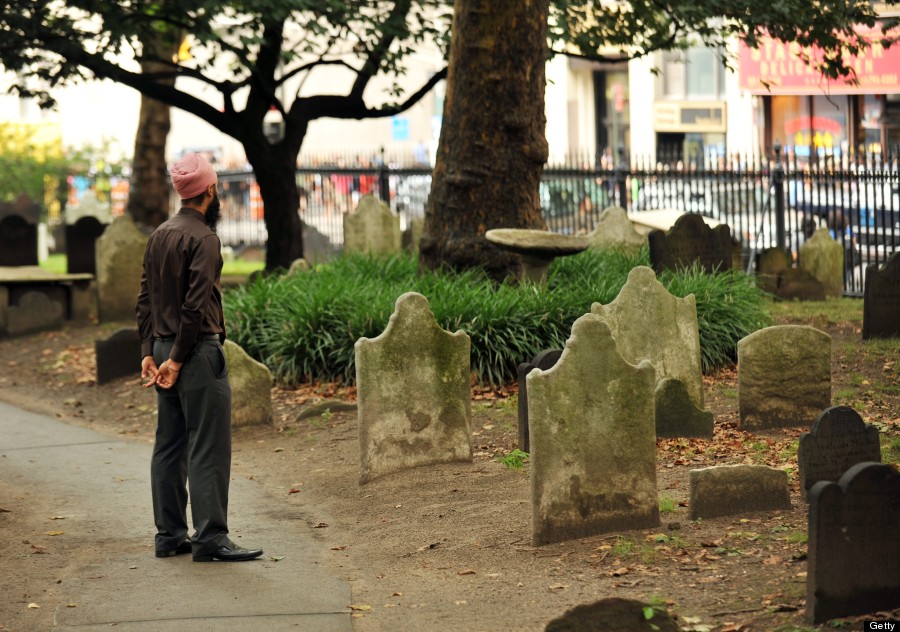 Some say that the cemetery is haunted by the headless ghost of an actor, who donated his head to science. The church's proximity to Broadway may be one of the reasons behind this rumor. Apparently, he wanders the earth in search of his lost skull. 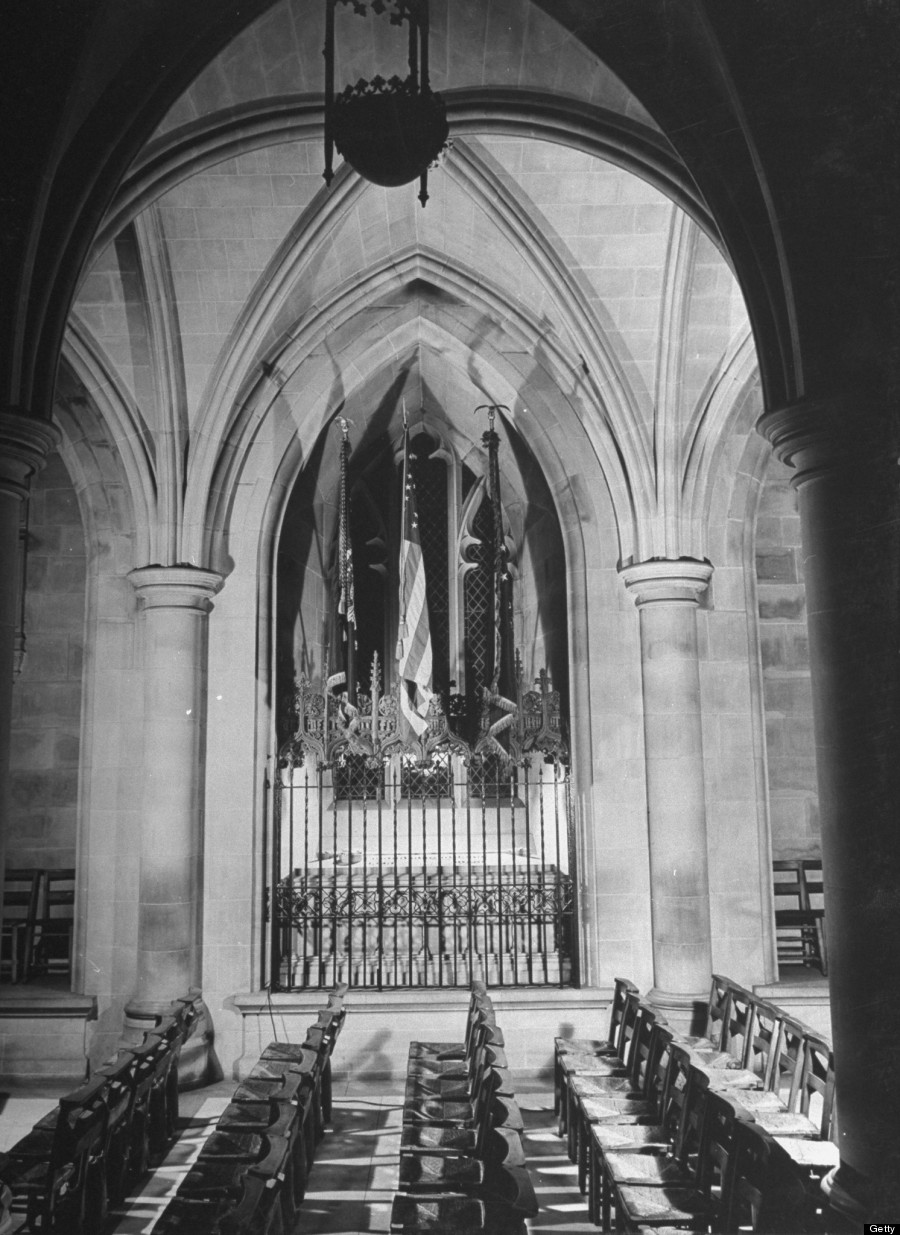 Apparently, this stunning cathedral is home to the ghosts of a president and a church employee, as well as countless gargoyles and a crypt. Visitors say that Woodrow Wilson, the only president buried there, walks the halls at night, as they can hear the gentle "tap, tap" of his cane. Another reason for paranormal activity is the 1946 library murder. People have reported feelings of unease as well as the sensation of being watched, coming from the corners of the basement. 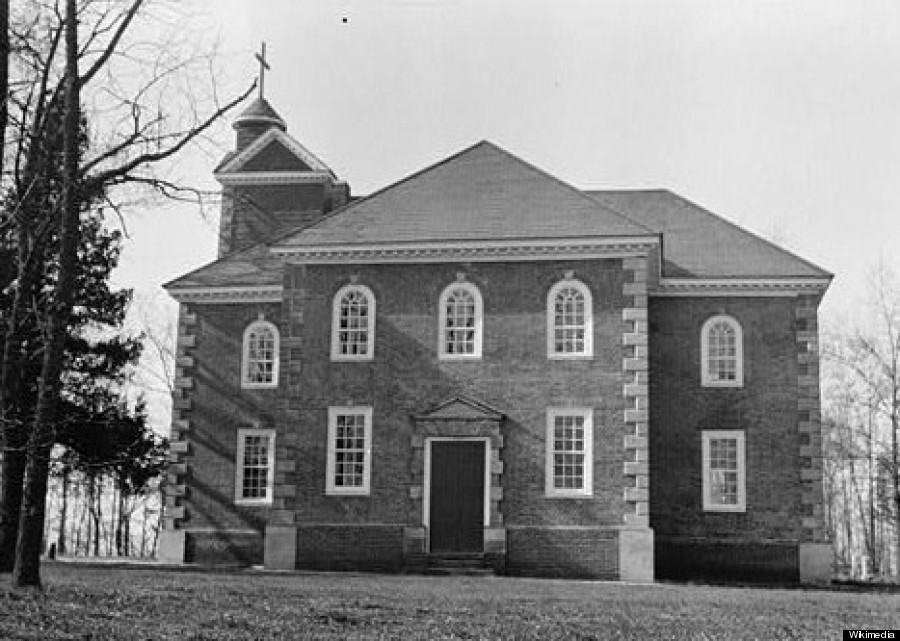 Built before the Civil War, this church is reportedly visited by the ghost of a solider killed during the conflict. The most haunted part of the building is the church tower. Others claim that the reason for the haunting involves a young woman who was murdered there. The eerie lights and unexplained sounds are reason enough to stay away after dark.

Check out the rest here:

CORRECTION: A previous version of this slideshow misidentified the St. Louis Cathedral in Louisiana as the Cathedral Basilica of St. Louis in Missouri. 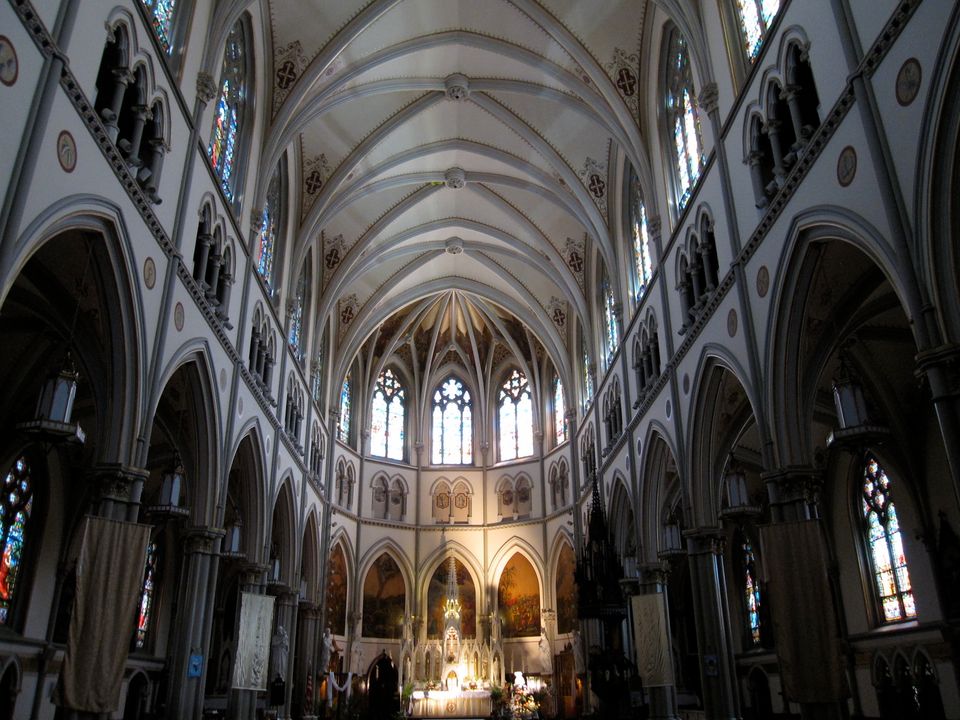 1 / 20
Most Holy Trinity Church, Brooklyn, NY
This church is said to be extremely haunted, as a school was apparently built on the grounds of a cemetery that was on church property that still has spirits hanging around. Apparently a pastor and bell ringer were murdered in the building, and their vengeful spirits are the reason behind most of the hauntings, which include lights going on and off unexpectedly, ghostly voices in the hallways, and the appearance of a bloody hand print from the dead bell ringer. <a href="http://voices.yahoo.com/haunted-churches-united-states-6954998.html" target="_blank">h/t to Yahoo! Voices</a>
WikiMedia: