Imagine buying a property, spending thousands to refurbish it and get it up to code, only to find out it's haunted.

That's bad news for most of us, but if you're in the haunted house business, any suggestion that you have an actual ghost on the premises is good news.

Bud Stross, who owns and operates the Dent Schoolhouse, a haunted attraction built on the premises of an old schoolhouse in Cincinnati, boasts that his establishment was supposedly the site of a mass murder.

"The school opened up in 1894 and was shut down in the 1950s after it was discovered that a janitor named Charlie McFree killed a bunch of kids and put the bodies in the basement," Stross told HuffPost Weird News.

Although Stross' employees had reported spooky encounters, he admits he was skeptical until two weeks ago when he had his own encounter with an apparition.

"It was around three or four in the morning when I caught something in my eye, a lady in a black mask," he said. "It was my first ghost. We jetted out pretty quick."

Stross said there have been other strange events as well.

"The guys in the construction crew were skeptical, so when they report hearing strange footsteps, I take them seriously," he said. "We've never had a problem that hurt the show, but some actors have been pinched."

Not wanting to let a good thing go to waste, Stross has used the alleged ghosts as a marketing tool. However, while some people might raise their hands in fear, others might raise their eyebrows in skepticism.

Stross freely admitted that he's tried to research the history of the Dent Schoolhouse, but said records are inconclusive.

"The district that the Schoolhouse is in -- District 12 -- is the only one with corrupt records, suggesting a cover-up," he said. "And the Cincinnati Enquirer has no stories about it. It's really strange because we're always looking for information about it."

The idea of a paid haunted house actually being haunted isn't as uncommon as you might think.

Editor Larry Kirchner said the owners of these attractions didn't necessarily intend to locate their businesses in haunted real estate -- it was a coincidence based on market realities.

"You have to go back to the 1980s, when haunted attractions started getting big," Kirchner said. "The owners were looking for spooky-looking houses on the outskirts of town. Well, those houses are all gone. They've been turned into malls. Now, the new attractions are being built in the inner cities, in old warehouses."

PHOTOS: HAUNTED ATTRACTIONS THAT MAY REALLY BE HAUNTED (STORY CONTINUES BELOW)

Or in the case of the Pennhurst Asylum in Spring City, Pa., on the site of a former mental institution.

Randy Bates has been running a haunted house on the grounds, which, between 1908 and 1986, housed as many as 25,000 mentally disabled people.

"There were allegations of abuse there, and slowly but surely, it was finally shut down," Bates said. "The property basically rotted for 24 years. My partners purchased the property hoping to develop it, but there were so many things needed to bring it up to code that it wasn't worth it.

"I already had been running a successful haunted house called Bates Motel, so they brought me in to turn this place into another haunted house."

Although Bates hasn't seen a ghost on the site, he sometimes sees strange flickers of light. However, employees report having very creepy encounters.

"One female employee had something happen and had to be escorted, she was so freaked out," Bates said. "Just recently, another guy, who had worked for me for two years, came out of a building so fast he almost tore the hinges off. He stayed away for three days. He came back, but won't talk about what he saw."

But while the PennHurst Asylum's haunted rep is known enough to attract spook-seeking shows like Ghost Adventures and "Ghost Hunters" (which will do a live broadcast there on Halloween), there are other haunted places that charge admission but don't feel the need to advertise the possibility of real spooks, such as the Cutting Edge Haunted House in Fort Worth, Texas.

Owner Todd James said the attraction is built on the site of an old meat-packing plant in an area of town once known as "Hell's Half-Acre."

"There were lots of gunfights here," he said. "The place has lots of personality."

James said that while he hasn't seen any ghosts, a few of his staffers have run into a gangly ghost they have named "G.G."

"It moves fast and it's really thin," he said. "It's very creepy. We have an artist that won't work in that section. People also report seeing an old janitor type. He almost looks like a transient and somebody will turn their head to say something and he'll be gone."

James said that when the house was first built, tools would mysteriously disappear and that he's had doors inexplicably locked behind him. Despite this alleged haunted activity, James said he "can't confirm nor deny" the existence of ghosts. In addition, in 22 years of business, he hasn't relied on the supposed real spooks to attract customers.

"We've never pushed it as an angle," he said. "We think our event is very well done and that's what we push."

Kirchner said, if pressed, most owners of haunted attractions will admit they don't believe in ghosts.

"For a house to be haunted, you have to believe that there is such a thing as a haunted house," he said. "Most, if not all, owners of haunted houses do not believe their houses are haunted. But the perception helps them make money and they will play it up and emphasize it." 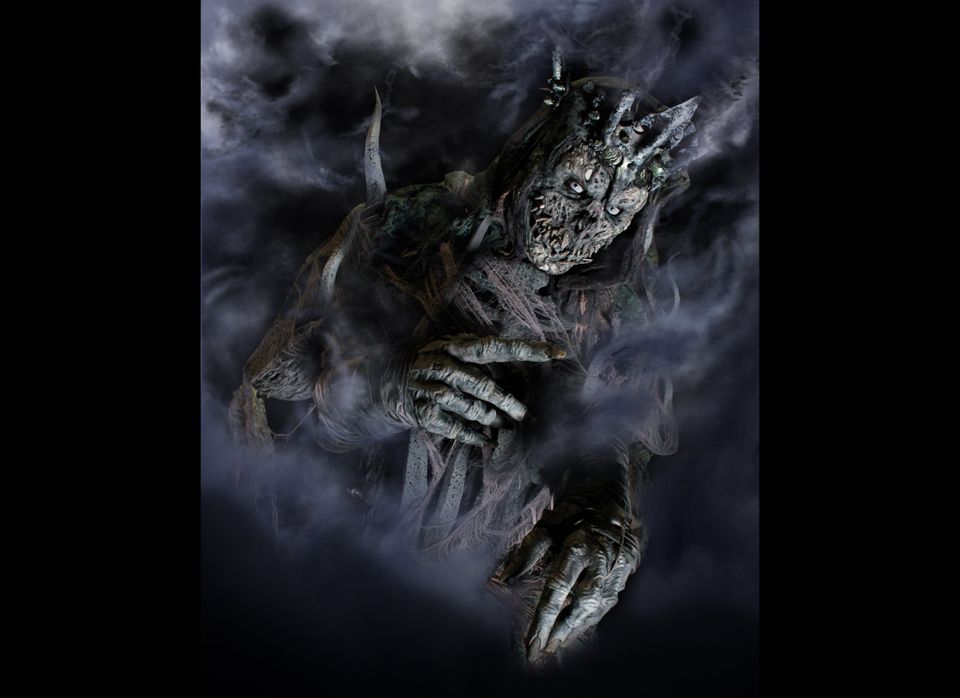