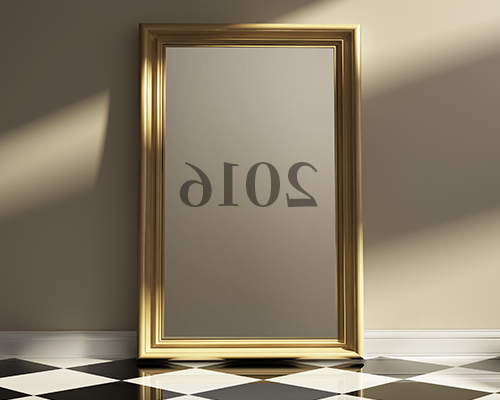 Have a counter-intuitive new year! Wouldn't that be a great salutation for 2016?

I'm not dismissing the practice of wishing people a happy, healthy, safe or prosperous new year. But the standard greetings, like any phrase repeated too often, tend to become white noise.

Have a counter-intuitive new year -- that's an opening for meaningful conversation or self-reflection.

This idea occurred to me after speaking with Daniel Pink on this episode of Wavemaker Conversations: A Podcast for the Insanely Curious, and reading a great piece on his web site which I'll share in a moment.

Many people have discovered Daniel Pink through his writings on motivation. It's the main theme of his book Drive, and plays a role in his books A Whole New Mind and To Sell Is Human. His presentation entitled The Puzzle of Motivation is one of the ten most viewed TED talks ever.

Pink does not rest on his research-driven, intuitive laurels. During our podcast, I asked him if he'd gotten anything wrong in his writing.

Yes, he quickly volunteered. He believes he missed something critical when exploring the impact of purpose on motivation.

"I define purpose as doing something in the service of something larger than yourself or doing something that leaves a big imprint on the world, when, in fact, I left out another dimension of purpose, which is simply making a contribution. ... You can think of it as purpose with a small 'p.'"

Pink cites some fascinating research on the subject.

"... You have all these people who are, like in the hospitality industry, kind of back of the house, who don't interact with people fully. And when you allow them to see the purpose of their work, they're not ... solving the climate crisis. They're making someone an omelet. But when they can see who they're making the omelet for, they do their work better. And that's what I think of as purpose with a small 'p,' and it's enormously important. I completely whiffed on that in the book."

There is much more to learn by listening to my Wavemaker podcast with Daniel Pink, including, for you Pink fans, how he responds, in the opening minute, when I challenge him to write the first lines of his own living obituary.

After our conversation I came across Pink's Flip Manifesto: 16 Counterintuitive Ideas About Motivation, Innovation And Leadership. It's packed with actionable intelligence that will help you re-examine the way you approach life in 2016.

To those of you whose intuition is telling you not to subscribe to Wavemaker Conversations: A Podcast for the Insanely Curious, even though it is free and filled with wisdom from the most creative thinkers and respected leaders in a wide variety of fields ...

To those of you who believe you can't find a way to carve out 30 to 60 minutes to get smarter when you're stuck on a plane, on a train or in rush hour traffic ...

If that is what your intuition is saying, then I have one wish for you.

Have a counter-intuitive new year!

MICHAEL SCHULDER is the host of Wavemaker Conversations: A Podcast for the Insanely Curious. You can subscribe for free here on iTunes.