Have convenience stores replaced restaurants as consumers' top choice for prepared food? Researcher The NPD Group's QSR Plus Retail Market Monitor--a continuous, daily tracker that monitors awareness, trial, and usage for QSR operators in major markets and nationally--finds that the number of prepared-food purchases made at retail outlets (c-stores and supermarkets) per customer beginning March 2015 through June 2015 period is more than six visits higher than those made to QSRs in an average 4-week period. The new data validates that c-store threat that NPD reported in 2013.

Food offerings at c-stores and supermarkets have improved greatly in quality and variety. We're not talking rotisserie chicken and hot dogs on rollers. Consider The Burger Bar by Wegmans (below), a fast-food area within a few Wegmans supermarkets in New York and Maryland. Its menu is impressive, with nine different burger builds that include a $10 Lamb Gyro Burger and an $8 South of the Border Veggie Burger. That's quality and pricing that matches many fast-casual burger concepts.

There are nearly 153,794 c-stores in the U.S., according to trade group NACS. Supermarkets number nearly 42,000. According to NPD's Spring 2015 Census, there are 6,092 independent burger QSRs and 45,555 chain burger QSRs. So burger restaurants are outnumbered by c-store competitors. Where QSR restaurants have an edge is in marketing power.

What are consumers buying at c-stores? They outsell restaurants on purchases of coffee, snacks, breakfast foods, soft drinks, and Mexican foods. Many of these purchases are in conjunction with fuel buys. Between meals and in afternoons--dayparts restaurants have been slow to go after--c-stores are winning the battle for consumer snack dollars, too. Supermarkets hold a high share of purchases of chicken, side dishes, and salads. 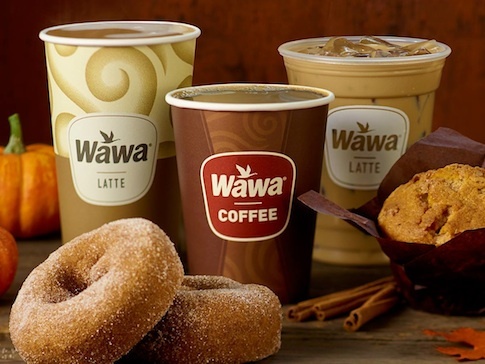 "Consumers use QSRs, convenience, and grocery stores interchangeably for fast food, particularly when they find the same quality and variety," said Bonnie Riggs, NPD restaurant industry analyst, in a release announcing the new data. "The lines between retail foodservice and QSRs are blurring for consumers, and these channel s are competing for visits from consumers looking for a quick meal or snack."