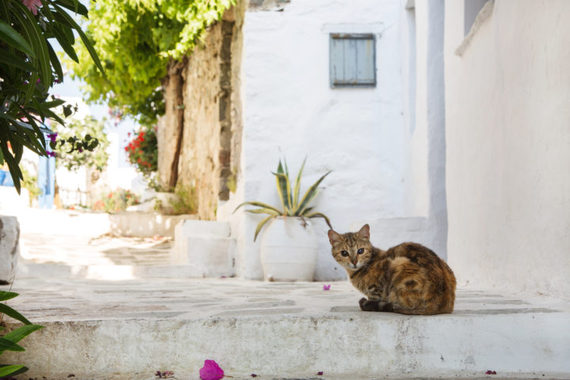 Dog owners have it easy. Whenever you see pictures of dogs traveling, their smiling faces are hanging out of car windows, ears flapping in the breeze, tongues out - the epitome of pure joy.

Have you ever seen a picture of a cat traveling?

Let me rephrase that. Have you ever seen a picture of a happy cat in transit? The answer is most likely no. Unlike dogs, cats do not travel well. As an owner of two cats, I'll tell you a little secret: traveling with them is no picnic from the human side, either. Unfortunately, it's a necessary evil sometimes. 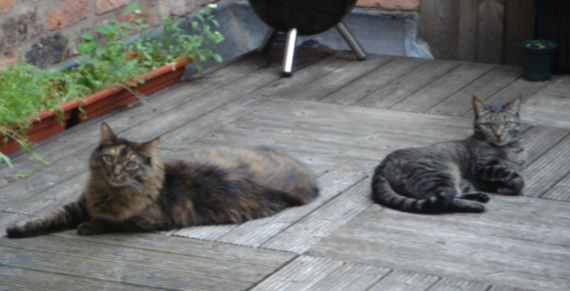 For me, it was an easy decision to bring my furry friends, Cooper and Loca (above), along when I moved to England in 2009. At the time, I had absolutely no idea what international travel requirements lay ahead of me -- or how long they would take to complete. I also had no idea I would be doing the reverse journey with them in 2015, but alas, here we are.

So, here's a bit of a primer on what to do if you're thinking of flying with your cats.

Right, now that you've decided you can't live without your cat(s) coming along on a trip, here's what you do.

As any smart traveler knows, people need to do their due diligence regarding a destination - checking if they need visas, vaccinations, etc. The same is true - and even more intense - with animals. With England, as it's a rabies-free country, my NYC vet had to draw blood from Cooper and Loca and send it to an EU-approved lab in Kansas where it was tested over several weeks. There are certain shots that had to be administered within a few weeks of traveling and then again just a few hours before departure. Some countries require a pet passport. Coming back to the U.S. was not as strict, but again it depended on what state - even what city -- you were returning to.

Once you have the crate, it's essential to get your cat used to it. Just think of yourself being stuck in a room for a few hours - you'd much rather it be a place you recognize and are comfortable in than somewhere you've never been before. I had mine built and ready in my apartment for a few weeks and would encourage Cooper and Loca to go in the crates, wooing them with comfy blankets, toys and treats. When they're actually in transit, only a blanket/cloth can remain in the crate, so it's best if it smells like you or their home atmosphere.

Do some searches on what airline is currently best at transporting animals. The last thing you want is for an airline to endanger or lose your cat because of heat/cold in transit. (The temperature for the animal cargo area is meant to be the same as for the human passengers.)

Before you book your own plane tickets, call the airline directly. They have limited amount of spots for animals per flight, so you need to book your cats before you purchase your own seat. (If for some reason, the human seats are gone, you can usually just switch the animal travel dates free of charge.)

By calling the airline, you might discover that you actually can't complete this all yourself, that a pet shipping company is required. They won't handle the vet visits, but they will handle booking your cat on the flight, plus the airport portion of the journey (they can pick up your cat or you can drop them off, both options occur around four hours before your flight). Remember, this is all for international travel. Cats traveling domestically stay with you the whole time - even going through security, so you might want to trim their nails so you don't get scratched up.

You might think that you can give a cat tranquilizers and sedatives to just sleep away the journey. Unfortunately, this is not allowed as the drugs can have adverse effects at flight altitudes. Your best bet is to play with them a lot before they go into the crates. When mine flew, they were only allowed a water bottle in the crate, but no food.

Make sure in your carry-on luggage that you have any and all paperwork relating to the recent vet visits as well as the exact location of where you're meant to pick up your cat. Sometimes the pet facility can be in another terminal. Keep all paperwork and phone numbers handy for your pet shipping company as well.

Now sit back and try not to be too frazzled, wondering if your kitty is warm enough or totally freaked out to be near that Doberman you saw in the drop-off area, or myriad other reasons that might come to mind. Just allow yourself to pass out as your cat is most likely asleep out of boredom!

Annemarie Kropf is a deal expert at Travelzoo and based in New York. Travelzoo has 250 deal experts from around the world who rigorously research, evaluate and test thousands of deals to find those with true value.

Stunning Images From Around The World
More:
travelpet travelPetstravelzoo
Newsletter Sign Up
An essential daily guide to achieving the good life
Subscribe to our lifestyle email.
Successfully Subscribed!
Realness delivered to your inbox