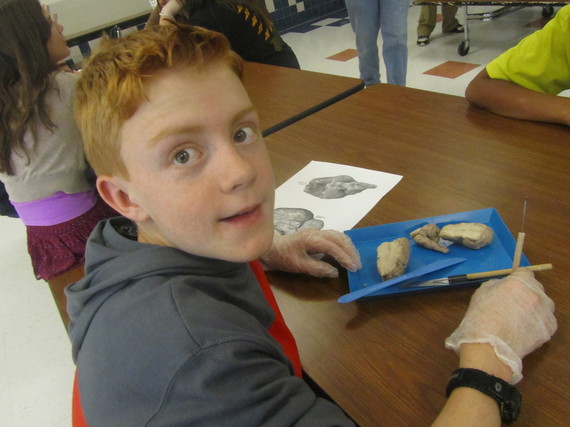 Being an applied neuroscientist, I was stunned as I skimmed my daughter's 7th grade life science textbook and found that only 8 out of 400 pages discussed the nervous system. This amounted to one section of one chapter. In contrast, while genetics are certainly important, there were two complete chapters devoted to this topic.

Then, I discovered that schools explicitly prohibit students from doing science projects that involve brain or behavior science. For such studies, a human studies board review and approval is required, so schools simply prohibit any studies involving people or animals. There is no field of science with more direct bearing on the effectiveness, productivity, and happiness of youth than neuroscience, yet students are being discouraged from exploring it.

As schools jockey to assert their STEM (science, technology, engineering and math) credentials, youth are offered an array of programs focused on robotics, rockets, computer programming, and other topics. However, virtually no activities are available to youth that focus on neuroscience and related brain science, despite neuroscience being one of the most active fields of science today.

To change this, I launched a program 2 years ago known as Brain Hackers. The program is being piloted as an after-school program for middle school students in Tijeras, New Mexico, near Albuquerque, and is poised to expand into other middle schools, as well as elementary and high schools, during the 2015-2016 school year.

Based on the number of students in the program, Brain Hackers has been a hit. In each of the first two years of the pilot, more than 50 students have participated, which accounts for one-seventh of the school population. This is equivalent to the total number of students on the school's sports teams.

I believe the program's popularity is rooted in making science relevant to the everyday experiences of youth. Brain Hackers presents pertinent topics from neuroscience, but makes them relatable, mixing brief 10-15 minute lectures with fun and engaging activities.

In its first two years, Brain Hackers has covered an array topics. For example, a discussion of how the brain constructs 3-D representations of space led to a lesson in creating 3-D chalk sidewalk illusions. In another activity, student learned how the brain experiences music and then use an online tool for authoring music to create songs that conveyed different emotions. 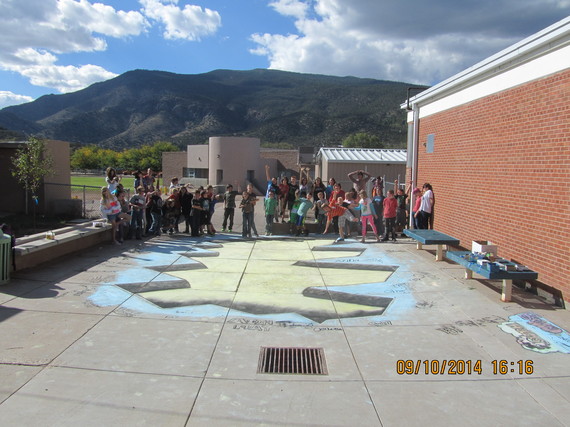 The most popular topic has undoubtedly been the module entitled "Girl Brain - Boy Brain." The module begins with a lecture concerning the physiological differences between the female and male brains. Then students participate in an activity in which six major neurohormones are each assigned a different color of sand and the students mix the different colors of sand in proportions equivalent to what is found in male and female brains. It has been almost a year and the kids are still talking about this activity.

Students also learn to use EEG (electroencephalography) to observe and interpret their brain activity and create brain-controlled computer games and robots. It is incredible how with low-cost consumer grade EEGs such as the Emotiv Epoch and freely available middleware such as Puzzlebox, the students can construct brain-computer interfaces that are equivalent to what would have been dissertation projects only a few years ago.

This school year is offering a completely new set of activities. With the assistance of local neuroscientist Russell Morton, the program will adapt Morton's "Brain of a Zombie" lecture to create a stage production that will be performed by the youth as a pre-Halloween school assembly, and for the community at a nearby community center. The book Do Zombies Dream of Undead Sheep by Timothy Verstynen and Bradley Voytek has provided the inspiration for this original play.

Last spring, at the end of the school year, I asked the students what topics they would like to see the program cover, and several said, "Artificial Intelligence." Based on this request, an upcoming section will involve first learning about different brain functions and associated brain circuitry and then, attempting to model how the brain accomplishes the same functions using Lego Minstorm robots. The robots offer a unique opportunity to create a software program that emulates a function and then test it in the real world. 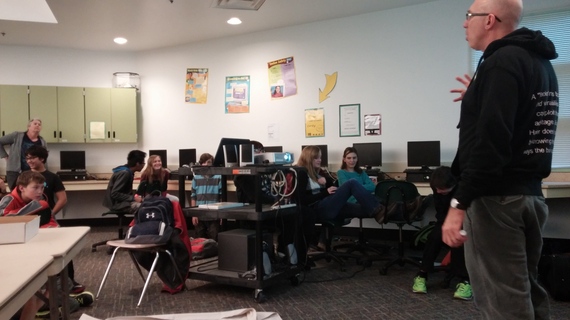 For the past 7 years, I have conducted youth programs focused on robotics and repeatedly seen a pattern where kids start out enthusiastic in third and fourth grade, but by middle school, lose interest. This has been particularly true with the girls. By focusing on the relevance of science to everyday life, Brain Hackers has been successful in sustaining an interest in science through middle school. But notably, there has been an approximately 50-50 ratio of girls to boys, which is remarkable for a STEM program, especially given that the program is open to everyone and no special efforts are made to recruit and retain girls.

Every Wednesday afternoon, I look at the room full of kids who have gathered for the weekly Brain Hackers Club meeting and remind myself that every one them could have been at home playing games or watching movies on YouTube, but instead, they have chosen to spend their time with me learning about neuroscience and how it relates to everyday life. Some may go on to become neuroscientists or bioengineers, or pursue some related profession, but I know that no matter what they chose to pursue in college and later in life, they will benefit from having a practical understanding of their brain and how it affects their everyday experiences in life.

Chris Forsythe is the President and Founder of the Brain Hackers Association and a Distinguished Member of the Technical Staff at Sandia National Laboratories. He has more than 25 years of experience in applied neuroscience, with an emphasis on improving human performance. He has led youth STEM programs, including championship robotics teams, for the past seven years.

The Brain Hackers program is offered through the non-profit Brain Hackers Association. All of the resources created to date are freely available on its website. While still in its earliest stages, a primary goal of the program is to support others interested in starting up their own Brain Hackers programs within schools, museums, community centers and other organizations. While a background in brain or behavioral science is helpful, it certainly is not necessary.

Committed to the development of mind and brain research