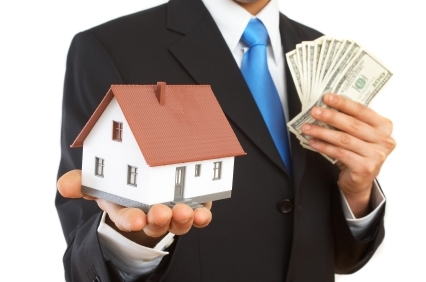 Residential rental property investing has always been a stable long term investment strategy for investors who want steady cash flow and appreciation in asset value as well. It's also a great way for the small investor to get started. In fact, small investors account for around 95%+ of all residential rental property owners1. This is despite the surge in institutional and big player investing that became quite popular in 2013.

Blackstone Group is the most publicized of the major investment firms, but American Homes 4 Rent and Colony American Homes make up the rest of the top 3 large landlord group. According to a Bloomberg article, Blackstone spent $7.5 billion on about 40,000 homes, taking advantage of the super low prices post-crash2. Working with Deutsche Bank, Blackstone planned a bond offering in late 2013 based on the rental income generated by these properties. Fitch Ratings wouldn't consider a AAA rating on these bonds due to "concerns about investors' recovery prospects in the event of a bankruptcy and the lack of a track record that owners can profitably manage large numbers of scattered homes..." according to the same Bloomberg article.

That $479 million bond offering was released in late 20133, and was widely advertised as a welcome new source of capital and a great deal for investors. The bonds were easily sold, and Blackstone had estimated a 95% occupancy rate to guarantee a great return for investors. Things haven't quite panned out as expected however. In February, NakedCapitalism.com published an article4 with some statistics about the performance of those rental properties over the previous three month period.

Points made included:
• An 8.3% vacancy and delinquent rate instead of the expected 5%.
• Expiring leases and early tenant departures were cited as primary reasons for lower occupancy.
• Rental income over the three month period fell by 7.6%, assumed to be primarily due to the need to reduce rents to keep units occupied when leases expired.

An article at MotherJones.com5 cited troubles in tenant relations and increased rents that have contributed to early departures and even some lawsuits. The article states that in Charlotte, NC, Invitation Homes (Blackstone's rental property unit) had raised rents by as much as a third and filed eviction proceedings against nearly 10 percent of its renters.

So, what's the deal? If tens of thousands of small mom-and-pop investors have proven the success of single family rental home investment, why haven't the financial wizards done better instead of struggling with these problems? First, I think Fitch Ratings was wise in understanding the problems that these companies would face in trying to maintain and manage properties spread across multiple states. It isn't easy. The small investor has for many years known that they are most successful in rental property investment when they stay close to home.

When you're concentrating your rental properties in areas near where you live, you can monitor them better, drive by and visit to check condition, and you can respond better to tenant requests and maintenance issues. When you excel at serving your tenants, you see far fewer problems with early tenant departures, non-payment of rent, and disputes over condition and repair issues. You also normally have a pretty good handle on your local market, population demographics, and who will pay and how much they'll pay to live where you own properties. Staying close to your customers is good for any business.

Have the big players made it more difficult for the small investor? I think so if you consider their large purchases have helped to raise prices. However, if they don't figure out how to deal with the many widely dispersed properties, improve their management and collections, and get more positive tenant relations news reported, they're not hurting the small investors much at all. We'll see, but my money is on a healthy rental investment market for the small investor well into the future.