Have you ever watched a person die?

Bullet holes protruding through red glistened, black skin as if on a recon movie set in your own back yard. 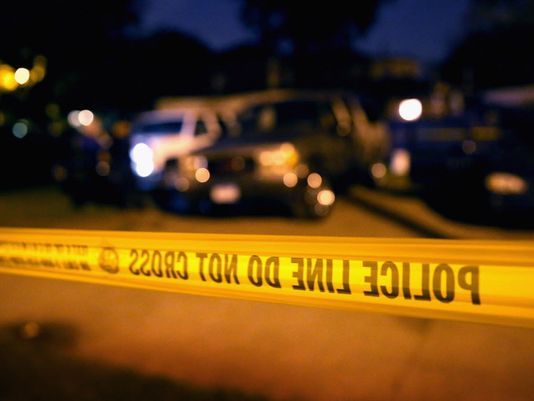 Have you ever stood on blood spotted concrete, underneath the spotlight of the sun, in the prime of your innocence?

Watching one child cousin wipe another child cousin's tears underneath tones of "I don't want to die" coming from the ground, never to be harmonized with sirens to rescue such horror.

Have you ever been trained by family on what to do when gun shots interrupt the silent nights?

Illuminating television provides comfort, along with grandma's voice saying to stay on the floor until bullet rounds dissolve temporarily into the dark, cold night.

In your community, does small talk amongst children involve the latest gunshot victim in the neighborhood followed by games of Tag and Ding Dong Ditch?

Laughter and play intertwining with the very real possibility of a violent death, hanging like a shadow, towering over youthful heights.

Is breaking a generational curse one of your biggest unknown accomplishments or goals?

Cycles of violence, poverty, and drug abuse are the norm spanning across your family's generations, grabbing hold of you like the shackles they once wore pre-emancipation.

Were you born sinking--with only those closest to you having the ability to teach sinking, knowing very little about swimming?

As a child, I often cried in unison with other young children on the Westside of Chicago.

Have you ever heard Chicago children cry?

I've long been hearing the voices of Chicago's children cry.

No matter how or why, it is hard to justify the continuous cries with blame and criticisms of their ties to an ongoing plight that has lead to the demise of countless lives for way too much time.

Would you ever ignore your child's cry?

Why do we ignore our inner-city Chicago children's cry?