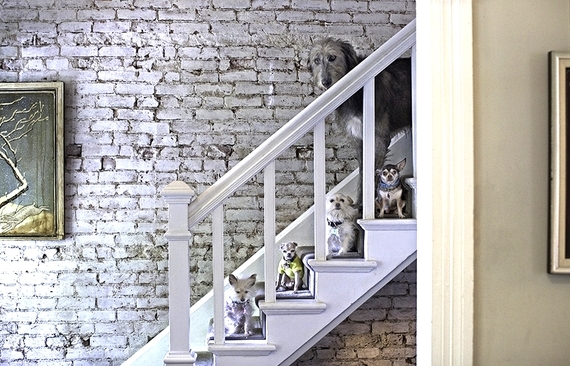 I have always had an eye on the Instagram account @Wolfgang2242 so when Nancy LeVine reached out to say she had just visited Steve Greig, the owner of that account, to do a shoot for her upcoming book SENIOR DOGS ACROSS AMERICA, I jumped up and down. 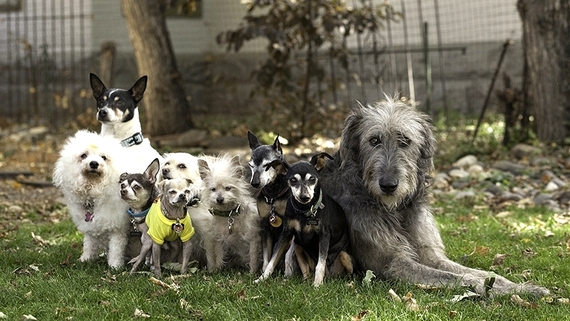 Nancy: "I was following @Wolfgang2242 and each photo he posted of his beloved family of nine dogs, Bikini the pig and assorted others, brought a smile to my face. So much love and charm. When I realized they were mostly senior dogs, I thought they would be wonderful to photograph for my book Senior Dogs Across America. Both our Instagram feeds (Nancy's is @senior_dogs_across_america) feature senior and rescue. It is such a unique time in visual history that allows for unexpected new discoveries and heart felt collaborations."

FROM STEVE: "I'm an accountant. I live in Colorado and I have always had animals as long as I can remember. My parents were both animal lovers and I inherited their gene. Of course, I haven't always had nine dogs and a pig. When I was a young adult I only had one or two dogs. When one of my particularly well loved dogs died, I was so distraught that I needed something good to come out of his death. That's when I realized that if I were to give an animal at a shelter that had little or no chance of being adopted a good life, then the death of my dog would at least have some meaning and something good could come out of it. So I went to the shelter to find the oldest, least adoptable dog and that's how it all started. At this point in my life I have the means, support and physical ability to care for several dogs and the fulfillment I get out of doing that is immeasurable. 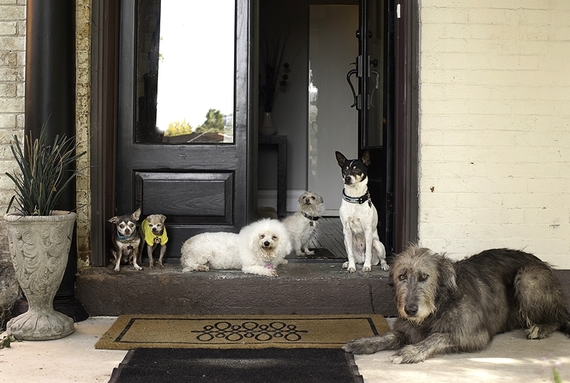 All of the dogs in my house were adopted with the exception of two, the Irish Wolfhound, Enoch and the black male Miniature Pinscher named Hercules, which belongs to my roommate. The rest are either from shelters or directly from someone who was no longer able to care for them.

I have a roommate and an incredible housekeeper who make all of this possible. They both provide a lot of support and generally are the ones to take care of the dogs if I have to go out of town. I also have a doggy day care for the Irish Wolfhound so that he gets to play with dogs his own size and he can stay overnight there if need be. If possible, I will take one or two with me on trips; sometimes the entire bunch gets to go, like this summer when we all went to a cabin in the mountains. 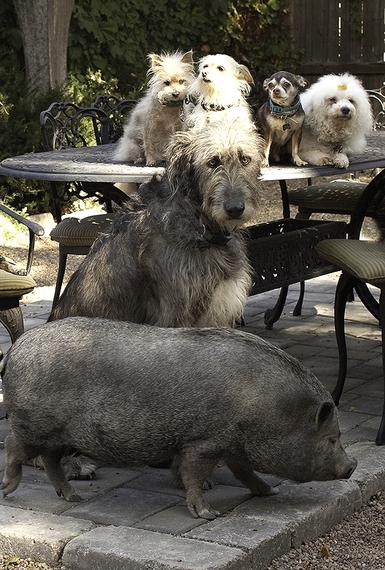 There have been some adjustments made to my house to allow for so many pets. I have hardwood floors throughout, my furniture is either micro suede or some other easy to clean material. I use a Roomba daily and have doggy doors so that they can go outside if we are gone for more than a few hours at a time.

I have had both dogs that I raised from puppies and dogs that were adopted from a shelter. I love all dogs, but there is just something special about the bond between the owner and a shelter pet. Knowing that you saved an animal from possible death has an incredible impact on both of you. "

Keep your eyes out for Nancy's book to be released in the Spring of 2016.