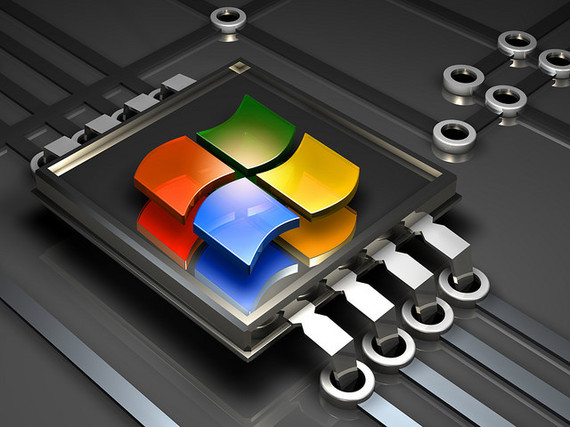 Since virtually unknown Satya Nadella took over the helm at Microsoft, the stock has steadily climbed and is currently trading near its 2-year high - hovering around $55. During the Ballmer years, the stock bounced in a narrow range between $24 and $30 per share. What's going on? Is the empire striking back?

Cashing in on cash cows

Under Gates and Ballmer, Microsoft seemed satisfied with, and addicted to, the revenues generated by its legacy, cash-cow products - Windows and Office. When it came to innovation, Microsoft trailed the market - missing the boat on search and social media. It tried to play catch-up in search with Bing, but Bing did not add sufficient value to pull users away from Google. It almost killed Windows with Vista and Windows 8. It spent a lot of effort fixing the damage. It jumped from Windows 8 all the way to 10 while skipping 9. Apparently, Microsoft does not share the Beatles' affection for the number 9, or it wanted to put further distance between the troubled 8 and 10.

Microsoft's ventures into mobile hardware have been disastrous. Its acquisition of Nokia's handset business resulted in a $7.6 billion write-off and the elimination of 7,800 jobs. In total, Microsoft Mobiles division has racked up losses nearing $8 billion with sales declines of 50% and lay-offs approaching 8,000 employees.

When Ballmer stepped down, many stockholders were happy. However, when Nadella was announced as his successor, reaction was muted. Many said, "Who?" Satya was not a "household-word" executive by any means. Even so, he has been quietly transforming Microsoft into an innovative Cloud-based company. Under his leadership, Microsoft has introduced Office 365 - a cloud based version of the legacy product many use for work and a web hosting service called Azure that competes with Amazon and Google. He is also moving Microsoft to become a major player in the IoT (Internet of Things) market - estimated to be a $1.6 trillion over the next several years.

Where Gates and Ballmer were vocal, outwardly competitive (some believe combative), and aggressively focused on PCs and the past glory of Microsoft, Nadella has taken a quieter more strategic path - focusing Microsoft on the future. His approach has been more cooperative with developers and competitors alike. Rather than act like a hard-charging dictator, he has expressed a willingness to listen that has been missing from Microsoft for quite a while.

In two short years, Satya has moved Microsoft from a company culture that was inside-out and top-down to one that is customer-focused, employee-and-partner-friendly, and innovative. Ironically, it appears that the empire (aka Microsoft) is striking back with its own Obi-Wan Kenobi character that is transforming the company into a more innovative, market-focused organization that resembles the Jedi more than the Empire.

The transformation is paying off

Since taking over the helm, Microsoft has beat sales and profit expectations. Windows 10 and other Microsoft product offerings have excited customers and developers alike. Stockholders and capital markets are energized by Microsoft's moves toward the Cloud, the Internet of Things, and its kindler, gentler approach toward partners, competitors, and customers. All told, the two-year performance of Mr. Nadella is positive. In fact, CNN Money has even posed the question, "Is Microsoft CEO Satya Nadella better than Bill Gates?" Time will certainly tell. So far... so good. For the first time in a long time, many are optimistic. Continued luck and success to Satya and Microsoft.