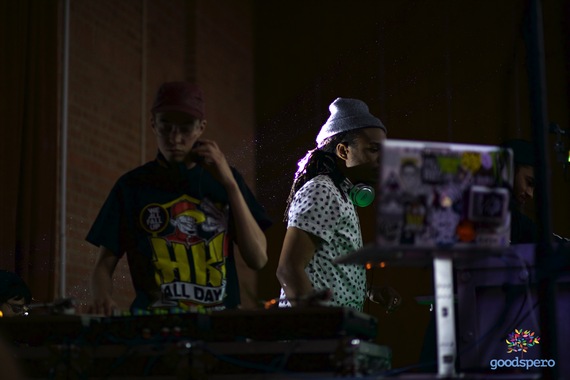 This weekend Houston based Bboy Crew Havikoro celebrated their 17th Anniversary with a three-day city wide celebration of everything the Hip-Hop culture is all about. Live music, art, cyphers, one on one Bboy and Bgirl competitions, two on two freestyle crew competitions, an art and culture panel and an archiving ceremony were Havikoro was inducted into the Hip Hop Archival Collection housed at the Woodson Research Center Special Collections and University Archives in the Fondren Library at Rice University. 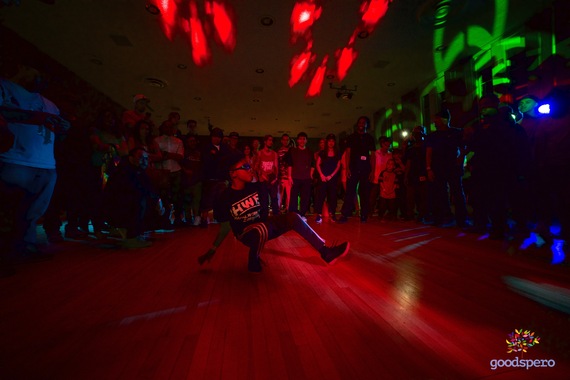 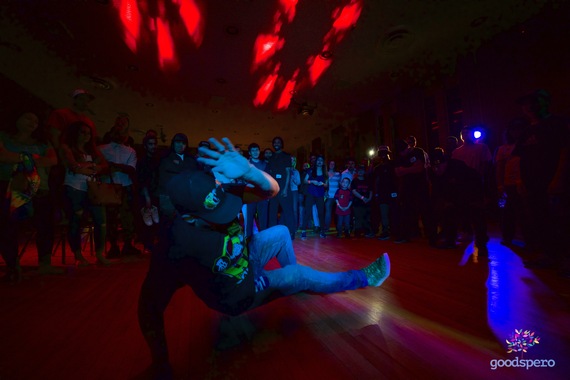 The celebrations and panel were organized in partnership with Rice University's Center for Engaged Research and Collaborative Learning (CERCL). Dr. Anthony Pinn, a Rice University professor who co-teaches a Hip Hop and Religion course at Rice U alongside Bun B of UGK were among those sitting on Sunday's panel alongside, YNOT of Rock Steady Crew, Samo of Fenz, Mazzi of DEF JAM/S.O.U.L. PURPOSE and Havikoro's Moy Rivas, Marlon 'Marley' Lizama and Mario Jaramillo and others. In front of an intimate crowd the panel touched on the history of Hip Hop, being an entrepreneur in the industry, the importance of community outreach, individualism, leadership, social media, politics and cultural/social awareness. 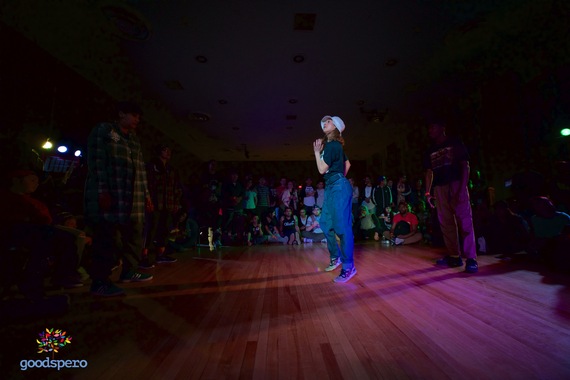 Moy, also the founder of Break Free Hip Hop School, aka Break Free Community Center in Houston, Texas shared their strategy of creating a curriculum to teach youth the fundamentals of Hip Hop in various art forms: breakdancing, art, DJing and creative writing (spoken word). Don't get it twisted. This is not about stereotypical rap lyrics, "illegal" graffiti, twerking and what mass media will have you believe is hip hop. From the moment you walk into Break Free and shake hands with any of the young men and women who run the programs you will know and dare I say you will feel the difference. 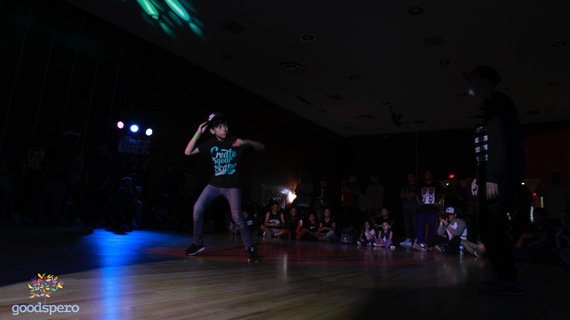 The culture of Havikoro and BFCC is all about good vibes, healthy living, self expression, inspiration and of course empowering and supporting everyone around them, especially the kids.

Saturday's competition brought together 100+ contestants from across the country. The format was non-traditional. As Moy explained, usually when Bboys/Bgirls enter competitions, people travel a long way just to compete in one round and if they lose that first round, that's it. Instead, the Havikoro Anniversary Competition started with two cyphers going on at the same time for one hour. Competitors had a full hour to show the judges their skills in hopes of placing in the top 16 spots where they would then have two rounds to compete one on one. Quarter finals had three rounds, semi finals had five rounds and finals had seven rounds. It was a true test of endurance. 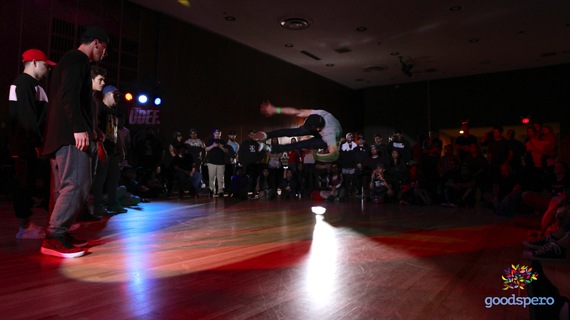 In the end, the winner who took home the trophy was a 16 year old Bboy from Chicago, Elijah "P-nut" Delgado of Self X Crew. After the win, when asked what he wanted others to know about competing or the culture in general, P-nut said, "It's all about having fun and vibing out to the music and the people." 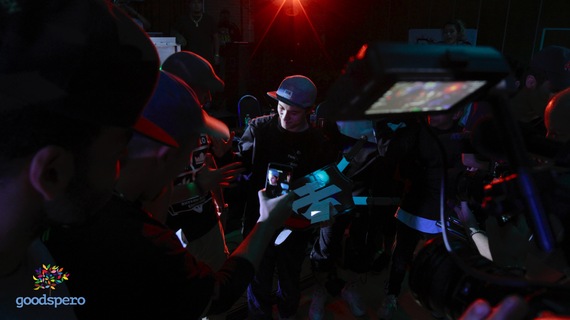 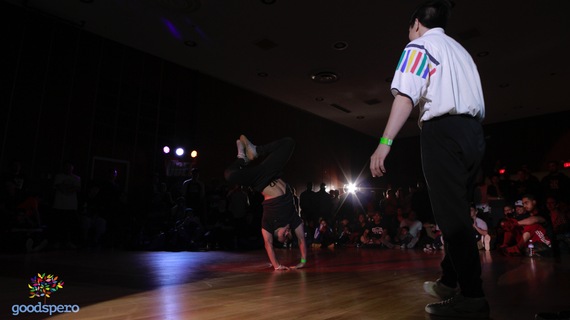 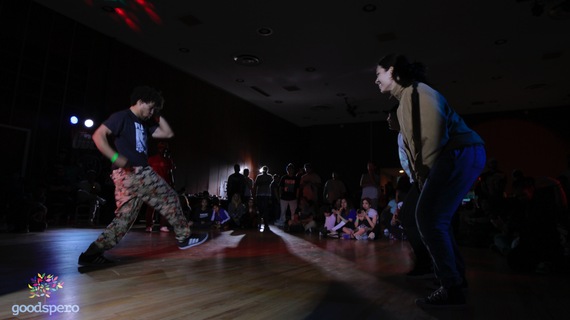 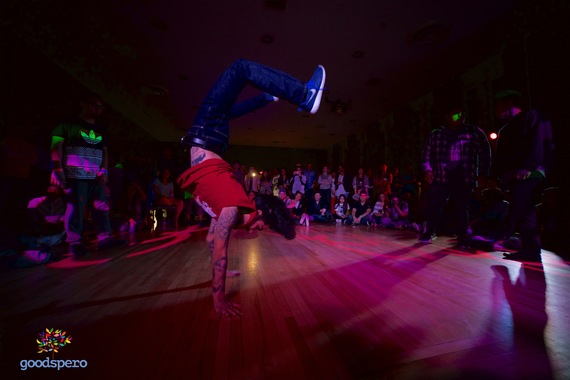 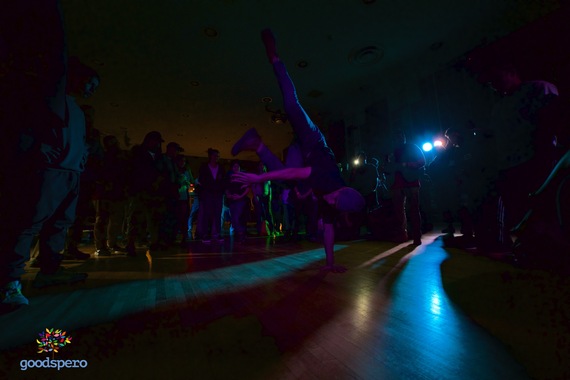 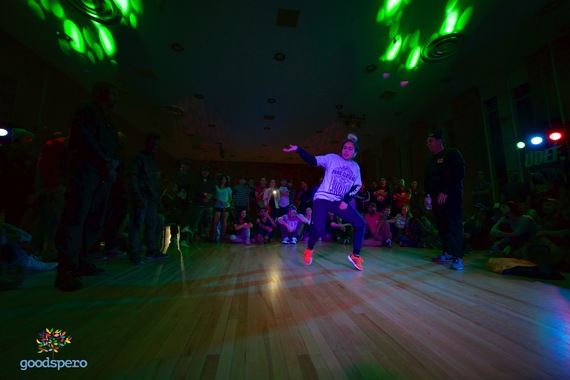