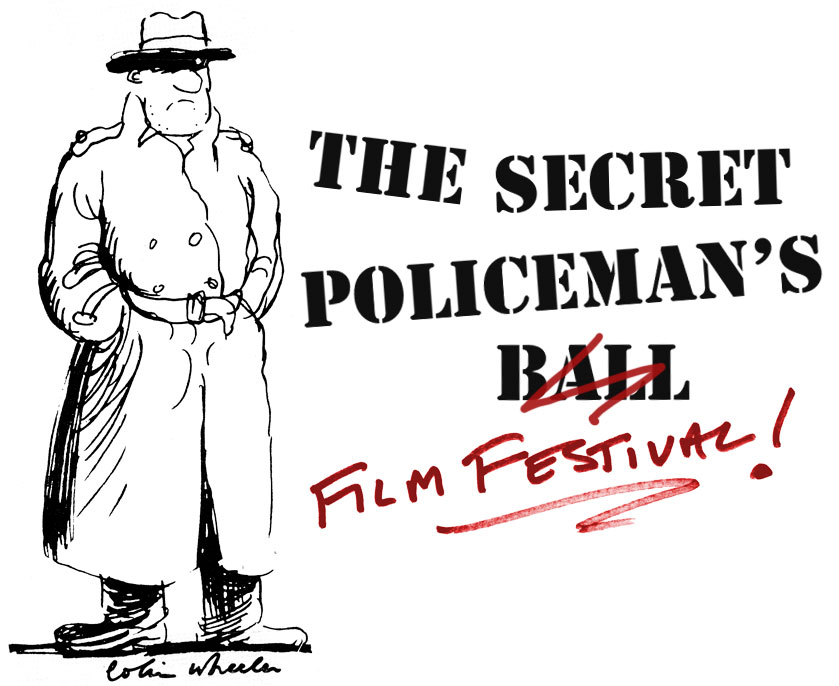 June 2009 marks the 30th anniversary of the pioneering Secret Policeman's Ball series of benefit shows for Amnesty International. The anniversary is being saluted with a major film festival in Los Angeles and New York: June 11 - July 31. Huffington Post bloggers are providing extensive coverage of the festival.

There is a comedy sketch in which John Cleese, as the Pope, is pissed off with Michaelangelo because the artist's painting of The Last Supper has three Jesus-es in it. "I'm the bloody pope!" the pontiff pontificates. If Cleese, who was so instrumental in creating the series of benefit shows for Amnesty International thirty years ago, is the Pope, then Martin Lewis, who co-created and co-produced those extravaganzas, immortalized on film, is a benign British hydra, a multi-headed, multi-tasking entertainment serpent who slithers between producing the annual Mods & Rockers Film Festival at the Egyptian Theatre in Hollywood, creating a couple of the films seen at tonight's opening and wrapping his serpentine self around his talented friends and bringing them in to perform live on grand opening nights, like last night on Hollywood Boulevard.

Thirty years of "mock 'n' roll" performances are featured in the Secret Policeman's Film Festival - which will run June 11-July 19 at the Egyptian Theatre and the Paley Center for Media in Los Angeles - and June 26-July 31 in New York at Lincoln Center and Manhattan's Paley Center. Apparently, Lewis is no longer interested in being a mere producer-writer-humorist but is bent on some plan for world domination - and delightfully so, as he presented a VIP audience a filmed retrospective of 30 years of great comedy and music, distilled from 65-70 hours of footage. Blithely ignoring Leni Riefenstahl's prior claim to a similar title - he had named his anthology Triumph Of The Ball.

But before that compilation, Lewis read an apologetic email sent by the Monty Python troupe with a litany of excuses offered for each member's non-attendance despite the members receiving "numerous offers of various sexual acts that were hinted at."

There were so many memorable clips, to be seen in their entirety later on in this film festival: Rowan Atkinson (Mr. Bean) conducting Beethoven's Fifth with arms seemingly made out of silly putty. Hugh Laurie as a naughty student being reprimanded by teacher Stephen Fry for writing a poem including the phrase, "Time fell wanking to the floor."

And the music lineups and combinations were staggering. Pete Townshend's acoustic rendition of Pinball Wizard Peter Gabriel stirring up the crowd with Biko and Sledghammer... Bono and Sting, doing quite well without last names, singing Invisible Sun together... The omnipresent Sting, this time with Bruce Springsteen, on Every Breath You Take.

And many of the musicians who will be seen in the series are still actively supporting Amnesty's efforts, such as Sting, Gabriel, Tracey Chapman, Joan Baez. A new generation of activist rockers, such as Green Day, Nickelback and Tom Morello carry on the good work.
While the Egyptian Theatre opened to the public for the US Premiere of two Secret Policeman films, the VIPs who attended the special screening squeezed into the padded cell of pleasure, that is the private enclave at the back of Hollywood's historic Pig 'n' Whistle restaurant. There, the live music featured many of Lewis' pals, including guitarist extraordinaire Laurence Juber (of Paul McCartney's Wings fame). I had told him of the book I am working on about the early years of Jimi Hendrix and rather obligingly, his first number was Hendrix's Little Wing. And for a boy from North West London, he ripped off some lovely lines on Georgia. Juber and his wife Hope have a terrific musical, It's The Housewives that ran here in L.A. at the Whitefire, now headed to the Tenth Street Theatre in San Diego and New York thereafter.

John Altman, who was involved as band leader for the first two Secret Policeman's Ball shows, sat in with a scorching soprano sax. And Neil Innes, widely known as the 7th Python, led a demented singalong of Run Away from Monty Python and the Holy Grail, singing the praises of cowardice with great aplomb.

I pinioned Martin Lewis with a bottle of mineral water and demanded to know more about the TV interview clip in which Cleese credited Lewis with coining the Secret Policeman's Ball title. "It's Martin Lewis' title. I can pin that one on him. But I thought it was quite funny." Was there any truth to the rumor that it was initially titled the Secret Policeman's Scrotum? Not a chance! Lewis explained that in the spring of 1979, he'd been having a supper meeting at John Cleese's new London home - recently acquired with interiors unchanged from its previous owner - one Bryan Ferry. (Lewis likened the decor to being "early Korean whorehouse" with an abundance of flamboyantly-draped silk). Lewis reminded Cleese that Cleese's jokey working title for the 1976 show had been "An Evening Without David Frost" (most of the cast were alumni of various Frost TV shows). Eventually Cleese replaced it with "A Poke In The Eye (With A Sharp Stick)" Reminded of his playful working title from a few years earlier - Cleese started ruminating on OTHER people he'd like to spend an evening without. At one point he tossed out "An Evening Without The Secret Police". Lewis recalls immediately blurting out the words "The Secret Policeman's Ball" at which point Cleese declared that they now had a title.

So much entertainment and information makes the brain feverish, like that of a child locked in a pantry full of candy. I concluded the evening on the fire escape, talking with comedian Emo Philips, who performed at The Secret Policeman's Third Ball in 1987 and Amnesty's Big 3-0 in 1991. He wore a disconcerting shirt that featured a doll's head on it but despite that, we came up with new car alarm sounds. His involved pleasant bird songs. Mine involved shrieking Hendrix guitar licks. I left, wobbly from too much of a good thing. But that doesn't mean I'm not going back tomorrow for even more...

• Having a Ball for Amnesty... (includes ultra-rare film clips)

• And Now For Something Completely Different: The Secret Policeman's Film Festival 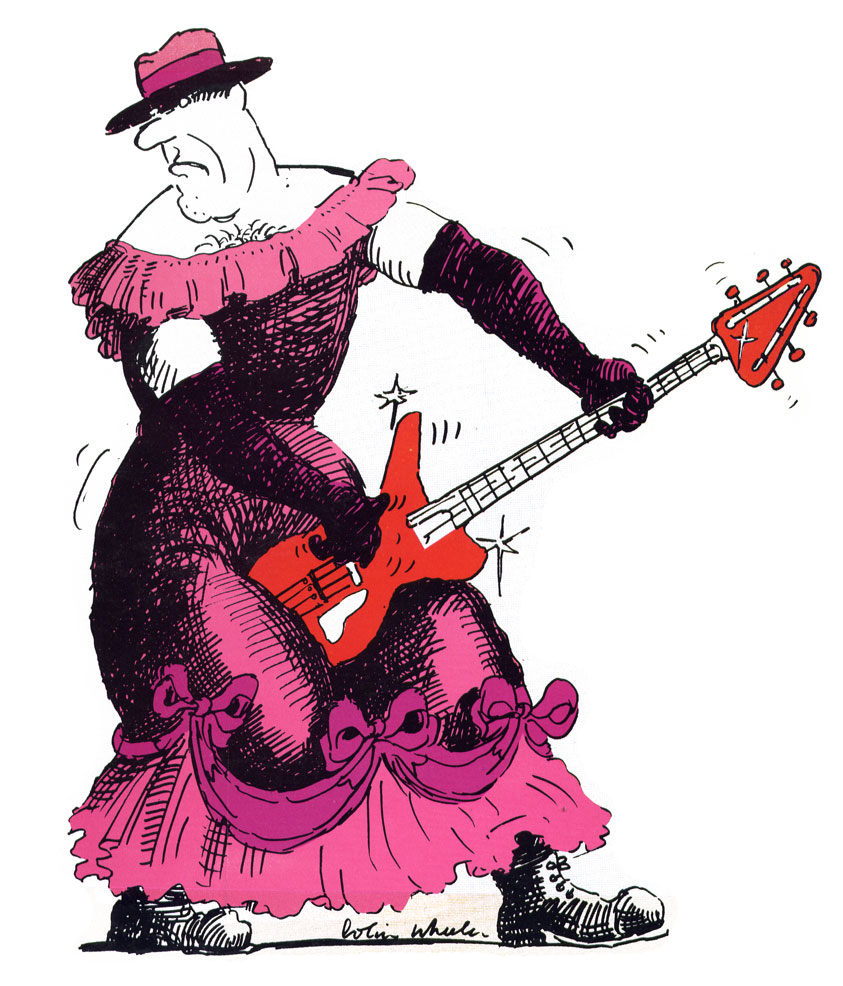 monty python and the holy grailMoviesStingHollywoodHumor
Go To Homepage