I wanted both of my boys to be girls.

That's hard for me to say now, knowing them, loving them. But it's true. When I was pregnant with Noah, I imagined Sonoma, the name I wanted to give my daughter. I imagined her curls and cute dresses and conversations about boys that we would have in her teens.

Then I had Noah, and I forgot about wanting a girl.

Noah is the perfect son for me. He's not a boy-boy; trucks and cars and balls and sports never interested him. He's an animal and dino guy, a science whiz who likes art projects and dressing up. He likes puzzles and games and cooking and intense imaginative play. Sometimes, I stop and stare at him and think, you are my soul mate.

I know that might be a strange thought for a mother to have about her son, but I truly believe that we were meant for each other -- that every moment, every decision I've made lead to Noah's birth. I was not whole until I had him.

And I don't mean that in a my-child-is-the-center-of-my-universe kind of way. I work full time as a teacher; I'm a writer who's working on her first book; I still have an active social life with friends. I mean before Noah, I was just floating around, trying to find a purpose. Noah grounded me -- in a good way.

When I got pregnant again, the dream of a girl resurfaced. Noah would have a sister and it would be perfect. He would be an amazing big brother. Even Noah said, "My sister" when he rested his head on my growing belly.

I never wanted a girl for ballet slippers and dolls and glitter accessories. I wanted a girl as a teenager and adult child, someone to confide in, someone to whom I could talk about love. I dreamed of junior-high dances and first dates and tears when boyfriends broke it off. I wanted to have someone to share in this journey of womanhood.

"The good news is... you're having a girl," my sister proclaimed when I was hospitalized for extreme nausea during my first trimester. It was a different pregnancy than I had with Noah, so I was sure little Sonoma was inside me, for real this time. We were all convinced.

As a mother of sons, I now look at everything differently -- especially love, how I treated boys, how I hurt boys, how I hurt mothers' sons. It kills me now to think of love in my teens and early twenties. How selfish I was. How if someone hurts my boys one day, I'll be heartbroken.

Today, I don't think about wanting a daughter much. I'm too busy loving Noah and his brother Atticus to care about pink tutus and period talks. But I know there will be moments in the future (wedding days, mostly) when I'll wonder what life might have been like with a girl. 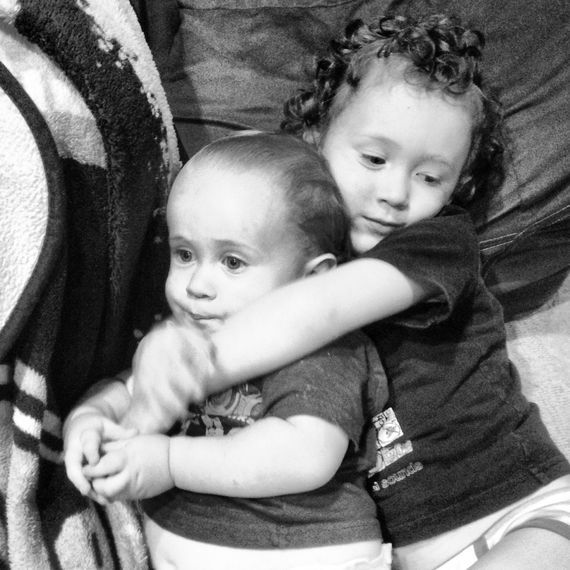 More:
boyssonsMotherhoodParenting Parents
Newsletter Sign Up
Raise the kind of person you'd like to know
Subscribe to our parenting newsletter.
Successfully Subscribed!
Realness delivered to your inbox

A Chicago-based writer and teacher