On February 3, 2015, at the bottom of a bottle of red wine, I discovered the beginning of my recovery from alcohol addiction. After seven months of sobriety, I had spent the past six weeks trying to drink normally. It wasn't working. It didn't matter how hard I tried. Reintroducing beer and wine to my system just made me want alcohol constantly. All over again. 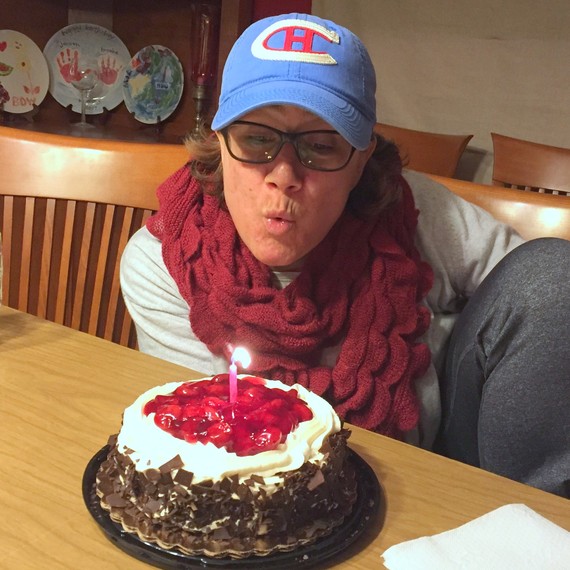 As I sipped the last of the wine, savoring every drop, I was blindsided by a brainstorm disguised as clarity. I grabbed my iPad and started typing wildly.

When I awoke the next morning after a short nap, I tried to smother my hangover with a mug of coffee, popped a few Tylenol, and got the kids out the door to school. Then I sat down to read what I had typed. I expected it to be gibberish. But it wasn't.

Possible blog names, tag lines, visual identities, custom urls for social media profiles, results of searches for anyone else using the same name for a similar blog or message, and my pen name. Because how could I possibly let anyone know who I really was. As I came to life, I realized it all made sense. It was good. I liked it; maybe even loved it. Even more than I had when I came up with it several hours earlier.

That was that. There would be no more booze. I was quitting. Again. But, this time it would be different. This time, I was going to start writing my story. On a blog born from a binge. Where anyone could see it. This time, I was going to connect on social media with other sober alcoholics, people in recovery from different addictions, and anyone whose approach to life inspired me.

I spent the day creating my website and branding my social media profiles. By 5:30 p.m., I had clicked "publish" on my first blog post. For years, I had dreamed of becoming a blogger. I absolutely love to write. But I never thought it would happen, because I never had anything worth writing about. And, I definitely never thought it would happen without a glass of wine in my hand.

And, for the past several weeks, I have been paralyzingly conflicted about this milestone, er, anniversary, er ... what is this, anyway?

The build up to this one year soberversary has been intense. The anticipation. The anxiety. The fear. Not that I will relapse. Not at all. What I've been afraid of is that I will fail to honor the occasion appropriately. It's not that big a deal ... yes it is that big a deal ... maybe it's not that important ... no, it's everything ... and so on. I've felt too queasy and, well, lame about my uncertainty to ask anyone for advice. I'm a "figure it out on my own" kind of gal anyway. Fiercely independent. And, I knew it would come to me when the time was right.

But, why was I struggling? One year is a good thing. Hell, it's a great thing. It's incredible. Huge. So awesome. But ...

Two things. First, it's not like I can pop a bottle of champagne. And, second, this isn't the end. I know, I know. Duh. And duh. Boo-hoo. Woe is me.

It's just that I love the light at the end of the tunnel. Reaching a goal. Seeing something through to completion, and then moving on to what's next. I thrive on it. And, I'm not going to get that from sobriety. Ever. While one year seems like a milestone - and will be followed by another at two years, and then another at three years, and so on - after a certain number of milestones, a trip typically ends.

Recovery from alcoholism is a continuous journey. It isn't a quick detox. It's not a New Year's Resolution or a "dry January." People ask me all the time if I think I might one day drink again. "The idea, the plan," I explain, "is not to. I simply cannot drink normally." They counter with what they think is encouragement, "Well, never say never."

No. I am saying never. Never is my goal. Never is what I remind myself when I wake up every morning. Never is what I sometimes have to think about when I pass the beer aisle in the grocery store. Never is what makes my eyes fill with tears when I've had a long day and I see a friend post a perfectly staged photo of a gloriously robust glass of Malbec on Instagram. And, never is forever.

So, this is definitely not a milestone. Maybe it's an anniversary.

But, what are anniversaries anyway? They're dates when you celebrate the beginning of something in your life. First day at work. First date. Things you added to your life because you wanted to. Not things you gave up and now fight every day to resist, dodging triggers, finding time for healthy methods of self-care, staying focused, setting and resetting intentions, turning down invitations to avoid temptation, struggling not to withdraw from everything and everyone.

Wedding anniversaries, on the other hand, in their celebration of marriage, are the renewal of the promise of forever. At least that's how we should embrace them. Ooooh, that's good.

But! I reaffirm my vows to sobriety every day, sometimes more than once. So, this really isn't an anniversary either.

Before I got sober, I made two lifelong commitments: marriage and motherhood. Every year, my hubby and I get an anniversary and our kiddos get their birthdays.

A year ago, I made a third never-ending pledge: sobriety. And, because I don't like thinking of this one year soberversary as a milestone or an anniversary, I have decided my sobriety gets a birthday. Here's why:

Sobriety is what gives me life. It is my heartbeat. It's the blood coursing through my veins. Sobriety fuels me, empowers me, supports me, and embraces me the way I have embraced it. Sobriety is a gift. Life is a gift. A sober life offers new gifts every day.

Sobriety is the air I breathe. If I deprive myself of it, I will die.

I may be 44 years old, but today is my first birthday -- my first soberthday. A birthday is a time to celebrate who we are and who we have the potential to become. Where we've been and where we're going. Between birthdays we learn lessons that arm us with wisdom. More tools for the things we need to create or repair. Each birthday launches us toward new challenges and obstacles and, when we harness the power we need to overcome them, the rewards are ours to reap.

So, on this soberthday (I like that word. I know I'm not the first to use it -- kudos to whoever thought it up.), the only gifts are those sobriety gives me and, in turn, what sobriety allows me to give to those around me. And, of course, a brand new leather handbag. Because I saved over $8,000 not drinking for the last year.

More:
healthy livingsobrietyAddiction and RecoveryaddictionAddiction & Recovery
Newsletter Sign Up
An essential daily guide to achieving the good life
Subscribe to our lifestyle email.
Successfully Subscribed!
Realness delivered to your inbox