Sure, you know about Pearl Harbor, but you probably don't realize that Hawaii's involvement in World War II extends far beyond the date that lives in infamy.

Nestled among the white-sand beaches, ubiquitous rainbows and hallowed surf breaks, Hawaii's WWII landmarks are as scenic as they are historic -- and they're just waiting to be discovered.

After you hit up the usual spots, such as the Pearl Harbor National Monument, the USS Arizona Memorial, the USS Bowfin Submarine Museum Park, and the National Memorial Cemetery of the Pacific at Punchbowl crater (which you should definitely do), be sure to also see these lesser known sites graced by history.

Check out the Natatorium, before it's too late 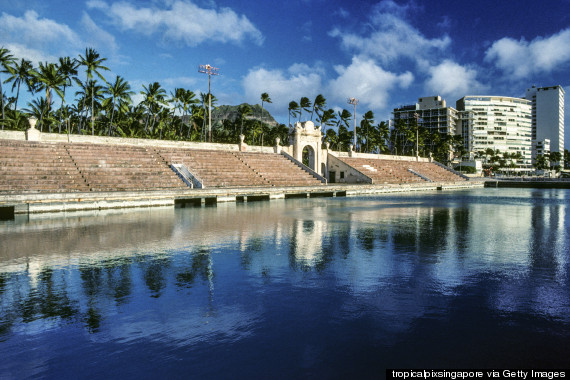 An Olympic-size salt-water swimming pool at the edge of Waikiki, the withering Natatorium is so disheveled and weathered that visitors are likely to overlook the confusing structure.

But the once shimmering example of Beaux Arts architecture and recreation was built in 1927 as a memorial to the 10,000 Hawaii soldiers who fought in World War I.

It evolved over the years, serving as a recreational center and then a training ground for WWII soldiers and a rehabilitation pool for post-war veterans. It was finally closed to the public in 1979, amid safety concerns. It’s now the subject of a long-held debate over whether it should be torn down and replaced by a beach, or conserved.

Although you can’t enter the Natatorium today, you can appreciate the historic and architectural significance from Kaimana Beach park, right next to it, or from the ocean in front of it.

The Lanikai Pillbox hike, formally known as the Ka Iwa Ridge Trail, is a favorite among locals and visitors alike, as it offers incredible views of windward Oahu with Lanikai and Kailua beaches below. It's not strenuous; it's just about a mile to the pillboxes, where hikers can sit and enjoy the view.

According to military historian John D. Bennett, the WWII concrete observation stations aren't technically "pillboxes," because they weren't used for defensive armament. Instead, equipped with telescopes, the WWII soldiers inside would watch for enemy ships and send information to artillery batteries on the Mokapu Peninsula, Kaneohe Bay Naval Air Station and Puu Papaa. They sure had a nice view.

Kick a few back at the Brewseum 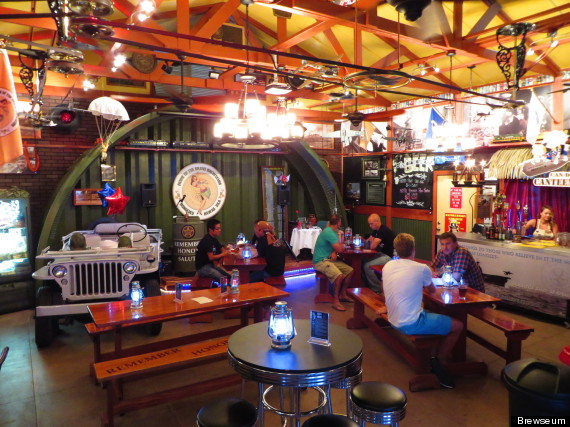 In the industrial Honolulu neighborhood of Kakaako, Glen Tomlinson expanded his Brave Hawaii Military Base Tours company into a microbrewery that functions as both a neighborhood pub and a World War II memorabilia museum.

The Brewseum houses the Home of the Brave Museum and sells beers from Tomlinson's Home of the Brave Brewing Company. Tomlinson, who runs the place with his family, calls it the largest collection of WWII memorabilia in the Pacific -- the walls are decked with old photographs, pay phones that stream archival recordings through the headsets, and an old Jeep that doubles as a photo booth.

Hike to a wrecked heavy bomber 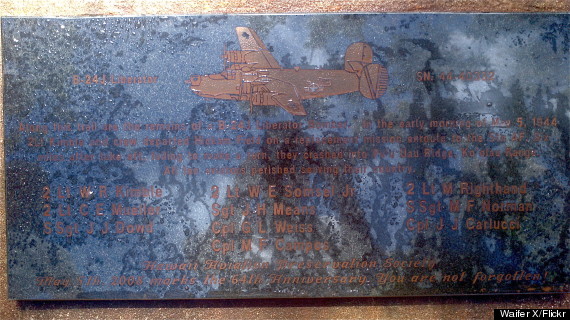 Pieces of a wrecked B-24J Liberator sit in the overgrowth just off the path of the beautiful 4.8-mile Aiea Loop Trail on Oahu. A memorial plaque placed at the beginning of the trail recounts the accident when, at 5:22 a.m. on May 5, 1944, a crew of 10 took off from Hickam Air Force Base, headed to Australia on a replacement mission.

Failing to make a turn, the pilot hit Puu Nau ridge in the Koolau mountains; everyone on board died. While a tree has since fallen over the wreckage, you can still see and hike down to it. The hike also offers expansive views of leeward Oahu, from Diamond Head in the east, to the Waianae mountain range in the west. 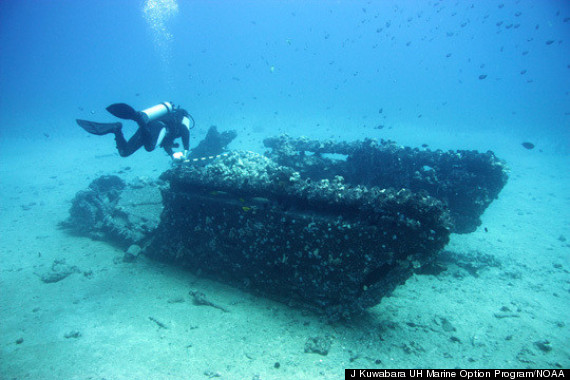 The remains of a cargo Land Vehicle Tracked (LVT-4) tank.

As it turns out, sunken military equipment makes for great coral ecosystems. And where there is great coral, there's great diving.

Between 1924 and 1952, records show that 1,484 aircraft crashed in the Hawaiian islands, yet only a small number have been recovered. In 2011, a dive team from the National Oceanic and Atmospheric Administration’s National Marine Sanctuaries surveyed six wreck sites -- a bomber plane, fighter plane, three landing vehicles and an unidentified sailing vessel -- and posted detailed sketches and photographs of the dives.

If you find yourself on Maui, get a guided tour of the wreckage fromBrad Varney, a boat captain, instructor and co-owner of B&B Scuba, who says he discovered one of the planes.