Apparently all the naturally beautiful surf in Hawaii wasn't good enough since the Aloha State is welcoming The Endless Summer Resort, a 400-unit resort and water park.

We're not quite sure how we feel about it, but since we have a few years before the resort is expected to open (it's scheduled for summer of 2017), we thought we'd turn our attention to Hawaii's pre-existing beauty and fall in love with surfing all over again.

Below, 12 gorgeous, Mother Nature-approved surf spots. Whether you're a lifelong surfer or a happy spectator, we have a feeling nothing can compare to the real thing.

1. Waikiki, South Shore of Oahu
In one of the busiest beach towns in the country, Waikiki is visually amazing: a city skyline, crystal clear waters, tourist-watching, and, of course, iconic Diamond Head: 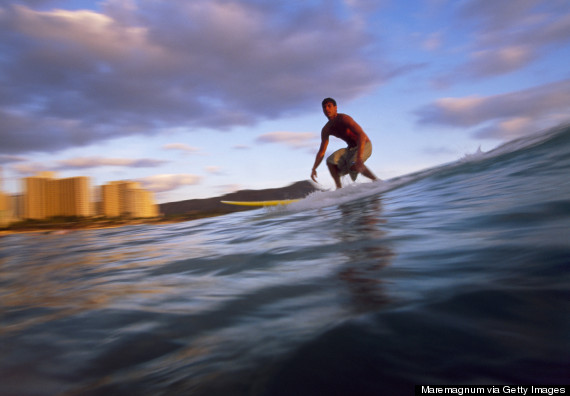 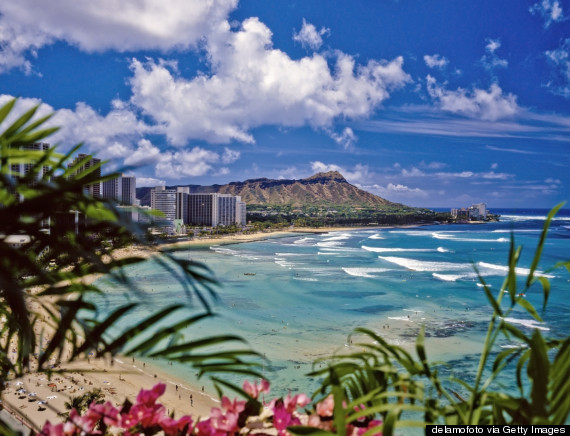 2. Peahi (a.k.a., Jaws), North Shore of Maui
Mother Nature isn't playing around here: Jaws got its nickname for being as unpredictable as a shark attack: 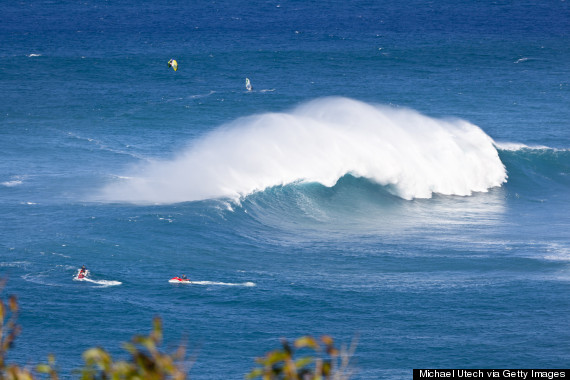 3. Sunset Beach, North Shore of Oahu
In the summer, it's a calm and cradling swimming hole sprinkled with a few playful waves. In the winter, it turns into magnificent rows of terrifying perfection: 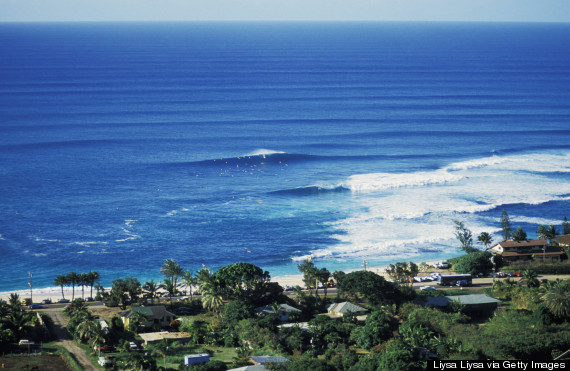 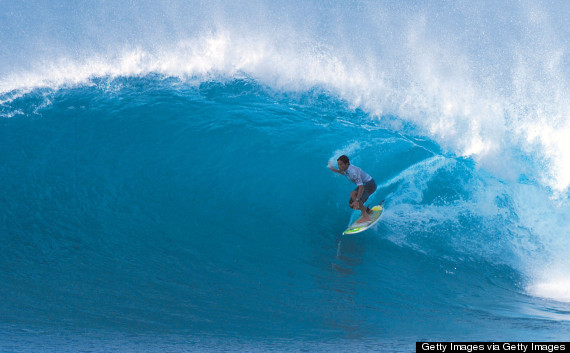 4. Diamond Head, South Shore of Oahu
Just a short drive from the hustle of Waikiki, Diamond Head is a little hard to paddle out to, but the view is so worth it: 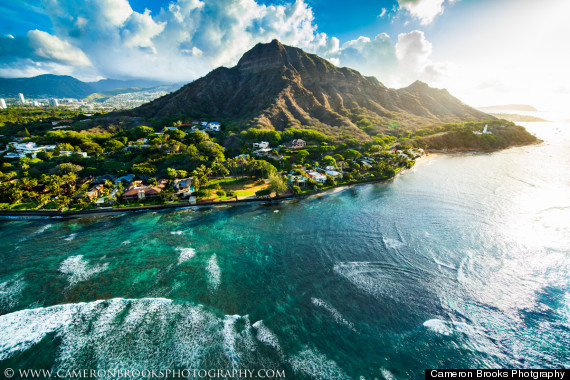 5. Pipeline, North Shore of Oahu
At the world's most photographed wave, you'll have to earn your spot in the lineup. Thankfully, watching from the shore is awesome enough: 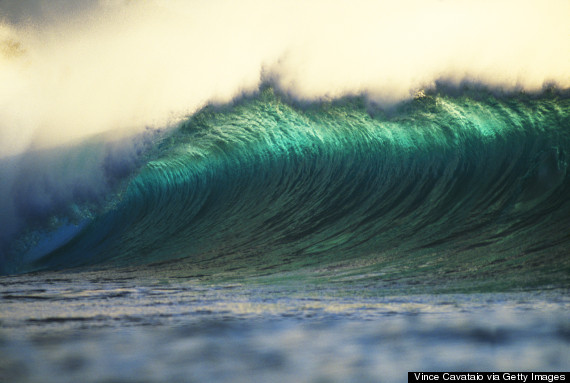 6. Hanalei Bay, North Shore of Kauai
When you're facing the shore at this Garden Isle surf spot, you'll have 180 degrees of green mountains and pure magic: 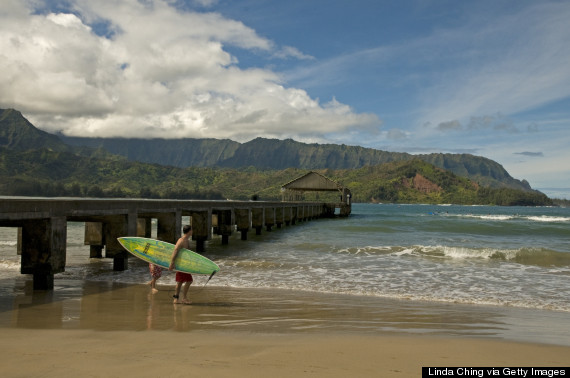 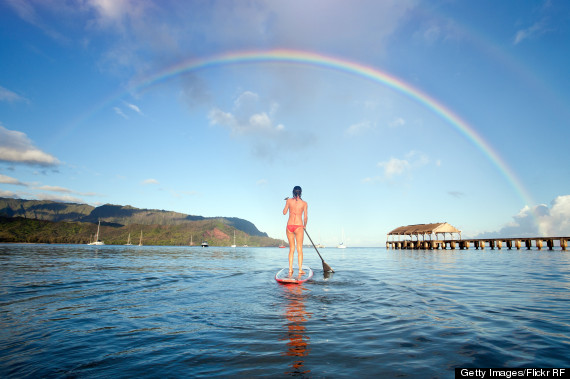 7. Chuns Reef, North Shore of Oahu
This is one of the more playful (read: less terrifying) waves during Oahu's famed winter season, with surf best served during the sunset hour:

8. Sandy Beach, South Shore of Oahu
When the suns out, the sand is warm, and the swell is just right, you get waves fit for a president (literally): 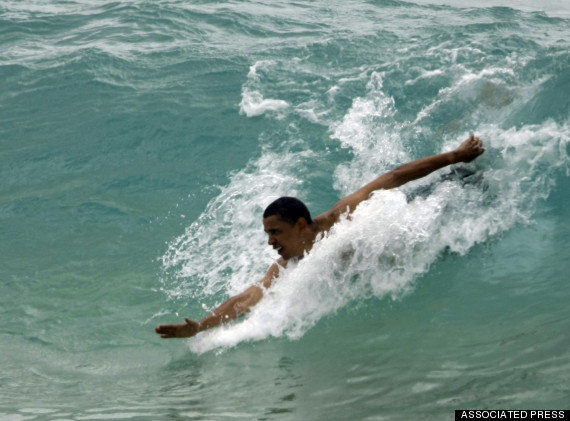 9. Pounders Beach, East Side of Oahu
The unforgiving shore break gave Pounders its name, but when you're looking out over tropical perfection, the pounding doesn't seem so bad: 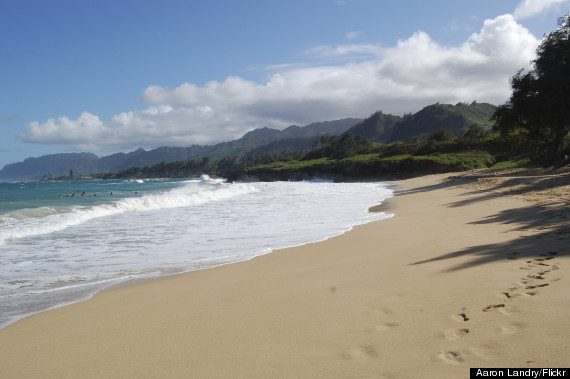 10. Laniakea Beach, North Shore of Oahu
At Laniakea -- which means "immense heavens" in Hawaiian -- tourists usually come to see the turtles. Surfers come to play with them:

11. Honolua Bay, Northwest Shore of Maui
As the saying goes, "Maui no ka oi," or Maui, it's the best. One surf sesh at Honolua Bay, and you'll get why:

12. Waimea Bay, North Shore of Oahu
When it's winter and the waves are bone-crushingly big at this legendary surf spot, you should probably stick to sightseeing, unless your name is Kelly Slater: 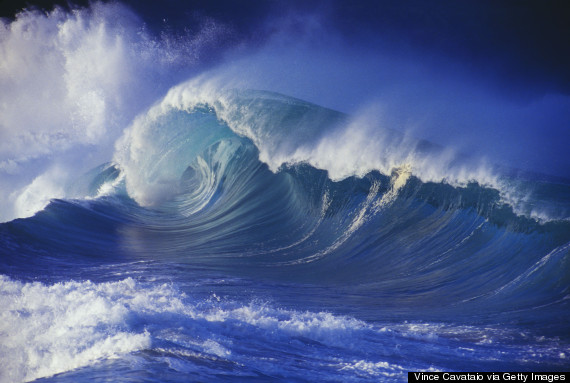 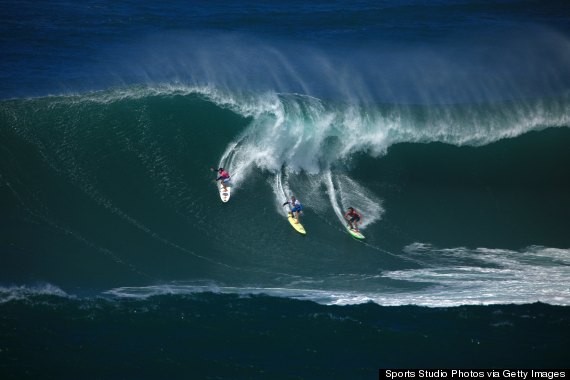