Even Paradise has elections!

Politics in Kauai, the only island that was not conquered by King Kamehameha the Great, just got a little more exciting with Dustin Barca's recent announcement to run for Mayor. 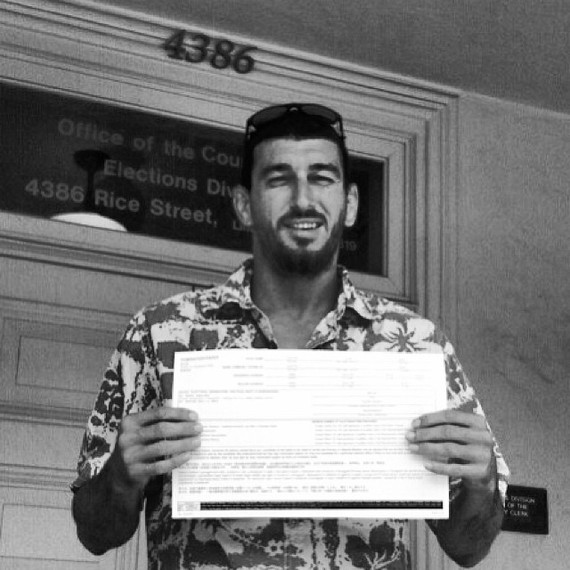 IT IS OFFICIAL LADIES AND GENTLEMAN !!!!! BARCA 4 MAYOR!!! -- WE just pulled papers to Run for Mayor of Kaua'i and Ni'ihau . With Mayor Bernard Carvalho Making such BAD decisions for the Future of OUR Home and Kids. WE are Left with NO other choice but to Take his Chair and BRING IT BACK TO THE PEOPLE OF KAUA'I!! WE are up against Big Corporations with MAYOR CARVALHO NUMBER 1 SUPPORTERS BEING DOW,SYNGENTA, BASF, DUPONT/PIONEER AND FARIAS CATTLE. IT'S GONNA BE A UPHILL FIGHT. But WE Have Never Been One To Turn Down A Good Challenge! OUR GOALS ARE PURELY INTENTIONAL FOR THE FUTURE OF OUR CHILDREN, OUR CULTURE AND OUR NATURAL RESOURCES! WE are Not Politicians , WE are just Average people like everybody else. WE Know that it is Now or Never for our future. TIME TO THINK GLOBAL AND ACT LOCAL. GROW FOOD.RESTORE THE CULTURE. RESTORE AND PROTECT OUR WATER . CRACK DOWN ON DRUGS. I Am Dustin Barca And I Approve This message.= #akuaisthyguide #barca4mayor #time4change #alohaaina #alohaainawarrior #thinkglobalactlocal #holyshit #bethechange

On a larger scale, Dustin Barca, married with children (and hundreds of nephews and nieces) will take on what fathers naturally do - protect their children and assuring the future will be better for them. 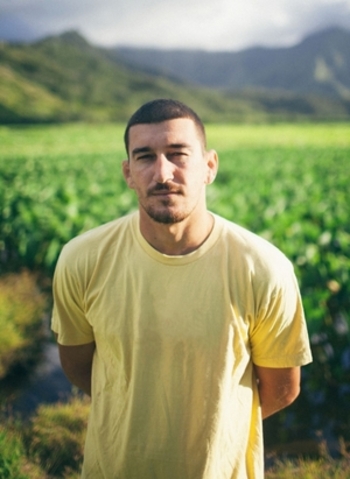 A few days before his filing for the Mayor's position, there had been posts reflecting widespread disappointments in the disconnect between government and its people in his Facebook:

It is with deep regret and disappointment we announce the indefinite deferral (death) of the last two good agriculture and food bills in Hawaii. They just killed the local food security bill SB524 and SB2110 pesticide inspector/outreach bill. Guess our legislature doesn't even care. Conferees all absent but good Rep. Wooley and bad pro-GMO Senator Nishihara...

"I found it very difficult and frustrating to see so many good bills die for no reason when they were going to support food security and food sustainability," said Representative Wooley after the hearing.

Not a single pesticide or GMO related bill survived, despite the many promises of legislators and Governor Abercrombie, as an empty promise and attempt to derail County ordinances to regulate where the state repeatedly refuses, during county pesticide and GMO proceedings. SB524 and SB2110 are dead. The conferees didn't even bother to show up so without quorum both bills were DEFERRED INDEFINITELY. Souki killed the dog meat ban bill. They killed the ivory ban (HB493) bill, the pesticide inspector bill died, GMO labeling, the local food policy bill, the taro preservation bill and of course, the clean elections bill. Our legislature is almost useless.

No funding or good bills for irrigation, pesticides or livestock feed.

This place needs a full sweep top to bottom. There are very few legislators left who seem to really care at all about food or agriculture in Hawaii. We will tell you who the few good are.

Are they here to do something or nothing? They have done NOTHING meaningful for food security this year aside from small kine invasive species bill, nothing.

Words cannot express how disappointed we are in our State government today. Sometimes it seems completely worthless, which is why we MUST STAND UP FIGHT BACK REGISTER AND GET READY TO VOTE THE FUTURE OF HAWAII DEPENDS ON YOU.

Barca's background as an accomplished surfer and mixed-martial arts fighter will further define his environment activism for a clean and sustainable island home, now and the future. 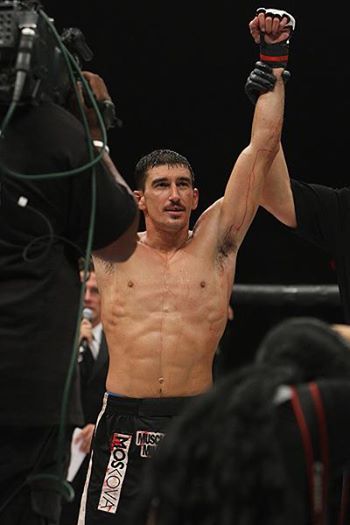 Dustin Barca will literally embark on his mayoral campaign with a race - by paddling from Ke'e to Polihale. Barca will then run around the island, from Polihale to Ke`e, from May 29 - June 1.

He will stop along the way to honor some of Kauai's significant historical areas, talk-story with the community and find out more about their concerns and dreams for Kaua'i. This high-energy journey will conclude with a pa`ina (gathering with food!) will be held on Sunday, June 1, from 2-8pm in Hanalei.

Chances are high that Barca will not receive "big-money" donations from corporations or monied special interests. Without a huge war chest for relentless television and radio campaign advertisements and other propaganda, it will be up to the grassroots to convince and rally the whole island of Kauai to win this "Aloha Aina" battle.

It's in Kauai and its people's DNA to come off the conqueror, again! 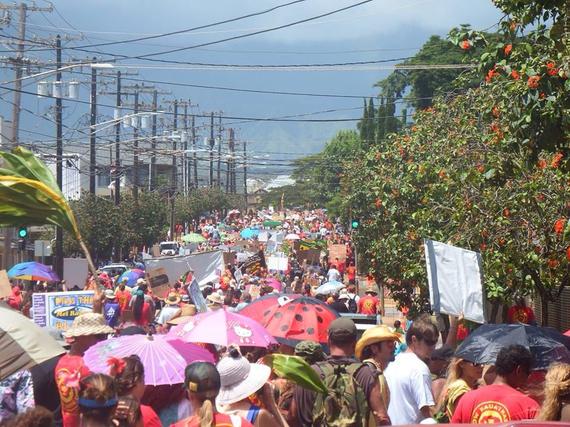