Any woman who has ever experienced sexism has probably dreamed of throwing a witty rebuke back in the offending party's face. Well, one female employee at Hawken-developer Meteor Entertainment made this dream a reality.

The anonymous female game developer -- who refers to herself as K2 -- wrote a post on Tuesday for The Hawkeye Initiative (which awesomely replaces hyper-sexualized female comic book characters with male ones) in which she details a prank she played on her company's CEO.

K2 prefaces her post by saying that she loves her job and that the "gender awareness standards" at Meteor Entertainment are "top shelf" (she works with an all-female team of data scientists and says that half of the company's executive branch is female).

The blown-up, framed poster of a half-naked woman, "Ruby Underboob," on display in the CEO's office (scroll down for image) was a strange -- and stark -- anomaly. "I loathe this picture," K2 writes, and during a moment of clarity during the office holiday party, she hatched a plan to express what was so offensive about it: In exchange for a modest commission of "two $90 bottles of añejo tequila," she asked her co-worker, the artist Sam Kirk, to create a male version of Ruby Underboob.

The result was the glorious Brosie The Riveter (scroll down to look), which the two snuck into the CEO's office early one morning and replaced Ruby with Brosie. They found themselves simultaneously "having a joy-induced neurological episode" and "painfully aware that we have, in fact, just punked the CEO of our company."

Click through to the Hawkeye Initiative to read how the CEO responded, and check out Ruby below.

In an email to the Huffington Post, K2 said she and Sam have been "amazed and delighted by" the response to the prank:

"We greet each other every day with big grins on our faces. We've been particularly delighted by the positivity around it, and that it's being shared equally by both women and men. I think we were all ready for a discussion about gender issues happening in a playful, friendly way online. I hope we see many, many more in the days to come."

Have you encountered sexist signs or images in your office? How do you react? Tell us in the comments! 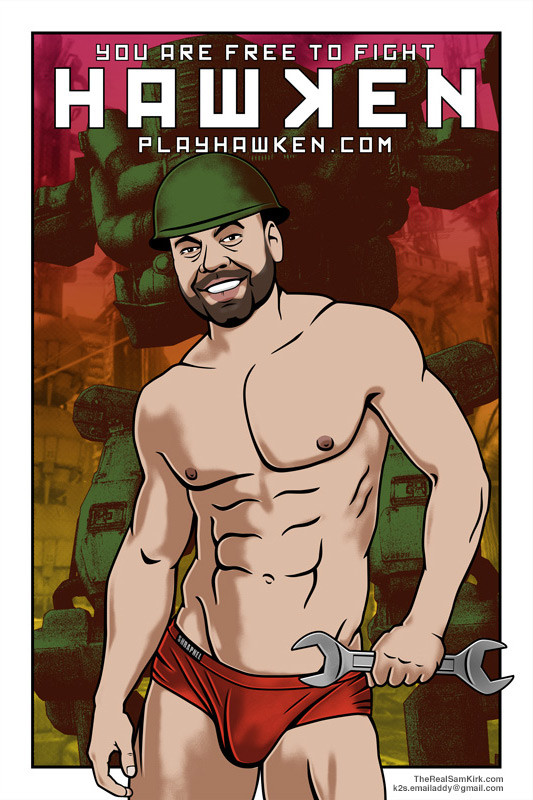 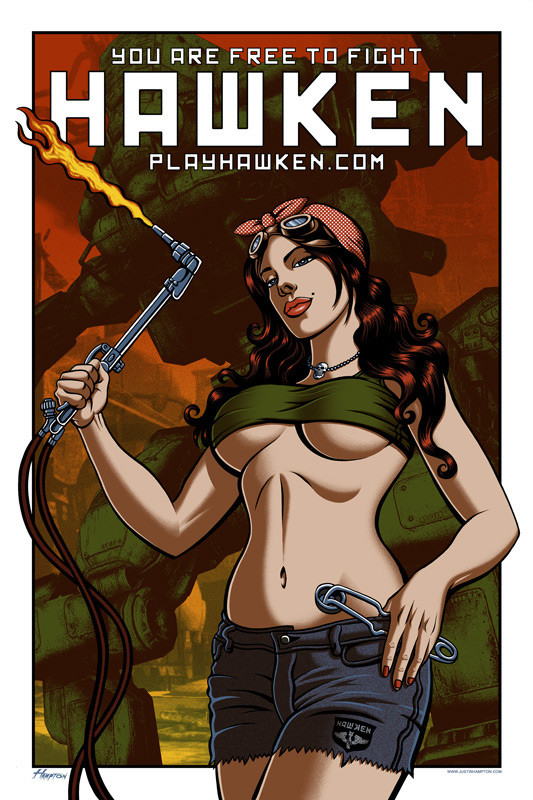 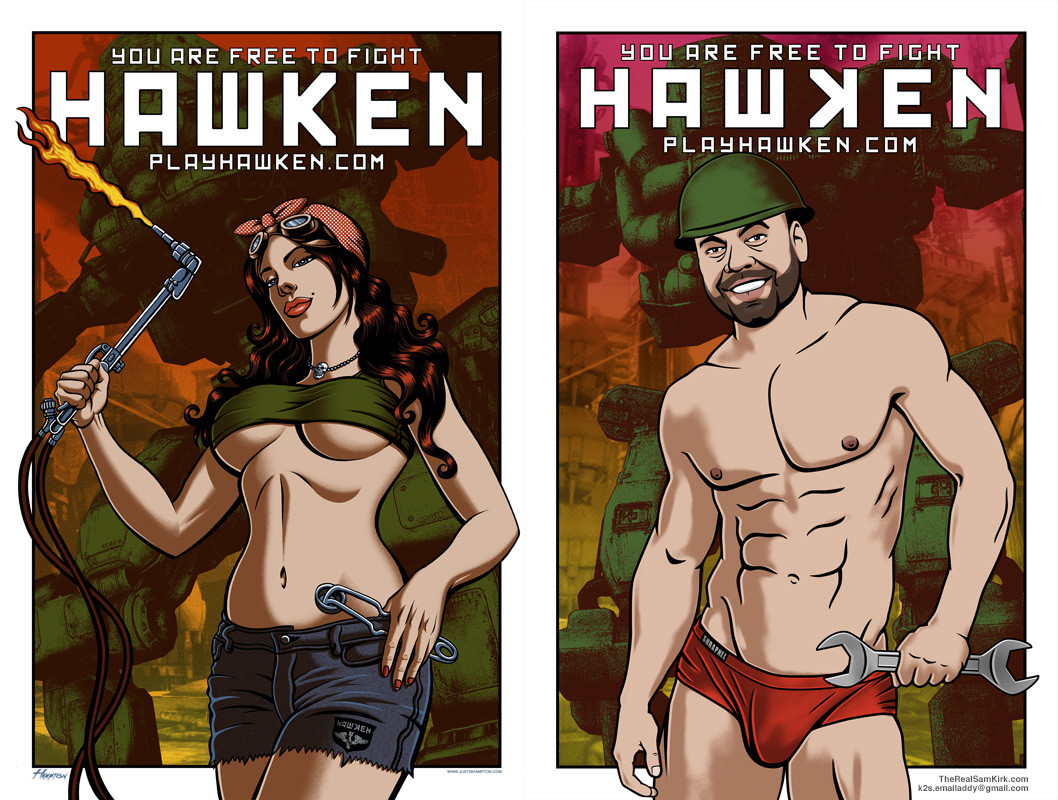