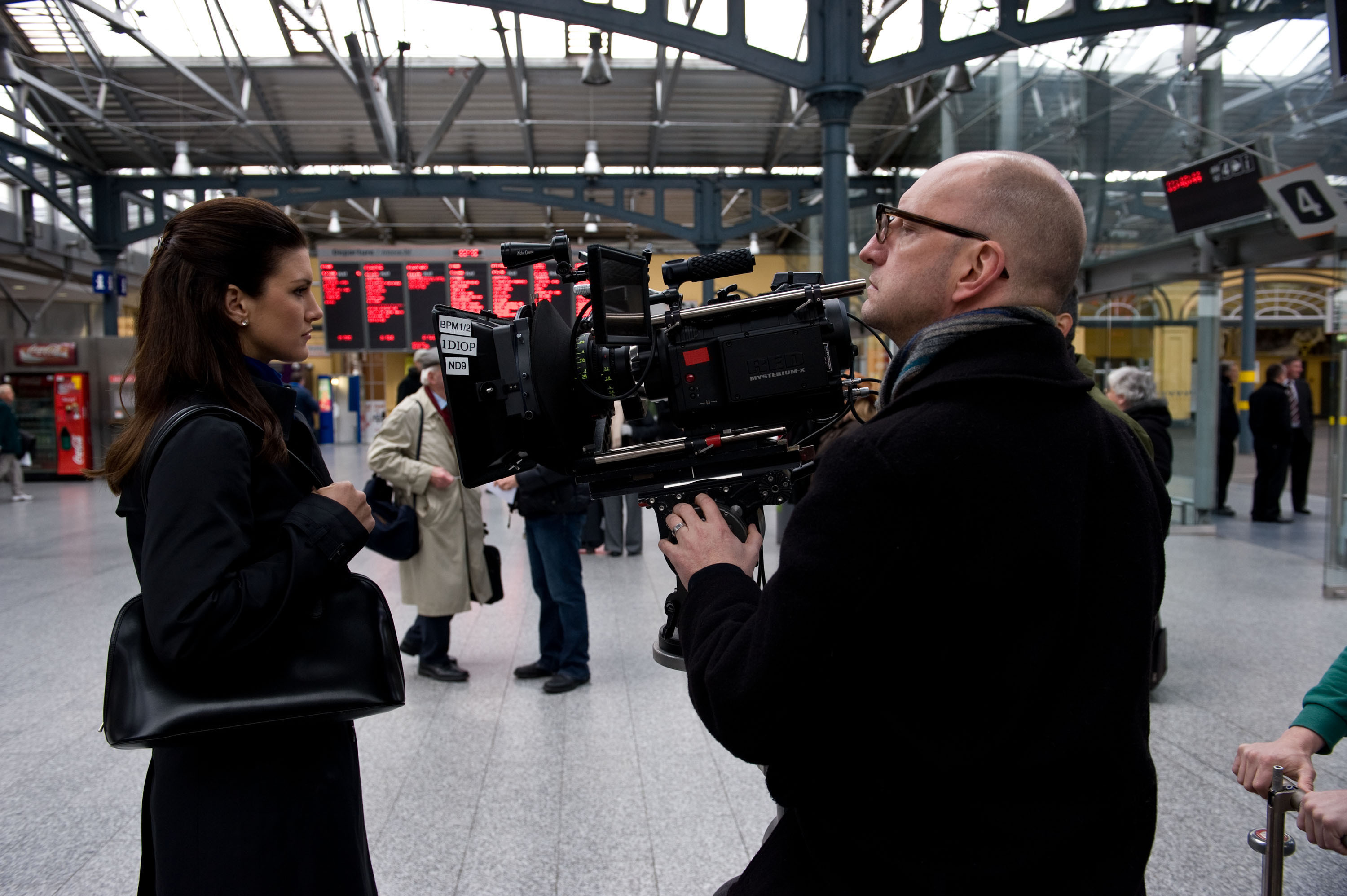 By some reports Steven Soderbergh, may stop making films. I hope not. And I look forward to a time when moviemakers have the courage to make and promote films like Haywire, even if they "under-perform," as Haywire did this past weekend.

Packaged as a slick spy film, it's been mildly poo-pooed by some critics (as in, here and here) but there's another way to see it: as a significant take on commerce and the tensions between men and women, and on a continuum with an earlier work, The Girlfriend Experience.

Plenty of films and stories depict the trials of prostitutes, but what Soderbergh does in Girlfriend is to delete the pornography of the subject, an amazing feat in itself given that this is literally the subject matter of the film. We are instead somehow guided to focus on the title character's humanity. Chelsea aka Christine Brown (Sasha Grey) has a youthful, almost innocent face -- carrying none of the scars of her trade, at least outwardly -- further emphasized by her boyish figure and long pony hair, Soderbergh's choices challenge us to see this "fallen" person as the wholesome yet oddly sophisticated teenager that she looks like. There is a kind of adolescence to this girl who is working as a high-class escort, living a somewhat normal life -- nice apartment, her pick of clients etc. -- and yet is unfulfilled. Of course she's unfulfilled -- she's a prostitute. We know this, but her character does not.

The male characters seeking out her services are at times brutish and cowardly. Girlfriend is a meditation on this commerce, where the players in its gilded cage are lost. It asks: What do you sell? What exactly is your commerce with the world? What do you use? Do you treat everyone the way you'd treat yourself?

It also exposes the strange dynamics between the sexes, a relationship that has gone -- haywire.

Haywire picks up where Girlfriend left off, asking, in a sense, what if a real, grown-up woman embodied the strength of a man and also that of her own gender? What then? What is the role of man in this space? And how does the woman become fulfilled? Can she love? 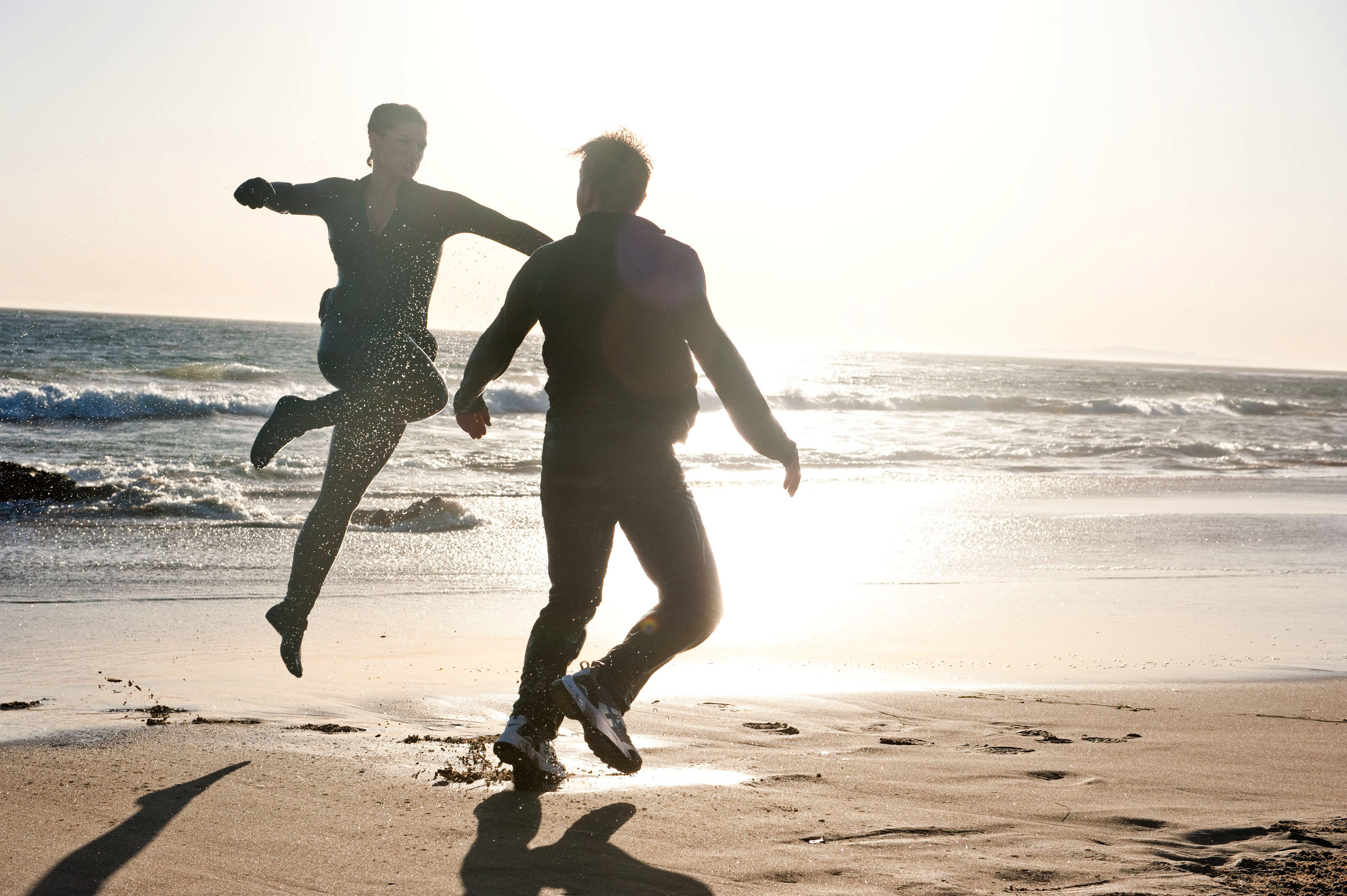 The title character, like in The Girlfriend Experience, is someone who can fully embody the physicality of her role. Mallory Kane (played by Gina Carano) is a marine turned independent military contractor and Carano's a real-life mixed martial arts champion. She actually moves like an athlete, with grace and knowingness of herself and the space around her -- especially when she runs. I've seen this in life but not in film. (I hope that Carano allows herself to do and be as she sees fit and is not distracted by the flimflam of popular media, encouraging her 'in her best interest' to look like everyone else.) She's magnificent. And I love that Soderbergh put her in this film.

There's a scene with Carano and Channing Tatum -- he's standing slightly taller than her in a doorway. There's chemistry between them. She makes a move, her face in profile has straight golden lines and, like him, she's enormous. They're equals -- Titans. I find this moment beautiful. It's like Soderbergh is saying -- of course she can love! And a man in his right mind doesn't seek to diminish any woman; he meets her where she is.

But of course, there are the bad guys. Ex-boyfriend and boss, Kenneth (Ewan McGregor) can't stand how awesome Mallory is and won't abide her leaving him or his company. Their final duel by the sea has a kind of weight to it because it echoes old hurts -- that age-old rivalry for approval -- who's better, man or woman? Of course the answer is that this is the wrong question. Both need the other.

And there's plenty to support this thesis in Haywire. While Mallory's literally circling him like prey, measuring out the pros and cons of going alone or working for the government, her new boss (Michael Douglas) tells her if he's out of the picture, she's screwed (interesting choice of verb by the way, echoing what this film is really about.) The bottom line, she needs the other (the male): She needs the help of Scott (Michael Angarano) who rescues her in the opening scene. She needs the help of her father (Bill Paxton) who provides her a sense of family, security and a place to settle her affairs. It's not a sign of weakness -- it's a sign of humanity that she, and by extension we, need each other. I'm not really talking about romantic love, although that certainly is part of it. I'm saying the director shows in a glimmer, just a hint, how to salve for the blood feud between the sexes.

Most of us have an innate sense of wrong and right. But because of our lack of skill we may only see or be able to reflect on the bad and not the good. Soderbergh shows us the light even in the darkest places, and this is such a gift to the world. He sees how things can be made whole again.

Haywire is now in theaters.