Ben & Jerry's will consider changing the name of an ice cream flavor that some say makes light of student hazing.

Lianne and Brian Kowiak of Tampa, Florida, sent an email to the ice cream company earlier this month complaining that the recently introduced "Hazed & Confused" flavor was insensitive toward the issue of hazing, Bloomberg reported Thursday. As a result, Ben & Jerry's plans to discuss the possibility of changing the name at its next global leadership meeting in October, according to the company.

Shortly after receiving the complaint, Ben & Jerry's company spokesman Sean Greenwood reached out to the Kowiak family, whose son died during a fraternity hazing ritual in 2008. The Kowiaks said they were "shocked and [...] dismayed" by the name of the flavor, according to Bloomberg.

In total, Ben & Jerry's has received four complaints regarding "Hazed & Confused," which the company launched in February of this year, Greenwood told The Huffington Post over the phone. 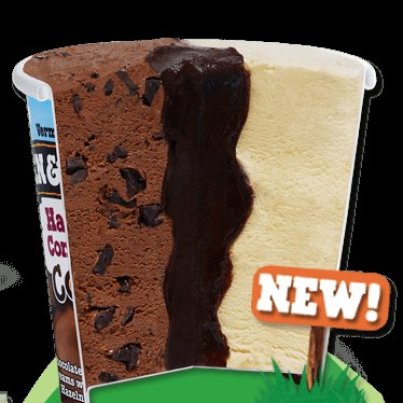 A cross-section of Ben & Jerry's "Hazed and Confused" flavor, which contains chocolate and hazelnut ice creams with fudge chips and a hazelnut fudge core.

Greenwood said that while the company has a history of giving its products cheeky names, this one "was never intended to have any association with hazing."

"The ice cream contains hazelnuts, so it was always meant as a pop culture reference to 'Dazed and Confused,'" Greenwood said, referring to the Led Zeppelin song and the 1993 teen comedy. "Not a lot of words rhyme with 'hazelnut.'"

In a statement emailed to HuffPost, the company said: "Ben & Jerry's believes that hazing and bullying have no place in our society. No individual, group, or entity should benefit by marginalizing others."

Greenwood emphasized that even though the company takes the matter seriously, it can't say for sure whether the flavor's name will be changed.

"We're not going to vote on changing the name right now," he said. "It's a discussion that's based on the feedback we've received."

Ben & Jerry's has a history of taking a progressive stance on social issues like gay marriage and income inequality, but what Greenwood characterized as the company's "irreverent" naming style has been a source of criticism before.

In 2012, the company apologized for "Taste The Lin-Sanity" -- a limited-release flavor, named for the Asian-American basketball player Jeremy Lin, that contained lychee honey and pieces of fortune cookie -- after criticism that it was racially insensitive. And before that, the company's "Saturday Night Live"-inspired "Schweddy Balls" flavor was protested by One Million Moms, among others, for being inappropriate for children.