The first museum devoted to honoring and documenting historically black colleges and universities has opened its doors in Washington, D.C.

“Our goal is to highlight the accomplishments of not only HBCUs, but some of their most accomplished graduates,” reads the museum’s mission statement.

The venture is both family-run and mostly family-funded, museum executive director Terrence Forte told the Washington Business Journal. Both of his parents attended Howard University and, together, the family hopes the museum will serve as a point of education.

“We want to bridge the gap for those who might not know about historically Black college and universities’ stories,” Forte said.

With a $10 admittance fee, the museum houses historic photos from HBCU students and culture throughout the years. But Forte hopes this is only the beginning. He noted that members from the community have already been asking to donate their own memorabilia.

Richard Humphreys founded the first HBCU, Cheyney University, in Pennsylvania in 1837, like many subsequent HBCUs it dedicated itself to providing higher education for black students during the segregation era. Most  white universities and colleges openly barred black students from enrollment until the late 1960s.

There are currently 102 HBCUs. These colleges were founded out of a need to provide black students with access to higher education during times of segregation. HBCUs are still a necessity today, as they center black academia and culture while fostering a strong sense of community for black students, a void left by many predominantly white institutions.

Forte and his family also hope to majorly expand from their current small lot. They are looking for a new 4,000 to 5,000-square-foot space in D.C. with plans to eventually expand into Atlanta as well. Right now, however, the main factor is money.

“The planning for this has been going on for a long time,” Forte told the Washington Business Journal. “But [the financial struggles] make it ever so much more important to have it now, so people understand exactly how important HBCUs are not just for the people attending them but for culture in general.” 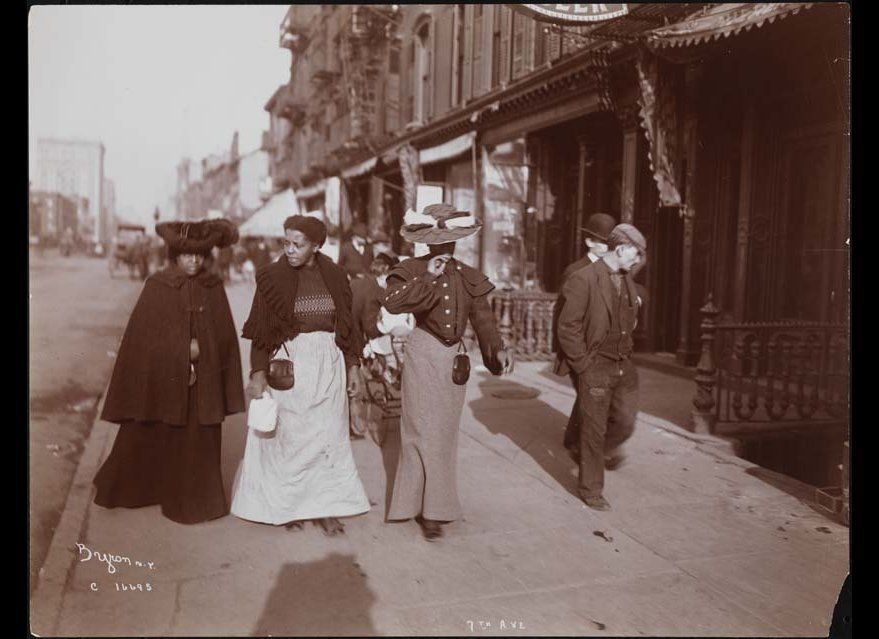 1 / 15
Street Scenes, Seventh Avenue Around 30th St.
<a href="http://collections.mcny.org/mcny/C.aspx?VP3=LoginRegistration_VPage&L=True&R=False#/ViewBox_VPage&VBID=24UP1GMKOCG9&IT=ZoomImageTemplate01_VForm&IID=2F3XC5W6XER&PN=1&CT=Search" target="_hplink">Street Scenes, Seventh Avenue Around 30th St., Colored District, 1903, Byron Company, from the Collections of the Museum of the City of New York.</a> Before Harlem became arguably the most well-known African American neighborhood in the United States, an area called the Tenderloin (or the "colored district" as the Byron Company termed it) on the west side of Manhattan was home to many of New York City's black residents. This and most captions to follow were assigned by the original photographers.