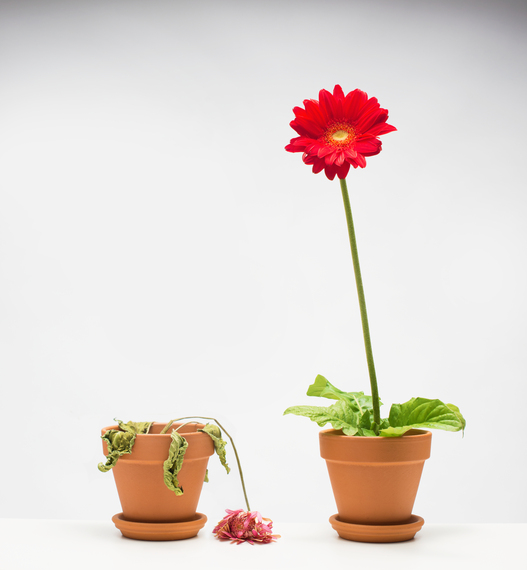 What do Vine and HBO have in common?

Vine--once the fresh face of what some said would replace TV--is fading into oblivion.

HBO--which should have been heading toward extinction, according to many of the same analysts and pundits--is hot on watch lists across generations and platforms.

User-generated six-second content was going to be the new standard.

Instead, amazing storytelling produced with the highest quality--and, by the way, all really long-form content--has grabbed our global collective imaginations.

Vine stars were going to rule.

Instead, Vine stars couldn't wait to get TV contracts.

AT&T is trying to grab HBO, and more, to be fair.

In my opinion what happened is human behavior. The inconvenient people who increasingly confuse and mess up the Digibabblists happened. The lack of insight that allowed a platform, Vine, with some promise, to flare up and die as the advertisers and monetizers who flocked there, in its beginning, abandoned it with alacrity as soon as they realized it didn't do what they had sold others on or had been sold on themselves.

HBO, on the other hand, continues to create and support great stories; increases their production values; expands their subject matter; partners with VICE; lengthens their shows while extending and even contracting seasons...mixing it up, as it were; and making it clear that they couldn't care less about how and where you watch so long as it works for you and you pay for it.

In short, HBO shows flexibility with a "People First" attitude.

Vine? Six seconds, with a "Mobile First and Only" attitude with zero nod to any insight as their megastars abandon them in droves to pursue careers in the "dying" sector of the business.

Truth is, Vine could have had a long life, but where is the connected storytelling? Vine is a format for quick comedy and, as any standup comic can tell you, six seconds is not a new concept...not for a joke...not by any means. You can live or die in less time...but it takes many of those moments strung together to create a lasting impression and a powerful brand. Hence, the real stars migrated to formats where they could do that.

Meanwhile, advertisers, pushed by the Digibabble created and postured on and around the platform and failed in the long run...as it wasn't created for them and it didn't morph into what it needed to become in order to survive.

In fact, as I have written before--cynicism aside--Snapchat is the poster child for the key pivot that leaves the pundits in the dust while creating value for all involved.

What makes it particularly sad, I believe, is that the major social platforms charge advertisers for viewing impressions after about five seconds. Hmmmmm...what does the demise of Vine tell you about that practice?

So what do Vine and HBO have in common?

Both are products of our age. Both rely on video content to grow and prosper. Both, at one time, were sought after by other entities who saw a future in their business and a synergy in their practice.

And then they diverged. Now, one will disappear and the other will continue to prosper. And the key difference, in my opinion, is that one had insight into what the audience wanted coupled with the flexibility and courage to do what was right for their users instead of doing what was wanted by the pundits.

As best stated by Johann Wolfgang von Goethe so many years ago...Listen:

There is nothing so terrible as activity without insight.

The lesson for all of us in marketing?

Stay true to the people who we are in business to serve...listen and learn from them...ignore the babble and chatter. And if you're wondering what happened to that great Vine star you loved...you know where to look for them.

Who would have thought?