HBO's The Night Of was worth the wait.

The eight-part miniseries, which drills deep into the case of a New York man arrested for a murder he's pretty sure he didn't commit, premieres Sunday at 9 p.m. ET. 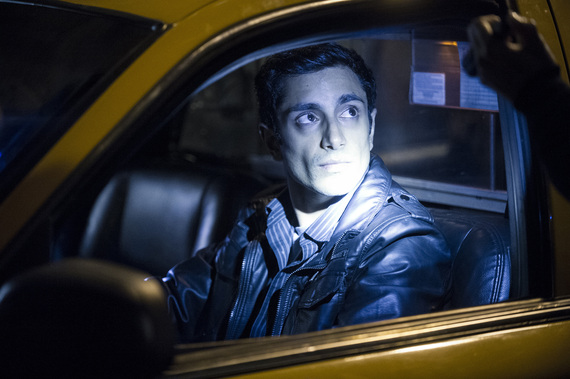 Based on a 2008 British series called Criminal Justice, The Night Of was originally commissioned by HBO in 2012 to star the late James Gandolfini, who is still credited as an executive producer.

Gandolfini's role as jaded attorney Jack Stone, who represents the accused, has since been passed down through Robert DeNiro to John Turturro. 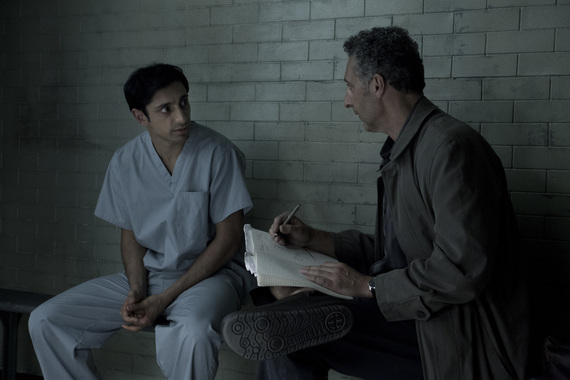 None of that is a downgrade. Turturro (above right) is terrific.

The series itself may remind some viewers of FX's recent O.J. Simpson miniseries. It has some of that docu-drama feel, but more importantly, it doesn't just focus on the crime.

It examines the world of Nazir Khan (Riz Ahmed), the second-generation son of Pakistani immigrants who live in Queens, working retail and driving a taxicab.

His hard-working father Salim (Peyman Mooadi) and his nervous mother Safar (Poorna Jagannathan) know their son has only lived in America, but still fear there are dangers waiting to ambush him.

They're uncomfortable in some restless, not specifically defined way, and it turns out they have reason. 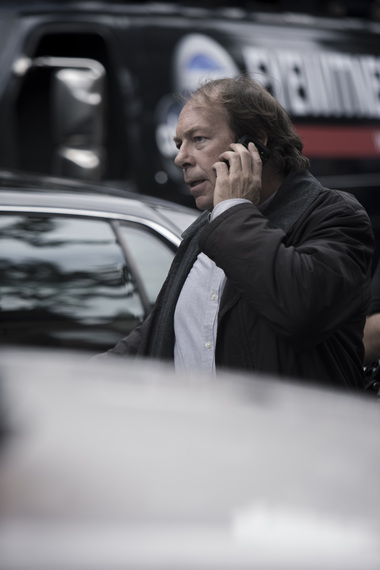 By contrast, the detective assigned to the case, Dennis Box (Bill Camp) (above), is 100% comfortable with the way things work.

Box is smooth. He knows everything about the system that Naz doesn't, and with just a little routine finessing, he's convinced he has built an airtight case he can close quickly.

The first episode spends a lot of time inside "the system," the nuts and bolts of what happens when someone is arrested and gets pushed and shoved from one cold functionary to another. Strip here, get in there, no one's talking to you. These cops are not smiling and helpful. They're looking for the quickest way to get an unpleasant job finished.

The resulting sense of confusion and intimidation for Naz is palpable, and it's clear this stationhouse is not the place where the policeman is your friend.

In fact, neither is most of Naz's world. His family and friends are a haven where there is caring and protection. The rest of the world tends to be suspicious, angry and more than a little dark.

Naz, by contrast, is the proverbial gentle soul. He's a college student, a math savant who earns a little money on the side by tutoring the arrogant star of the school basketball team.

This gives him a window into the glamorous side of college life, the parties and the popularity. But he's still outside the window, nose to the glass, trying like so many people to figure it out and find some place he can fit in. 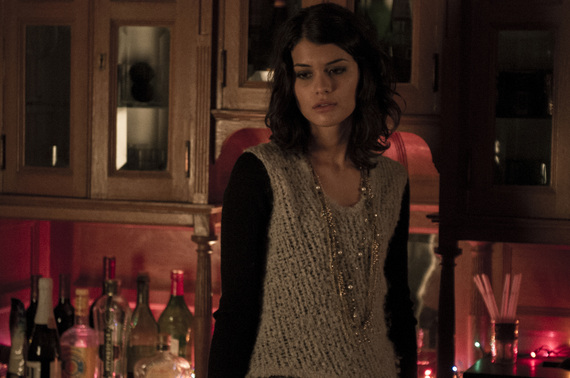 So when he borrows his father's cab and has a chance meeting with an exotic, mysterious, seductive, troubled woman named Andrea (Sofia Black D'Elia) (above), he's easy prey for her ride to the wild side.

He takes, literally, whatever she gives him. Then he wakes up and finds her dead - at which point he naturally panics, runs and does everything to make himself look as guilty as possible.

So Jack Stone's mission becomes more than Jack expected when, on almost a random whim, he saw this scared kid sitting alone in detention and made himself the kid's lawyer.

Written by Richard Price and Steve Zaillian, who also directed all but one episode, The Night Of doesn't make all its fine points riveting. Viewers will find more than one scene where the pace could have sped up and had the same effect.

But the impact of the show is also cumulative, so small points and moments keep resurfacing to affect the show's evolving course.

Human behavior, New York City, politics, ethnic relations, the prison system, the legal system and even sports are painted in The Night Of with few softening tints.

And at the end of an episode, you want to know what happens next.