There it is. The ugly truth in black and white. That elephant in the room I am trying to let go and forgive him for daily. He cheated.

We had been having problems all year.. My health was declining. Our Income severed in half. The kids were doing everything they could to test us. We had a newborn baby and no sleep, and what ever could go wrong ..... did. There are times he would be nit picking every little thing happening with the kids where I would tell him to move out of my house. He would bash my kids about being lazy and I would scream at him "get the fuck out, I fucking can't stand you anymore." We were no longer taking others feelings into consideration. We were down right mean to each other honestly. He would tell people how I never let him do anything, when I pushed him to go all the time and later he would come back and say its because he didn't want to spend the money on himself or that he wanted to spend that time with me. The worst part of that is... most of the people he discussed his hatred of me to where other women. I am not saying he is all at fault. I did my fair share of spiteful things said, but past experience has taught me one thing. Turning to anyone else of the opposite sex especially during a rough time with your spouse instead of communicating with them will end your relationship faster then anything else.

Soon the grass looks greener on the other side because that person doesn't have to deal with the reality. They can just tell you how one sided everything is and how "you deserve so much better." That person doesn't know everything though. All they know is your pity story about how horrible your significant other is. It makes it easy for them to swoop in and make you believe it would be so much different with someone else and they give you all the attention you need because there is an energy surrounding talking to someone you know your spouse wouldn't approve of.

So why marry someone if the problems are this astronomical?

Simple, I love him. I believe in forgiveness ( even though its hard). I did this before and I know I can't change him but i wanted to give this man an honest shot at a real relationship. I felt our love was a love worth fighting for and that the good outweighed the bad so much it was not something I was going to let pass. I wanted to have a relationship where we don't just run because things got ugly. One where we fight for it together. Too often in our society we throw relationships out into the garbage for every little thing often passing up what could have been a great love because we are too busing trying to find perfect rather than building perfect. We are human. There is great error in our ways.

So yes he cheated on me. He has talked badly about me behind my back to other women. He has betrayed my trust. Remaining with him doesn't make me weak...

It makes me a grown up, who made a conscious decision to actually work on the relationship before just throwing in the towel. It makes me a woman who believes in forgiveness and closure. It makes me his wife. 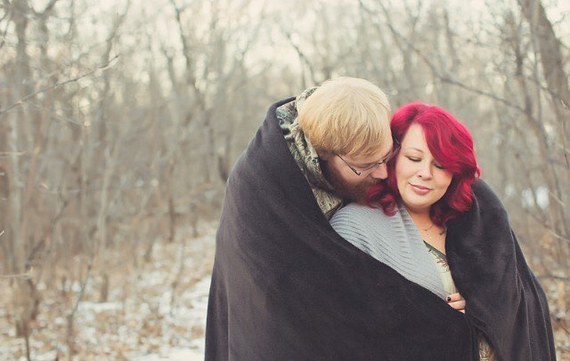