Growing up, I instinctively knew that I had to worry about my brother's safety because he was slightly effeminate when young, people assumed he was gay as a teen, then he came out shortly after high school. All of those things made him a target for bullying, harassment, victimization and violence.

I saw him find his people and it eased my worry. The first time he took me to a gay club, I remember thinking, "He's found his people. He's safe here."

I worry daily about the boys in the bathroom who try to see my son's genitals to determine if he's a boy or girl; the kids who tease him for reading The Babysitters Club books; the boys who tell him he shouldn't wear his hair in a ponytail because ponytails are for girls; and the classmates who aren't amused by his constant accessorizing with jewelry. On days when my worry runs high, I fantasize about the day when he finds his people.

I daydream about taking him to his first gay club. I want to open the doors and walk in first, turnaround and see his face as he takes it all in and realizes that he has -- finally -- found his people. Standing in that gay club, staring at my rainbow boy, I'd think to myself, "You've found your people. You're safe here."

I awoke this morning to news of the shooting in Orlando. The deadliest mass shooting in U.S. history. At an LGBTQ nightclub. The shooter was angry because a couple of months ago he saw two gay men kissing. At least 50 people are dead and at least 53 more are injured.

My brother is not safe. My son is not safe. Even if they find their people. Because monsters can find them there, too.

My son asked what happened in Orlando because he heard mention of it several times on the news this morning. I had to tell him that a man went into a gay club and killed and shot the people inside.

"Because he didn't like the people inside," I answered.

"That's awful? People can just do that?" my son asked with fear in his eyes.

I wanted to say no, that people couldn't just do that. But, the truth is, they can. And I always try to give my kids the truth.

"But, we're okay," I said. "That happened all the way on the other side of the United States."

To my son that's a world away. To me it's down the street.

Today, as I snuggled with my son watching RuPaul's Drag Race, took him to Target to spend his money on a new doll and, now, as I watch him flip and dance on the trampoline, I'm near tears.

As a mother, I'd rather my son be his happy, rainbow self and be unsafe, than miserably pretend to be somebody he's not and have a better chance of survival. It's hard to admit that.

"He just needs to find his people, then he'll be safe," I continue to think to myself. My worry remains, but so does my hope. 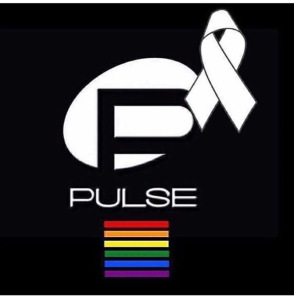 A version of this post originally appeared on Raising My Rainbow.

CrowdRise has listed a number of ways to help. Donate here or through the widget below.