How many times has this happened to you? An inebriated friend at a party says, 'You know what would be funny? We should invent this crazy thing.' You say, 'You know, that could work' and then you actually do it! That's exactly what Craig Wolfe of Celebriducks did. A former publisher of artwork from television commercials for companies like Coca-Cola and Anheuser-Busch, Wolfe was pushing 50-years-old when he decided to go for the concept of making rubber ducks that look like celebrities. 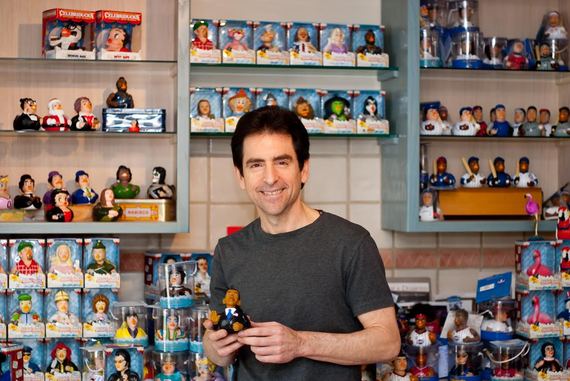 Encore entrepreneur and founder of Celebriducks, Craig Wolfe with his collection of rubber ducks.

Encore Entrepreneur
There is a rising phenomenon of people like Wolfe starting their own businesses at age 50-plus and they are called encore entrepreneurs. According to a study by the MetLife Foundation, one in four Americans ages 44-70 are interested in starting their own businesses or nonprofit organizations in the next five to 10 years. The U.S. Small Business Administration (SBA) offers programs to help aging entrepreneurs rewire themselves to go from the workplace to business owner. "These entrepreneurs more often have the experience and wisdom to reach for their dreams of running a small business, and we want to help them reach that dream and change the world," said SBA Administrator, Maria Contreras-Sweet.

Wolfe agrees with Contreras-Sweet's statement. "That's the advantage of age. Take all of the stuff you've learned and now that you're older you can really kick ass in a way that when you were younger, you couldn't. Age is a benefit."

SpeakUp World Live interview on Blab.im with Craig Wolfe, founder of Celebriducks (@CelebriDucks) and host, Janice Celeste (@WeSpeakWorld) on being an encore entrepreneur.

The Real Duck Dynasty
Wolfe, who is now 63, has made millions of dollars with Celebriducks. His first client was the company that owns the license for Betty Boop. Yes, he made a rubber duck that looks like Betty Boop! "I called them and I said, how about I make a Betty Boop rubber duck," and you know the lady I was talking to couldn't get me off of the phone quick enough. I think they thought they had a crazy person on the phone." But that didn't discourage him at all. Wolfe actually designed one, made the duck, and sent it to the licensing company. Then one morning he got a phone call from them. "We got your little Betty Boop duck, let's talk." That was just the beginning. Wolfe's big break came when the vice-president of the Philadelphia 76ers called and ordered 5000 Allen Iverson custom ducks as a give-away at the game. Suddenly, the Chicago Cubs, New York Yankees, and others were calling and Celebriducks was featured on national television shows. Wolfe made a decision to sell off his animation company and his new business became all ducks. He's never looked back!

"There's something about being older that makes you more focused. All of your information isn't coming from YouTube. It's coming from who you've interacted with and not coming from a little screen [on your phone], said Wolfe. You can't fake wisdom and I'm not putting down young people at all. But there truly is an emotional maturity that goes along with age," said Wolfe.

Not So Quack Advice

Wolfe has this advice for other encore entrepreneurs to get all their ducks in a row:

Wolfe said, "It can be hard to completely re-invent yourself later in life due to you are older and less willing to take risks with your money. That being said, funny enough, my advice is [that] it is also at the same time easier. The reason is being older, you are wiser and so many of the mistakes you've made in your younger days can now be avoided so you can actually achieve success quicker."

PHOTO GALLERY
Which Rubber Duck Is Your Fav?
Download
Calling all HuffPost superfans!
Sign up for membership to become a founding member and help shape HuffPost's next chapter
Join HuffPost

Is He Quackers? Craig Wolfe Started His Company At Age 50 and Made Millions with Rubber Ducks
Which Rubber Duck Is Your Fav? 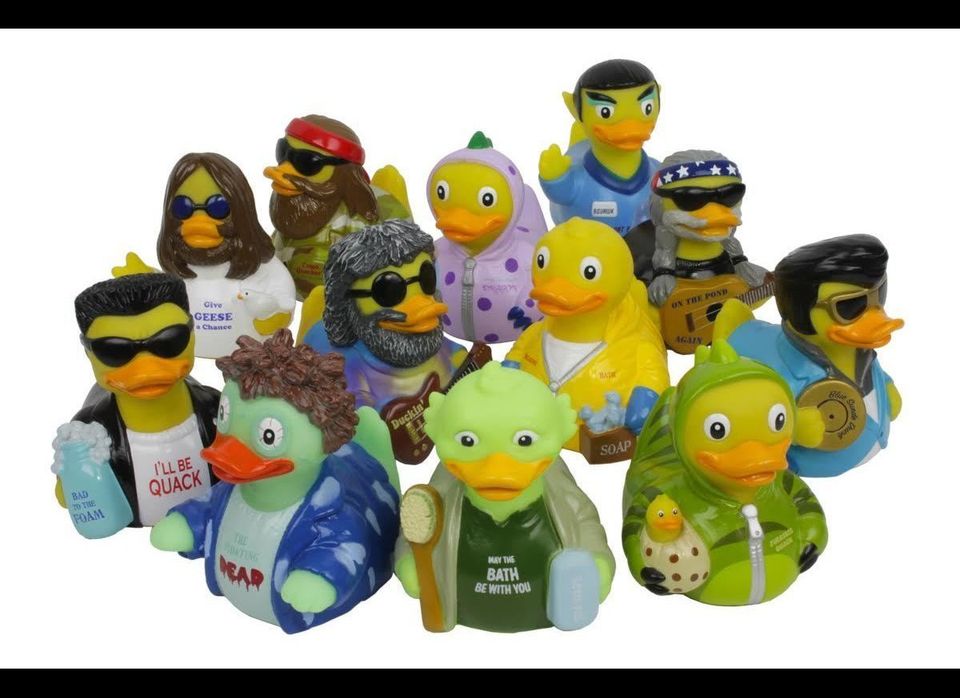 1 / 21
Costume Quackers Line of Celebriducks
These rubber ducks will quack you up!