He Pingping, the world's shortest man, has died at the age of 21, AFP reports. Pingping was 2 feet, 5 inches tall. His death was announced by the a spokesman for the Guinness World records.

Pingping was filming a TV program called "The Record Show" in Italy when he developed chest problems, according to reports.

Born in China with a form of primordial dwarfism, Pingping was recognized as the world's shortest man in 2008.

"For such a small man, he made a huge impact around the world," Guinness World Records editor-in-chief Craig Glenday said, according to the BBC. 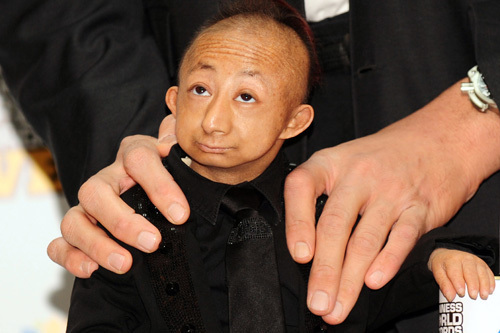