What are the various reasons for headcovering in your tradition, for women and for men? How are they understood and experienced as meaningful, and how as problematic? How do these understandings play out for contemporary Jews or Muslims, and for you personally? How does feminism come into the picture, for you and in your community?

In which ways is headcovering an expression of group identification, or a personal practice of reverence or modesty? How does headcovering foster expectations in others, and what are the burdens and opportunities for visibility and representing one's larger community? How do observant Jews and Muslims think about headcovering in relationship to personal safety, in contexts where fears of expressions of anti-Semitism and Islamophobia are a real, practical concern? 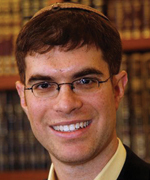 The irony of headcoverings in Jewish communities is that they simultaneously hide and reveal. They most obviously cover the head, but disclose a very particular kind of identity or affiliation. My experience in the Orthodox community is that the intended audience for the signals of which kind of kippah worn by men is other Orthodox Jews: the material, size, and location on the head collaborate to pinpoint specifically with which sub-sect of Orthodoxy one identifies.

The double irony is that within Orthodox communities, not wearing a headcovering is a bold statement. Not only is one signifying that they are breaking with the community, but that they are willing to conceal their Jewish identity among their gentile neighbors. In this way, going uncovered is perceived as going undercover.

Sadly, there are many places in Europe where Jews advise not walking around with headcoverings because of the fear of sentiments and actions emanating from the far right, far left, and/or Muslim communities. It is a sad reality that many bold leaders there are seeking to rectify, which partially explains the French Jewish community's response to the Burkini ban. A French Jewish friend of mine, Noam Ohana, feels that although there is a de jure ban on the burkini on many beaches, there is a de facto ban on the yarmulke (the Yiddish word for kippah) in many neighborhoods.

Men and women in our community experience headcovering very differently. For women, it is bound up with motifs of modesty, though sometimes these are undone by lavish and stylish wigs personified in what one blogger calls a "hot Chani" (Chani being a common Hebrew name in Orthodox circles). I do not envy modern Orthodox women who negotiate personal, familial, communal, and professional expectations in figuring out how to find their practice. Wearing a yarmulke does not come with as high a price. 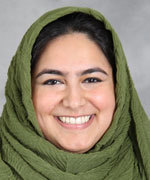 Historically, some of the first Muslim women to cover their hair were the wives of the Prophet Muhammad. As exemplars in the community, their covering represented dignity, humility, and modesty for Muslim women. It also served as a marker of social class, as slave women of the time did not cover. Traditionally, men used to cover their heads as much as women, and this covering carried similar resonances of dignity and humility. While women's covering became an "obligation" in Islamic law, men's covering did not, although some schools of law highly encourage wearing it as Sunnah, or practice of the Prophet Muhammad, and during prayer.

To me, the Qur'an is seemingly ambiguous when addressing women's head covering, stating that women should drape a scarf (khimar) over their chests. Many scholars say that this khimar denotes a head covering, while others insist that this is not clear in the text. Thus, we see a wide range of practice of head covering across Muslim communities, including many who do not cover.

In terms of my own diverse American Muslim community, I have met women who wear the headscarf as a way to openly express their Muslim identity, particularly in the wake of 9/11 and anti-Muslim bigotry. Others have taken it off more recently out of fear of being targeted and harmed. Some wear it out of religious obligation or conviction, others out of social pressure. Some don it to express humility and modesty, others for piety and drawing closer to God. For some Muslim women, wearing the headscarf is a form of political expression. Muslim women cover their hair with multifarious intentions which may change throughout our lives.

My own decision to cover my hair in my mid-20's was initially to honor and remember Zaynab, the granddaughter of the Prophet Muhammad, a deeply spiritual and courageous revolutionary who struggled to restore justice in the Muslim community and whose head covering was forcibly removed by the ruling powers to humiliate her.

I am curious to hear more about the religious significance of head covering for women and men in the Orthodox Jewish community and what makes it spiritually meaningful for individuals.

Covering my head is a constant reminder of G-d's Presence and my bond with the Jewish people. In my experience, this is true for many men who wear a kippah. (By the way, while I speak here mainly for the Orthodox Jewish community; some women in the liberal movements, especially rabbis, also wear a kippah, either at all times or during prayer and study.)

It is important to note that the traditional customs for men and women do not appear to be related to each other. For Orthodox women, there is an added dimension of modesty not present in men's headcovering. Women only cover once they are married, rendering the covering of hair something of a status symbol.

The stricter interpretation of the custom entails covering all of one's hair; the more lenient one allows women to show the equivalent of 4 inches squared. Still more lenient positions provide allowances for showing more, or only covering one's head, without regard for how much hair is covered. Some women cover their hair only when they are outside the home, though inside the home they will go uncovered, even if they have guests over. Some married Orthodox women (and virtually all non-Orthodox women) do not cover their hair at all, rejecting the interpretations that consider it obligatory or finding no meaning in the practice.

Though it is difficult for me to speak for women, what some who do cover their hair have shared with me is that they embrace the spirituality of a woman's symbol, and appreciate the deeper significance of the implied modesty. Women in the workplace struggle with how to "fit in" or advance while bearing a symbol that designates them as an Orthodox woman. Sometimes, they are concerned about a bias against them; other times, they fear they will need to battle the perception that they are somehow oppressed or undereducated.

How do these issues play out within Islam?

Muslim women are also burdened by perceptions of being oppressed, undereducated, or "needing to be saved."

For many American Muslim women, covering their hair serves to both challenge these perceptions and to subvert capitalist constructs of women's beauty that often reduce women to sex symbols. Interfaith organizer Nadiya Takolia remarks in her Guardian column that covering her hair is a political act "...telling the world that my femininity is not available for public consumption. I am taking control of it, and I don't want to be part of a system that reduces and demeans women." (1)

Takolia and many other Muslim women are confronting the sexualization of female bodies by donning the headscarf and covering their bodies. For them, covering their hair is actually a feminist statement.
Contesting the widespread notion that the headscarf subjugates women, London-based journalist Hanna Yusef shares that on the contrary, "...for many women, the hijab allows them to reclaim their bodies and have full control over them, and that makes a lot of people uncomfortable." (2) She and many other Muslim women continue to emphasize the importance of a woman's freedom to choose her dress and its symbolism, while recognizing that there are some Muslim women and girls upon whom a particular dress is problematically forced.

In my experience, the significant percentage of Muslim women who have not adopted head covering as their practice support the right of other women to choose to wear it; a minority of Muslim women reject the practice, viewing its prominence a symbol of rising "Islamism" or considering it unnecessary and/or misguided. For many women, however, head covering is an empowering decision that also carries spiritual significance.

Ailya Vajid serves as the Associate Chaplain for Muslim and Interfaith Life at Carleton and Macalester Colleges. In this role, she supports the religious, spiritual, and broader meaning making journeys of Muslim, multifaith, and wider campus communities. In her work, she seeks to promote open, honest dialogue and interaction, and encourages communities to draw on the strength and richness of diversity as tools for learning, creative engagement, and positive change.

Rabbi Yehuda Sarna is the Executive Director of the Bronfman Center for Jewish Student Life at New York University (NYU), and the University Chaplain for NYU. He works to strengthen interfaith relationships on the NYU campus. In 2012, Rabbi Sarna he received an award from Temple of Understanding with NYU's Imam Khalid Latif and Chelsea Clinton for their work in advancing a new model of integrating interfaith and cross-cultural education into campus life.

"Can We Talk?" is a project of the Miller Center for lnterreligious Learning & Leadership of Hebrew College in Newton, MA, and the Institute for Islamic, Christian, and Jewish Studies in Baltimore, MD. This series provides a context for public discussion among Jewish and Muslim intellectuals and community leaders on a broad range of topics--religious, cultural, civic, and political--modeling constructive personal engagement across our communities. Each month, we feature a new conversation between one Jewish and one Muslim writer on a designated topic.