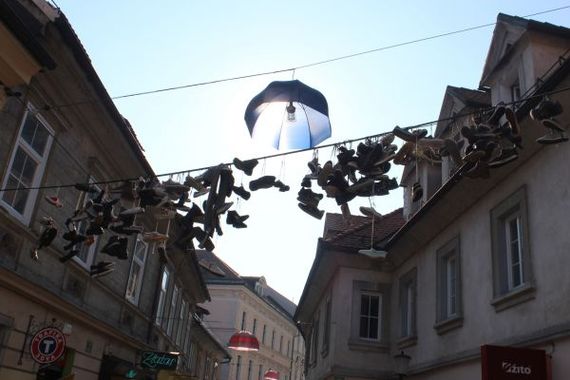 The spread of urban trends throughout the world is such an interesting phenomenon, it's something that doesn't need an extensive marketing plan. Just word of mouth, a shared picture/video here and there and presto, you've got the next ice bucket challenge.

There are many examples of international urban trends that just don't make any sense. Think of "planking," or "The Harlem Shake." What's the point and why were they so popular? With those two the popularity can probably be explained with the 10 seconds of fame a person gets when sharing such pictures or videos over the internet. But in another urban trend, throwing your shoes over a wire, there are no faces involved, so no 10 seconds of fame. 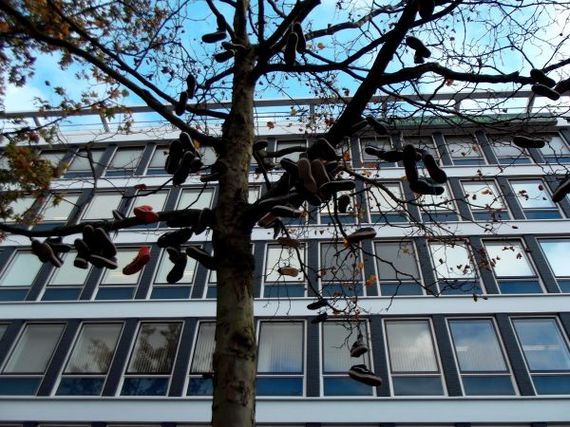 For me, this trend just raises a lot of questions. How far in advance is this planned? Do you take an extra pair with you, or do you walk home in your socks or on barefoot? Actually, why do it at all? Do the shoes mark a special memory or occasion? Super unique street decoration, or is it just for the hell of it? Some have suggested it's an art project gone haywire (no pun intended) or a practical joke by fraternities. In the States it's even got a name, "Shoefiti".

Some of our own bloggers for Spotted by Locals have also attempted to explain this phenomenon. Ljubljana blogger Miha Poredoš, has revealed a source that states people do this for good luck! Rotterdam local Renia guesses it has something to do with a nearby skate shop. 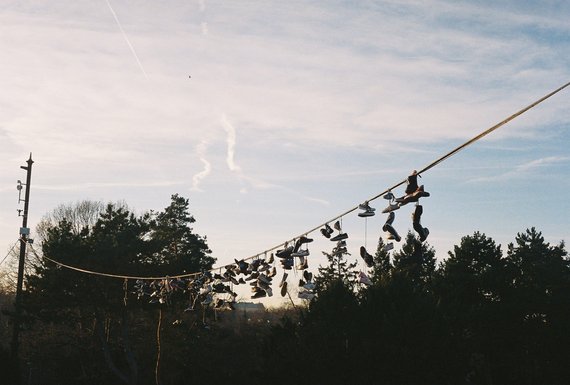 There are two that I like best. The first I like because it sounds like it came straight from a Hollywood TV series. The theory is that it is gang-related, white sneakers on a wire are a way of marking a gang's territory, warning you to turn around ASAP, or marking the place as a good spot to buy crack cocaine! The second is less sinister, where skaters would throw their old pair over the wire after they'd bought a new pair as an offering to the skating gods, to save them from broken bones.

So, what I can conclude is that no one is really sure where Shoefiti came from and what it means. Oh the mystery! If you're ever thinking of brightening up the streets with an old pair of shoes, or have ever done so, please let me know what the underlying thoughts were! If you're a newbie, according to my research, the trick is to stand directly beneath the wire and then throw the shoes up in a straight line. I've had a look in my closet, and there aren't any I want to get rid of. I'll save it for a later day, or special occasion!