I was 21 years-old when I contracted genital herpes from my boyfriend. And let me just say that I really do hate that word- herpes. It doesn't have an abbreviation, it doesn't roll off your tongue like say, chlamydia. It just kind of sticks in your mouth like a wad of stale chewing gum.

So yes, I was 21. I had been having sex for about three years. And that is always what kills me when I think about the numbers. In the 18 years I have been having sex, only 3 of them have been free of this stain, this shame backpack that I have been carrying around with me for far too long. Because that's really what a life with genital herpes is ripe with- shame and guilt.

Metaphysical healer, author and all around bad-ass, Louise Hay talks about the energetics around having a sexually transmitted disease and in particular genital herpes. She says that this virus can be manifested in the body because of a "mass belief in sexual guilt and the need for punishment, public shame, belief in a punishing God and rejection of the genitals."

Now I can't speak to the 50 million (yes, that's correct) Americans who have this virus but for me Louise Hay's assessment makes a lot of sense. I grew up in a Catholic upbringing where there were rules about sex. I grew up coming to understand the following: sex with someone you loved was ok. Sex outside of a relationship was not ok. Sex with someone I barely knew would make me a slut as would rushing into sex with someone too soon. So here was sex, offered up on a big fat silver platter with a barbed wire fence around the perimeter. And I don't blame any one person for this. Sex is still something that is covered with rules and shame and stigmas all over the world. And this keeps it in the shadows. With this post I am hoping to bring it into the light. 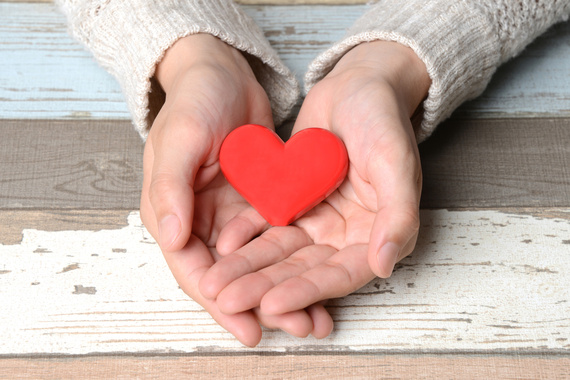 The first three years of having genital herpes were physically painful and all around stressful but there was a cocoon of safety that shrouded me- my relationship. He had it, I had it. It really didn't matter. Then we broke up and all hell broke loose.

Well that's not really accurate. Next came the denial. I never really bothered to learn that much about the virus because I was in a monogamous relationship. So when that ceased to exist, I clung to the idea that as long as I didn't have an outbreak and used protection that everyone would be safe. And this is what kept my conscience clear for the next year as I began to venture into the world of having sex with people that did not have genital herpes. With most guys I kept my lips sealed, with others, I spilled it. Shortly after that, they were gone.

Then I found myself in another relationship where I spilled it right out of the gate. He was fine with it. A little too fine. Our lack of protection caused him to contract it. Now I was back where I started and it didn't matter again. Then we broke up. And this time I was armed with an arsenal of information. This boyfriend was a smarty pants who researched quite a bit. We learned that we could spread it to others even if we didn't have an outbreak and even if we did use protection. Shit. Shit. Shit. My safety net was gone. So was my denial.

So from that point on I told almost every guy I slept with. This is how it mostly went...
We were most likely about to have sex (I'm a procrastinator). I told him. He acted like he was ok. He was not ok. He barely touched me or started to limit the way he touched me. Sex was never had. We broke up.

Now this wasn't always the case. I did have a few guys in this four year span that were cool with it but for the most part this was my life. And it sucked. I was pulled into a spiral of rejection that seemed to be a song on repeat. This went on for 4 years and in that time not one person ever came out and admitted that this was the reason our relationship never progressed. Because they would have looked like a big fat jerk telling me so. And hey, I get it. It's tough.

And then I met my partner. And when I told him he didn't play the passive aggressive nice guy. He expressed his frustration and how sucky this was. I knew he really liked me. We both knew this had the potential of going somewhere and there was this massive road block. Damn you genital herpes.

And the road block almost kept us from moving forward. He started to pull away. I felt it and called him out on it and together we decided to give it a go. But, it was a compromise. Once we started having sex we got really really creative. I'm talking dental dams, condoms and yes, even plastic wrap. It's ok, this one is funny. I'm laughing as I write it. And I was ok with this for a while. And then it started to feel really shitty. Eventually we stopped using the extras and now stick with good ole regular protection. We've been together for almost five years now and have a sexual relationship that is pleasurable and worry free.

But as I sit here writing this I can't help but admit that I have suffered from rejection. But not just any rejection. Rejection of my sex. Rejection of my vagina. Most guys didn't reject my face. Or my body. Or my mind. They wanted all of that. But once we got below the belt and I got really honest, that was when the rejection began. And for me to sit here and say this hasn't affected me deeply would be a lie. Because it has. It is a wound I am still in the process of healing. I haven't had a full breakout in over 10 years, I'm confident the yoga and my healthy lifestyle keeps it at bay. For me the emotional toll has been much greater.

About a year ago I came into a major breakthrough around all of this. My partner and I were in bed together and it hit me. It's the rejection that affects my relationship with sex. And it wasn't just the guys who didn't want to have sex with me. It was all of the rules and restrictions and plastic wrap that was put around my sex. Once again. I was basically playing out the same patterns I experienced as a child. Just all grown up.

When I came into this awareness a year ago I realized that I needed to share my experience of genital herpes. 1 in 5 people in the US have this virus and of those 50 million people 85% are unaware, which means that this disease will continue to spread, until we start to truly love every inch of ourselves. I do believe in what Louse Hay speaks of. I do believe we can heal our lives. I also believe that illness and disease come into our lives for a reason- to wake us up, to help us heal another broken piece of ourselves or to lead us more deeply onto our path.

And now I have a big favor to ask of you. Help me bring this conversation into the light. Share this post and help me spread the word. For no other reason than to empower some of the 50 million people that are suffering silently. And if you have a comment and don't feel comfortable leaving it below then send me your thoughts or even your story by PMing me on Facebook or contact me here. Let's be in conversation. This is how we all grow and heal.

More:
healthy livingSTDssexuality
Newsletter Sign Up
The essential guide to taking care of your mind and body
Subscribe to HuffPost’s wellness email
Successfully Subscribed!
Wellness delivered to your inbox