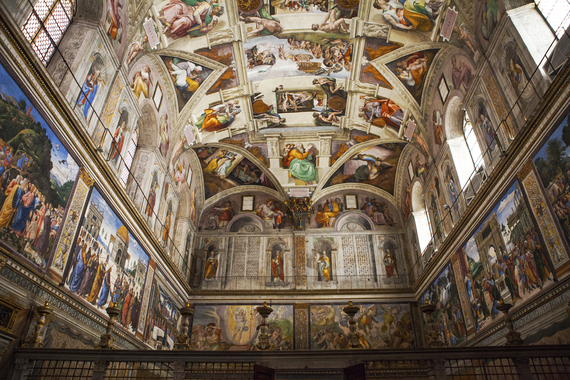 "Help, I have done it again
I have been here many times before
Hurt myself again today
And the worst part is there's no one else to blame"
-- Sia's "Breathe Me"

As I write this piece, these lyrics play on my phone. Sia's voice enters my soul and quivers up my spine. Music does that. It has saved my life.

It seems like a tape loop. The same scenario keeps repeating itself, and you find yourself in the same predicament over and over, again and again. The same experiences, similar outcomes, just with different people with different faces that you keep attracting into your life.

You stop to ask yourself how is it that you keep getting sucked into these same relationships, similar situations. How is it that you continue trusting the same people when you should have known better by now? Why have you not learnt, and when would be a good time to become aware of what you're allowing into your life?

It's like a bruise. The first time someone bumps into your arm accidentally it's unlikely to cause much harm and you're able to shrug it off and move on. The second time you feel the pain but you dismiss it as just coincidence and you nurse it and send it some love so it can heal. If however, that same arm gets hit, punched and prodded repeatedly over the years, you definitely have a tender spot there and now even the slightest reference to the bruise envelopes you with pain and shock.

You step away from the world and for years you don't allow anyone to come near you for fear of reliving that pain. There is no soft place to land when you come home from being pushed around in the world and there is no one to reassure you that you're okay. Instead you find yourself surrounded by criticism and rejection. You're told that you're overreacting and that you need to toughen up and face life.

What "they" don't see is that you're already tougher and braver from having been thru all the trauma. That although you're still covered in bruises you have still found the courage to venture out into a world that pushes you around and that is waiting for you to fail. You have risked the pain of rejection and failure and yet found the strength to rise up again despite being knocked down, even after every hardship and betrayal.

Others have not seen what it cost you but their opinion does not matter. Applaud yourself for not giving up, acknowledge and honor yourself. No one said that life was easy and you certainly have nothing to prove to anyone any more.

Try spending time with heroic visionaries. Try feeding off their genius to enforce your belief in yourself. Michelangelo was one such artist for me. I remain energized off the awe of being inside the Sistine Chapel not too long ago. Looking at the ceiling that Michelangelo painted I could not help but wonder at the commitment and the dedication that Michelangelo displayed despite the fact that he was not primarily a painter but a sculptor. It took him four years and consistent perseverance to paint all of the 343 figures on that ceiling.

Michelangelo's masterpiece reminded me what human beings are capable of. And pushed me to raise my own standards while crushing my internal barriers and dialogue that would keep me small.

We all get a second chance in life (or a third, or a fourth, fifth and sixth!) because life is speaking to us during our greatest trials. Failure is our greatest teacher as it forces us to either keep trying on the same path with a higher level of consciousness and understanding of the mistakes we made, or else failure forces us to give it all up and move in an entirely new direction.

If you're going thru a painful season in your life just know that mistakes are never worthless, and that failures make you stronger. They teach you to see possibilities that you would have never fathomed in your most comfortable moments.

Release the past and unleash your happiness. Step into a way of living that is magical so you wake up each morning feeling uncommonly grateful, generous and free.

Your life is a movie. You get to write the script. Now compose the narrative and get yourself into the groove for the creation of the best story ever written.