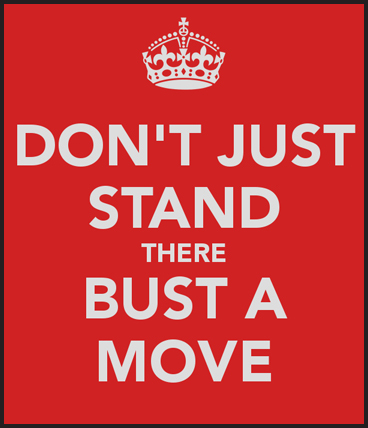 I looked carefully at Rosa, who seemed irritated. She was pretty but with such a hard edge. The lines engraved in her face told the world she had weathered a thousand storms. The tension in her jaw screamed that she had bitten even more bullets. Yet I was told she has barely spoken in groups or individual therapy. I was a new therapist at the prison, and she was just transferred to me against her will, yet in our first one-on-one session we kind of bonded, and she opened up more than she had with anyone (according to her).

I looked around at the Grief and Loss group -- the tension was crazy thick and my co-facilitator Pat-tay looked terrified (apparently challenging certain clients was a no-no). It was quiet but the smirks and contempt was piercing my eardrums. I couldn't hide my extremely large gulp. But I knew that I couldn't just let this go -- for two reasons: 1) Rosa needs help. I had just done her long awaited psychosocial assessment and she told me a life story ridiculously filled with trauma and adversity (44 years old, six kids -- some of which she lost again and again to the system, gang affiliations, sexual assaults, vicarious murders, and in and out of the system). This was her last chance before real prison. And 2) because I have a philosophy in life...

"Do something other than nothing," I said firmly to Rosa.

"DO SOMETHING OTHER THAN NOTHING."

Now I had their attention. In that moment, I felt compelled. Not like Morgan Freeman "Lean on Me" compelled, but more like Tom Cruise "Jerry Maguire." If it was something I really believed in, fear became secondary and inspiration took over. And I really believe in this philosophy, so I kept going.

"I have read through the group notes, and the majority of you have done the minimum. You fly under the radar and get away with it. Not anymore -- not while I am here. As long as I am the lead therapist, all of you will be doing something other than nothing. No exceptions. You know why? Because I care. I care that you grow somehow, even if it is just a little bit, so you can get something out of this program -- so that you can have a better life, be there for your children, fall in love..." I saw a few smiles, one woman blushed, so I laid it on Jerry Maguire thick:

"YOU COMPLETE ME!" I yelled.

Just kidding. I actually said, "WHO IS WITH ME?!?"

No, there was not a barrage of cheers and fist pumps. However, I did have more than one person clap and shout in agreement (unlike Jerry, who only had that one chick). Pat-tay suddenly became brave and was bobble-heading in agreement, pointing at some of the culprits who had done nothing.

That was the beginning for Rosa. I only had her for six more months, but in that time she was open and willing in easily digestible bites, which was more than she had done, well, ever. That day all I did was ask everyone to write down and say out loud one thing they feel grief over. Every single person spoke, although some with disdain. I took a moment to acknowledge them for doing something other than nothing.

Sometimes that is all it takes for the beginning of a new path -- doing something other than nothing in a moment where you may feel frustrated, stuck, overwhelmed, helpless, or hopeless. Here are eight scenarios that might come up, and something you can do in that moment to help you out. Note: You can use these options with any of the issues:

Issue 1: You feel unmotivated or lazy
Exercise: Change positions. If you are standing, sit. If you are sitting, stand. Spin in a circle. Jump up and down. Bust a move. Cross your legs differently. You get it. Also, change your scenery. Get outside or go into another room, even the bathroom.

Issue 2: You are triggered (in an argument, with your kids, etc)
Exercise: Stop talking (shut up!) and take a break, even if you are mid-sentence.

Issue 3: You feel stressed at work, school, etc (i.e. deadlines, task overload)
Exercise: Take a Stress Relief Breath and get oxygen to your brain. It will energize you and heighten your concentration. It will also calm your nervous system. You can also do the same as Issue 1.

Issue 4: You are blowing it in your relationship
Exercise: Love is in the behavior, not the words. Do something to demonstrate your love, even if it's just a hug or putting away the laundry.

Issue 5: You feel stuck in childhood issues
Exercise: Do supportive journaling. First vent about what you're upset about. Then be kind and loving and write what you deserved, wanted, and needed.

Issue 6: You feel anxious or depressed
Exercise: Stand up and shake your body off. Do the same as Issue 1, 3, and/or 5.

Issue 7: You are about to do something unhealthy to quell that anxiety or depression (drugs, alcohol, sex, shopping, eating...)
Exercise: Do the same as Issue 6. Or, just ask for help. Now.

Issue 8: You are overweight or unhealthy
Exercise: Exercise. If even it's a walk around the block. Cut down on one cigarette today. Eat one green food today.

Regardless of the issue, make a commitment to DO SOMETHING OTHER THAN NOTHING for now on, no matter what the content. Say it out loud right now, every morning, and right before bed, "From this point forward I will do something other than nothing."

Based on true events, all names have been changed.