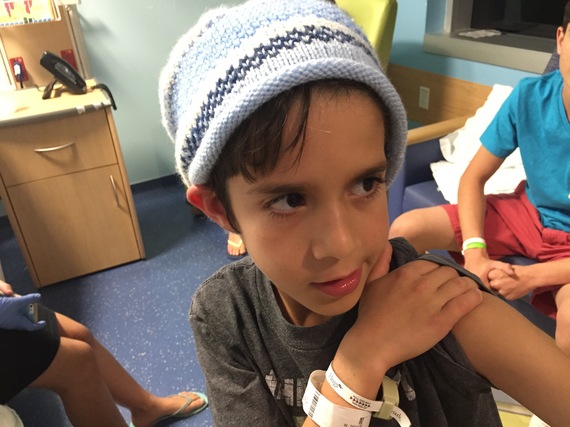 When my son was diagnosed with a brain tumor, we focused on treating him and getting him better. He needed tests - MRIs, EEgs, evaluations - and he needed surgery. I was suddenly introduced to new words I had never heard before and new worlds that had little to do with the day to day I had been used to. I was monitoring medications and side effects, watching for seizures, changing my son's diet and reading up on everything I could get my hands on regarding his tumor, his condition, his prognosis. Every little concern prompted a call to one of his many doctors and a follow up Goggle search just to double-check on the doctor's advice.

And so we worked on healing him. We wanted everything to go back to normal. He would have surgery and go back to school and we would all live many, many more years. Happily ever after.

But we soon learned that brain surgery is a little more complicated than that. And you can't mess around in someone's head and expect everything to be the same as it was before. We also didn't consider the repercussions for our son and what going through this experience meant to him. We worried. All the time. When he was going to a friend's house or riding a scooter. Returning to school wasn't just getting back into the swing of things. It was taking him longer. His memory was shot. His handwriting changed. He was angry and miserable and we just smiled, staying positive as we shuttled him to OT and tutors and follow-up MRIs and doctors.

We thought we were healing him.

It took an organization to show us that we had forgotten the missing piece in my son's - and my family's - healing. 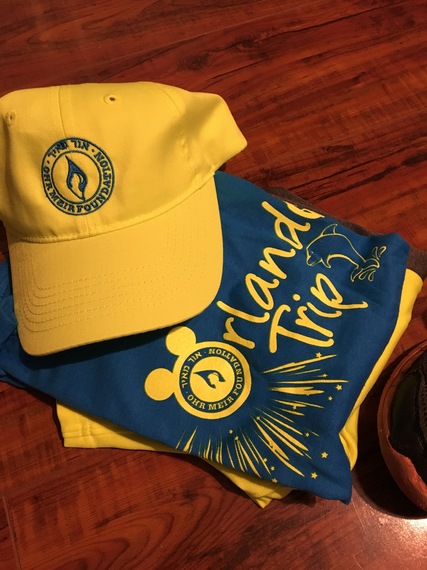 Chai Lifeline, an organization dedicated to supporting children and families in crisis and through illness, had been by our side since my son's original diagnosis. On one particularly difficult day when I was having a meltdown almost as large as my son's, the regional director suggested that I send my son on a trip to Orlando. Through an organization called Ohr Meir, kids from all over the country with life-threatening illnesses, come together for a four day, action-packed, distraction-laden trip to the theme parks and attractions in Orlando.

For starters, my son no longer had a life-threatening illness. His tumor was benign. He didn't need chemo or radiation. I didn't want to identify him as a "sick kid." Though we knew it would be a few years before we were totally in the clear, his prognosis was good. Besides, I didn't think he'd even want to go. This is a kid that doesn't even go to birthday parties. He never slept over at a friend's house. There was no way he would want to be away from us for four days, Disney notwithstanding.

I missed the whole point, though.

He jumped at the chance.

I didn't realize how crucial this trip was for my son's healing. I thought, "Sure! Trip to Disney! Everyone loves Disney!" I had no clue. I watched the transformation in the pictures that were updated on Snapchat, Instagram, Facebook, and WhatsApp by the overly caffeinated and highly energetic staff. Every second of the day was focused on keeping these kids away from their various diagnoses and ailments, focusing instead on just having fun. But I really didn't get it until my older son, looking at his younger bother in the pictures on my phone, said, "Wow! He's smiling! He never smiles like that!" 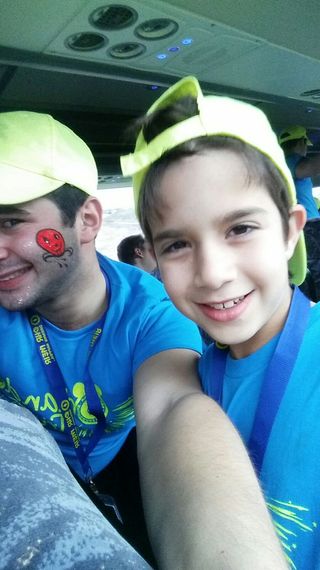 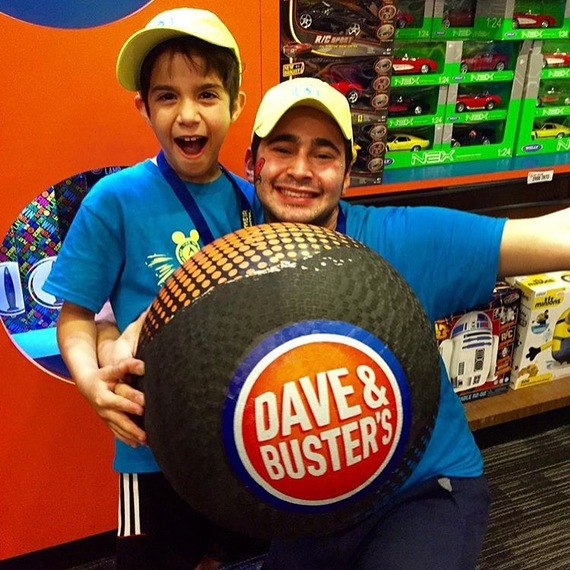 It was true. I hadn't even noticed it, but over the months, he had lost that smile. It was forced in pictures and never came easy. Looking at the pictures that flooded my phone, I saw my son happy, for the first time in a long time. He wasn't thinking about the upcoming PET scan or the 48 hour EEG that the neurologist had suggested offhandedly at the last visit like it was no big deal. I saw him being a kid. Being happy. Running around without neurotic parents or demanding teachers or prodding residents with their IVs and needles.

Healing is not just about the medicine. It is about happiness. My son might not be the same as he was before the surgery, but his life is more than catching up and staying ahead of seizures and tumors. Ohr Meir and the amazing Chai Lifeline staff gave that gift to me. They gave that gift to him. They reminded me what my son truly needed in order to heal. He needed to be a kid. And we needed to remember what that looked like. 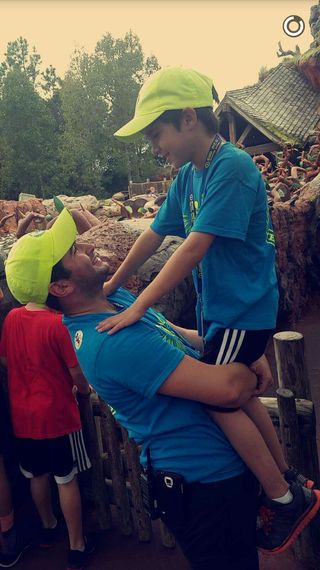