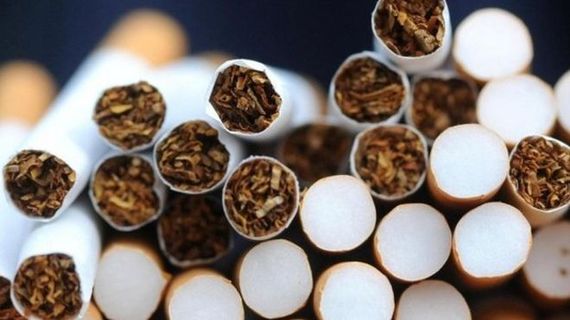 The blog is co-authored by Mandeep Dhaliwal, Director at UNDP's HIV, Health and Development Group, Bureau of Policy and Programme Support and Roy Small Health and Innovative Financing Consultant, UNDP.

Today, developing countries are home to four out of every five premature deaths from non-communicable diseases (NCDs), with tobacco use a leading culprit. NCDs, such as cancer, cardiovascular disease, diabetes and chronic respiratory disease, are straining already fragile health systems and hitting the poorest hardest, with forecasts painting a bleak future. In Africa alone, the number of smokers is set to grow from 77 million in 2013 to roughly 600 million by 2100.

None of this is good news for development efforts at-large and the global community has taken notice. The new 2030 Agenda for Sustainable Development includes targets on tobacco control, and the internationally agreed framework for financing development efforts, agreed in Addis Ababa in 2015, encourages countries to routinely explore tobacco taxation as a means to improve health while simultaneously financing their development priorities.

As experts gather this week in Delhi, India for the Seventh Conference of the Parties to the World Health Organization Framework Convention on Tobacco Control (WHO FCTC), the question of the nature and extent of tobacco taxation, a proven instrument, is a constant refrain in the discussions. Central to the agenda in Delhi must be figuring out how to make effective tobacco taxation in countries the rule and not the exception.

Tobacco taxes have emerged as a proven gold standard intervention in rich and poor countries alike to stem the rising tide of health and development challenges. They reduce consumption of tobacco products, thus improving health, while generating significant revenue for governments. Raising excise taxes on cigarette purchases by about US$ 0.80 per pack in all countries, for example, would lead to as many as 66 million fewer smokers and generate an extra US$ 141 billion in revenue globally.

Yet data from 2014 show that just 10 percent of the world's population was covered by tobacco taxes that total at least 75 percent of the retail price - WHO's recommended level.

Further to that, misperceptions about tobacco taxes continue to stand in the way, such as the notion that taxing tobacco (and other health-harming products such as alcohol, sugary beverages and processed foods) is unfair to the poor, because the poor tend to consume these products more, and the taxes would represent a larger share of their income.

We can no longer afford to accept such arguments at face value, especially at a time when new and innovative sources of development financing are needed more than ever. It would be irresponsible not to consider how tobacco taxation can help improve health and development outcomes.

Every day people's consumption choices are being shaped by outside forces - but this is not primarily because of government taxation. Rather, it is because of commercial practices that are, sadly, centuries old. Tobacco and other health-harming products are being peddled to developing country markets with unprecedented force. Manipulative messaging is designed to hook consumers in for life, leading to higher rates of premature death and disease among the world's poor.

Taxes on tobacco products can even the playing field. Because the poor are more sensitive to price increases, they are more likely to quit, cut back or never start using tobacco products. As a result, they save money and their health improves. Wealthier users tend not to change consumption patterns as much in response to price increases, which means they wind up paying the majority share of the taxes. In Thailand, the Asian Development Bank estimates that 60 percent of the deaths averted from a 50 percent tobacco price increase would be in the poorest third of the population, who would pay just 6 percent of the additional tax burden.

Policymakers must begin to embrace tobacco taxation for two additional reasons. First, to channel the funding into health and development programmes; for example, the revenue from such taxes can be used to finance universal health coverage or education initiatives, which was done in the Philippines and United States respectively. Second, taxation can help address the inadvertent side effects of the use of tobacco products. For example, the 886,000 people who died last year from second-hand smoke. And what of the health care costs that society shoulders to treat and manage NCDs? WHO estimates that the direct annual cost of diabetes to the world is more than US$ 827 billion, with taxpayers picking up much of this tab.

Of course, not everyone will reduce consumption or quit smoking in response to tax increases. It remains true that poor individuals who continue to consume tobacco products at the same rates will in fact wind up spending a greater share of their income on tobacco taxes than will the wealthy. This makes it essential to offer cessation and other support services alongside tobacco tax increases in communities where daily life, whether because of industry targeting or otherwise, has resulted in high rates of consumption.

UNDP is strengthening its partnership with the WHO FCTC Convention Secretariat to advance tobacco control governance in developing countries, including by making the economic case for tobacco taxation.

Tackling tobacco is neither straightforward nor easy. Yet it is important to remember what's at stake: lives lost, long-term suffering, health systems crippled, households pushed into poverty, and productive capacities reduced.

We urge those gathered in Delhi this week and all working on sustainable human development to start seeing and using tobacco taxation as the tool that it is. With strong political will and leadership to end tobacco use, and with the right policies and partnerships, we can reverse the crisis.