Getting to the bottom of a headline-making discovery.

When a report in "The Journal of the American Medical Association" found that being overweight lowered a person's risk of dying from any cause by 6 percent, we did a double take. After all, if there's one piece of advice you can count on your doctor to give, it's "watch your weight." And it's been drilled into us that when the needle on the scale creeps up, so does the risk for chronic diseases like cancer and type 2 diabetes. But after analyzing 97 studies involving nearly three million adults, the study authors, researchers from the Centers for Disease Control and Prevention (CDC), found that having a body mass index (BMI) between 25 and 29.9 (the range defined as overweight) may extend your life span. What to make of this? We got the skinny:

Body fat may have a protective quality if you're sick.
Among people of all shapes and sizes suffering from the same health issues (such as diabetes or heart disease), those who are overweight seem to fare better. According to a study in "Mayo Clinic Proceedings," normal and underweight heart disease patients with a low percentage of body fat were more than four times as likely to die from the disease as overweight patients over the course of three years. The reason may be twofold: Some of the hormones released by fat can have anti-inflammatory properties that fight disease, and fat tissue may provide greater energy reserves to aid recovery. "When you're sick, your body may require more energy to heal properly," says CDC scientist and study coauthor Brian Kit, MD. "To some extent, extra fat can provide a crucial boost so you can bounce back faster."

The "overweight" label may not be accurate.
Though BMI is the standard by which many doctors classify patients, it is increasingly viewed as a flawed standard because it relates weight only to height. "BMI is a useful measure, but it's imperfect," says CDC researcher and lead study author Katherine Flegal, PhD. One major imperfection: BMI doesn't account for fat distribution. So while studies credit fat with potentially having a protective effect, it depends on where that fat is stored -- belly fat, for instance, has been associated with heart disease and diabetes.

The more you weigh, the better medical care you'll receive.
"If you compare obese people with hypertension and thinner people with hypertension, you'll find that more of the obese people are prescribed medication for it," says Kit. A study in "The American Journal of Cardiology" theorizes that doctors are more likely to aggressively treat their heavier patients because excess weight is such a visible risk factor for heart disease. On the flip side, that same bias may delay medical care for thinner people.

Living longer may not mean living better.
A separate CDC study showed that the heavier the person, the more likely she is to be on prescription drugs for certain chronic ailments. While medication can increase longevity, the findings didn't look at the price paid in quality of life -- and that's ultimately a cost worth weighing.

OWN Healthy Mind & Body Own Obesity

Can Being Overweight Help You Live Longer?
9 Surprising Health Facts 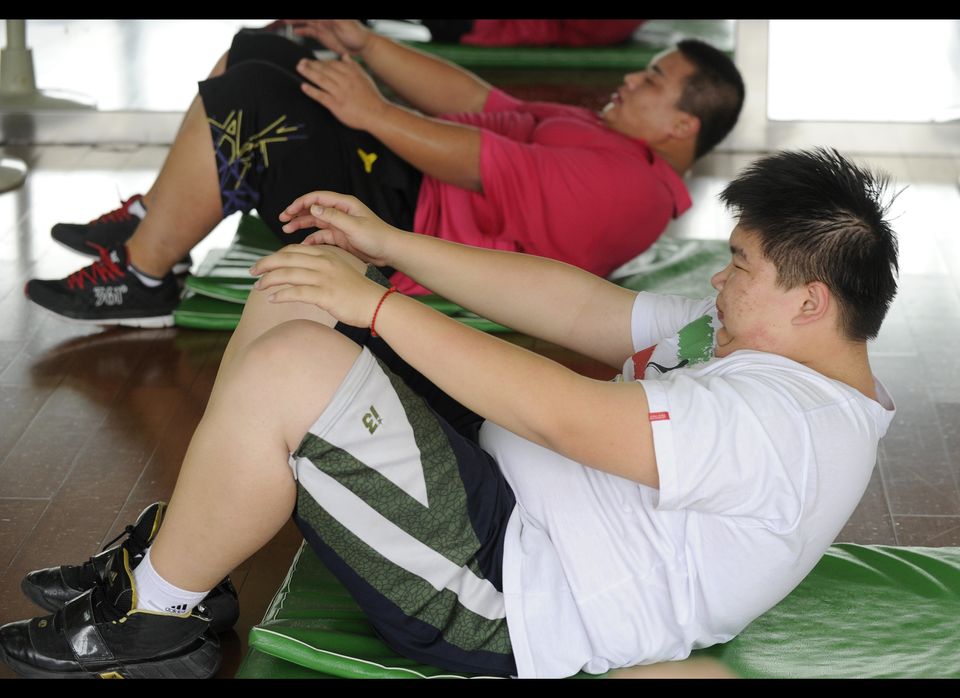 1 / 9
You Can Be Fat And Fit
For people with osteoporosis, a few extra pounds may actually be beneficial. "The more stress you put on bones, the more they grow, so someone who weighs more will have denser bones," <a href="http://www.aarp.org/health/healthy-living/info-11-2011/carrying-few-extra-pounds-may-be-healthy.html" target="_hplink">says Timothy Church, M.D., professor at Pennington Biomedical Research Center in Baton Rouge, LA.</a> "That's an advantage as we grow older and lose one to two percent of muscle a year." Another plus to a little body fat is that it provides "volume replacement," filling in wrinkles and sunken areas of the face to provide a more youthful appearance.
Getty