In the midst of all the indulgence and decadence this time of year, it's comforting to know there are some very real health benefits to some of the most common flavors of the season.

Between candy canes and Christmas bark, peppermint is giving cinnamon a run for its money as stand-out spice of the holiday season. And we're thankful for that, considering the following:

Peppermint Tames Stomach Trouble
Folk wisdom suggests peppermint might aid all sorts of gut problems, ranging from nausea to menstrual cramps, but the most scientific evidence exists for its powerful response to irritable bowel syndrome or IBS. A 2007 Italian study found that IBS symptoms were significantly reduced among 75 percent of patients who took peppermint oil capsules for a month. Of those who were given a placebo pill, only 38 percent reported any alleviation, Harvard Women's Health Watch reported.

A 2011 Australian study that set about to explain why peppermint seems to be so powerful discovered it "activates an 'anti-pain' channel in the colon, soothing inflammatory pain in the gastrointestinal tract," according to a statement. 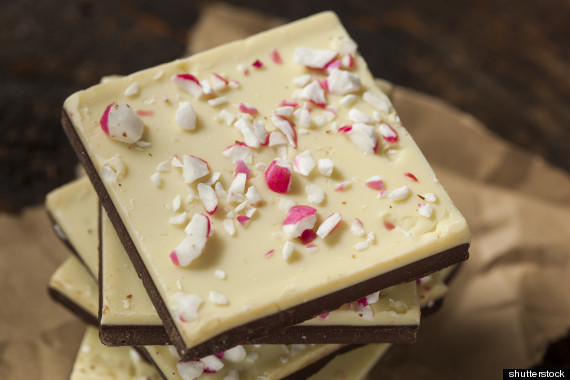 Here's a neat trick: Just smelling a candy cane might convince you not to eat one. In a 2011 study, people were asked to smell peppermint oil every two hours. They reported not feeling as hungry as people who didn't get a whiff, plus they ate 2,800 fewer calories throughout the week, the Chicago Tribune reported.

Peppermint Eases Tension Headaches
Tension headaches, most often brought on by stress, anxiety and alcohol consumption (during the holidays? Never!), may be quelled by a little topical peppermint oil. In a small 1996 study, rubbing a peppermint oil solution on the forehead and temples eased headache pain just as effectively as acetaminophen after 15 minutes. 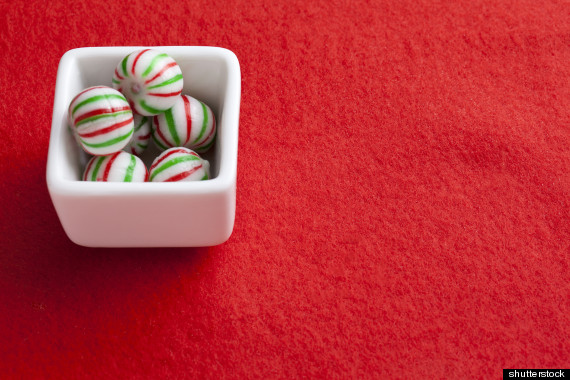 The scent of peppermint may also give us a mental perk. A small body of research conducted by Wheeling Jesuit University has linked smelling peppermint to greater alertness, motivation and even performance. One Maryland middle school went as far as ordering 3,600 peppermint candies for students to enjoy during a series of state-wide tests, the Washington Post reported.

Peppermint May Relieve A Stuffy Nose
One of the two biggest active ingredients in peppermint is menthol, the compound that gives so many of those over-the-counter cold and cough remedies their minty smell. There's little evidence sniffing the stuff actually clears your nasal passages, but it seems to trick your brain into thinking it does. People report greater perception of an un-stuffy nose, even if little physically changed after inhaling pepperminty products. Sometimes when you're really under the weather, that might be good enough!