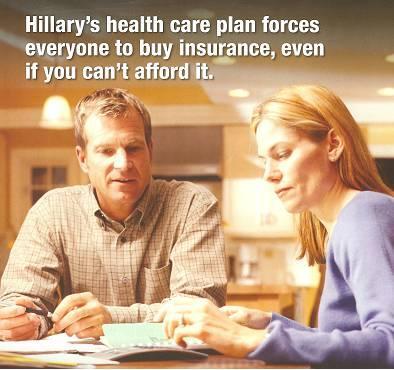 "Drive to the lowest common denominator."

These are all words currently used to describe Barack Obama's negative health care mailer, including coming from a former Edwards health care adviser (speaking for himself and having not spoken to Edwards about Obama's mailer). Experts who are not supporting any candidate, but are health care experts, were included in the Clinton camp call, all of whom charged that Obama's mailer could cause permanent damage to universation health care efforts.

I don't remember when I was on a media call with uncommitted experts denouncing the tactics of a Democratic candidate so strongly. But that was the case today, in a conversation that had Barack Obama being called "disingenuous," and the health care mailer he's currently sending out across the country roundly denounced.

Nothing like channeling insurance industry talking points, complete with art. As Paul Krugman says, the politics of hope, indeed. For those of you have been around for a while, you'll likely remember this beauty from 1993, which was bought and paid for by the insurance industry. 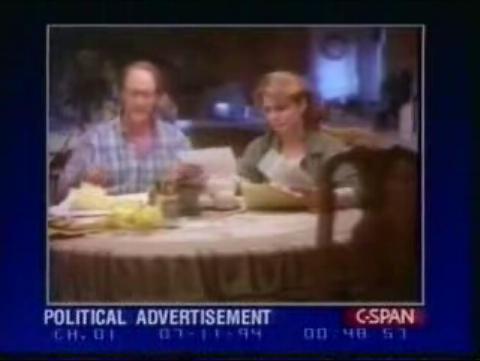 On the call they mentioned expecting this type of Republican talking points in the general election, but found Obama's mailer "very distressing" coming from a Democrat, going so far as to say it could damage the general efforts of getting universal health care going forward. On the call was former John Edwards adviser on health care, Peter Harbage. He is not joining the campaign, and he had not talked to Edwards about being part of the call. However, he believed the Obama campaign mailer "drives to the lowest common denominator." The experts on the call accused Obama of trying to "demonize" Hillary Clinton. Len Nichols, director of the health policy program fort he New America Foundation, who is also uncommitted, was particularly furious about the Obama mailer, which he feels uses the same language the insurance industry did to attack Hillary's plan in 1993. Nichols characterized the mailer as "so far over the line" that he was personally "outraged" by it. He said Obama should "retract it," retract the mailer. He went further to call it "disgusting," and called Barack Obama personally "disingenuous."

It's exactly as Ben Smith stated, showing the mailer: a flood of negative mail.

Clinton mentioned last night that the forces wanting to stop universal health care spent $300 million to attack her in 1993. Well today, Barack Obama is spending some of his big bucks to act as an agent against universal health care. He knows her plan is better. It doesn't leave 15 million people out, as well as aligns her with John Edwards. You have to wonder what he'd think about these negative and patently false mailers.

Sen. Obama fails to mention Hillary's plan cuts costs just as aggressively as Sen. Obama, if not more so.

Hillary's plan contains more generous subsidies than the Obama plan. Noted health expert Ken Thorpe of Emory University concluded that under the Hillary plan, everyone will be able to afford coverage.

The Obama plan leaves 15 million people out, which drives up costs because everyone else ends up subsidizing their emergency care.

Mr. Hope and unity in action. Saying anything to win, include parroting wingnut talking points that could scuttle efforts to get universal health, by sewing doubt into the electoral fabric.

Universal health care is something that should be as important to Democrats as Social Security. It's yet another rung on the social network ladder that F.D.R. began so long ago that has become the foundation of the Democratic party. That Barack Obama is demonizing Hillary Clinton's efforts using right-wing tools should send a chill through the entire progressive network.

... .. In the end, his plan is not universal, does not attempt to be, and is probably less generous in its affordability provisions than Clinton's. And even so, I wouldn't really care, as it's still a pretty good plan, except that he's decided to respond to the inadequacies of his own policy by fear-mongering against not only better policy, but the type of policy he's probably going to have to eventually adopt. It's very, very short-sighted.