As anyone who's ever paid a health insurance premium or a hospital bill knows, medical care is expensive. What Americans may not know is that residents of other countries don't pay nearly as much for the same things.

The latest data from the International Federation of Health Plans, an industry group representing health insurers from 28 countries including the United States, once again illustrates that American patients pay the highest prices in the world for a variety of prescription drugs and common procedures like childbirth and hospital stays.

And despite the persistent claims by nearly anyone holding or seeking public office in the U.S. that America has the best health care system in the world, there's scant evidence that we're getting higher-quality medical treatment or enjoying healthier lives than our counterparts abroad. What's more, the U.S. still leaves tens of millions of its own citizens without health coverage, and will continue to do so even a decade into the implementation of Obamacare.

To illustrate just how much more Americans pay for health care, the International Federation of Health Plans compared the prices for common medicines and services around the world in a report released on Thursday.

A prescription for Nexium, a popular remedy for acid reflux disease and other stomach ailments, costs $215 on average in the U.S., which is more than 3.5 times the cost in Switzerland, the second-most-expensive nation for Nexium prescriptions, and almost 10 times more than what Dutch people pay. 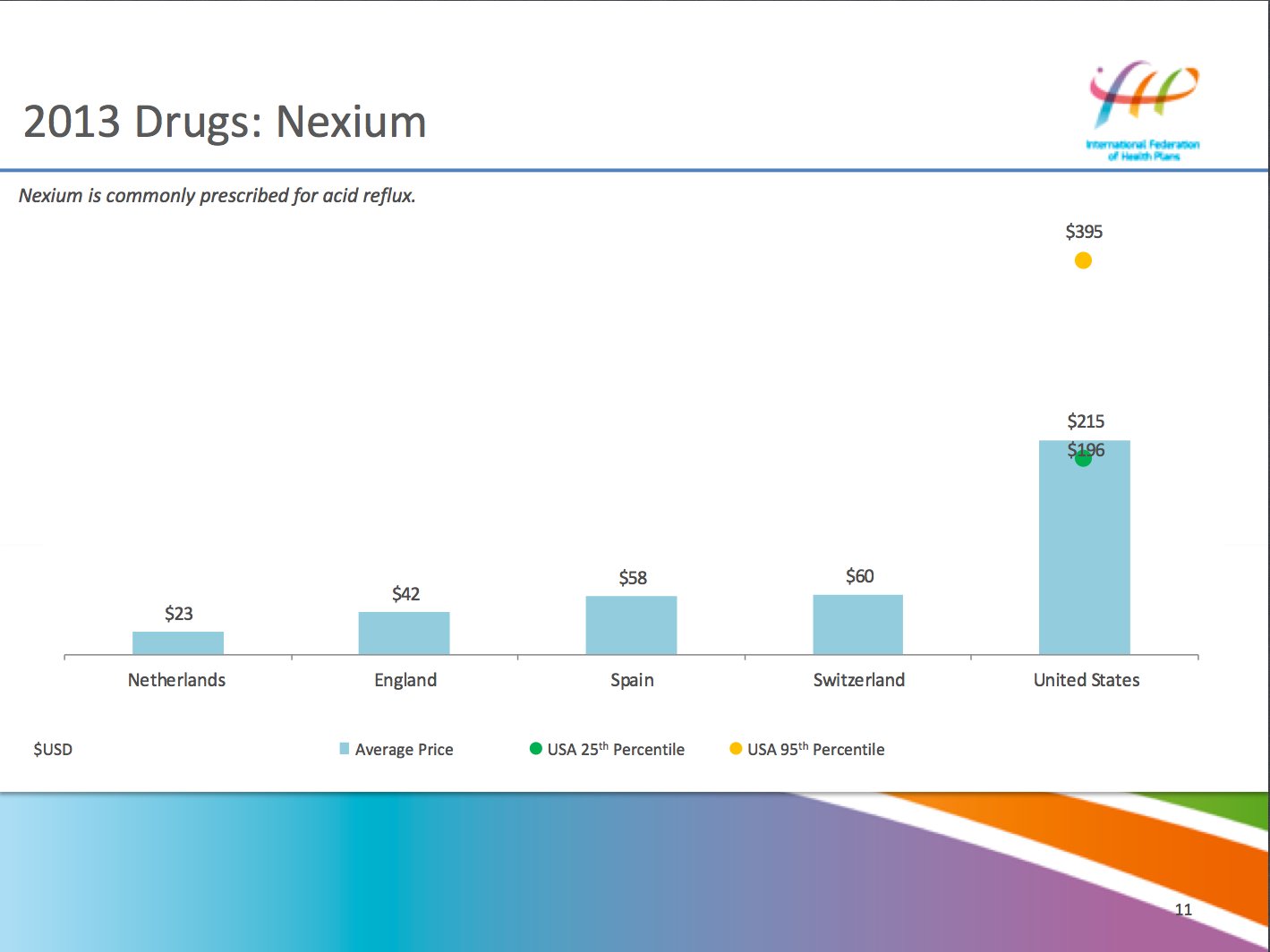 Prescription drugs are particularly expensive in the U.S. relative to elsewhere in large part because most other countries set prices for medicines through their universal health care programs, which the U.S. doesn't have. This can hit hardest for people, even those with health insurance, when they need the latest medicines to treat serious diseases.

Look at the price differences in the U.S. for these big-ticket prescription drugs, which are about twice as expensive in America as in the next-highest country and much more so than in the lowest-cost nations. 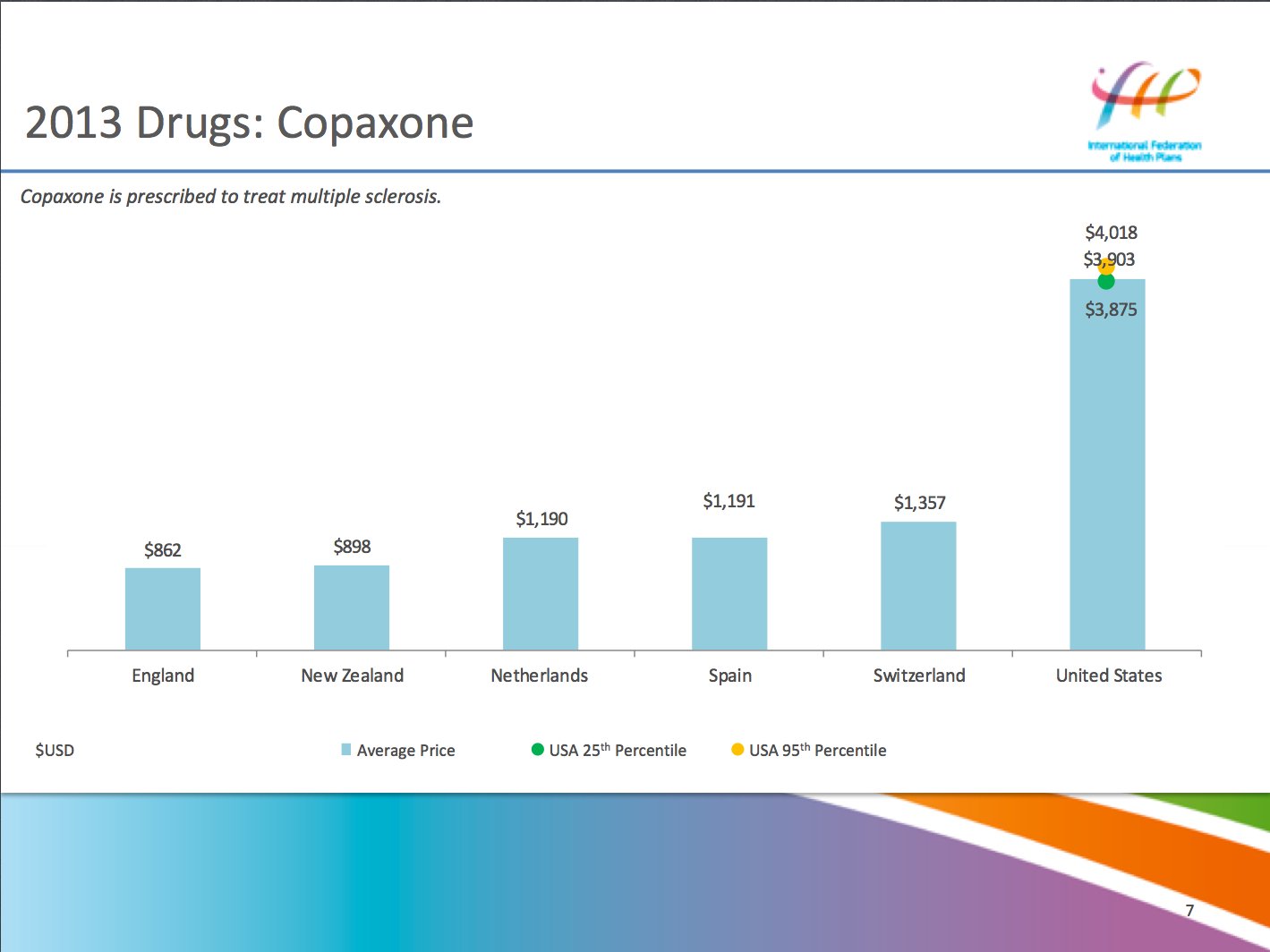 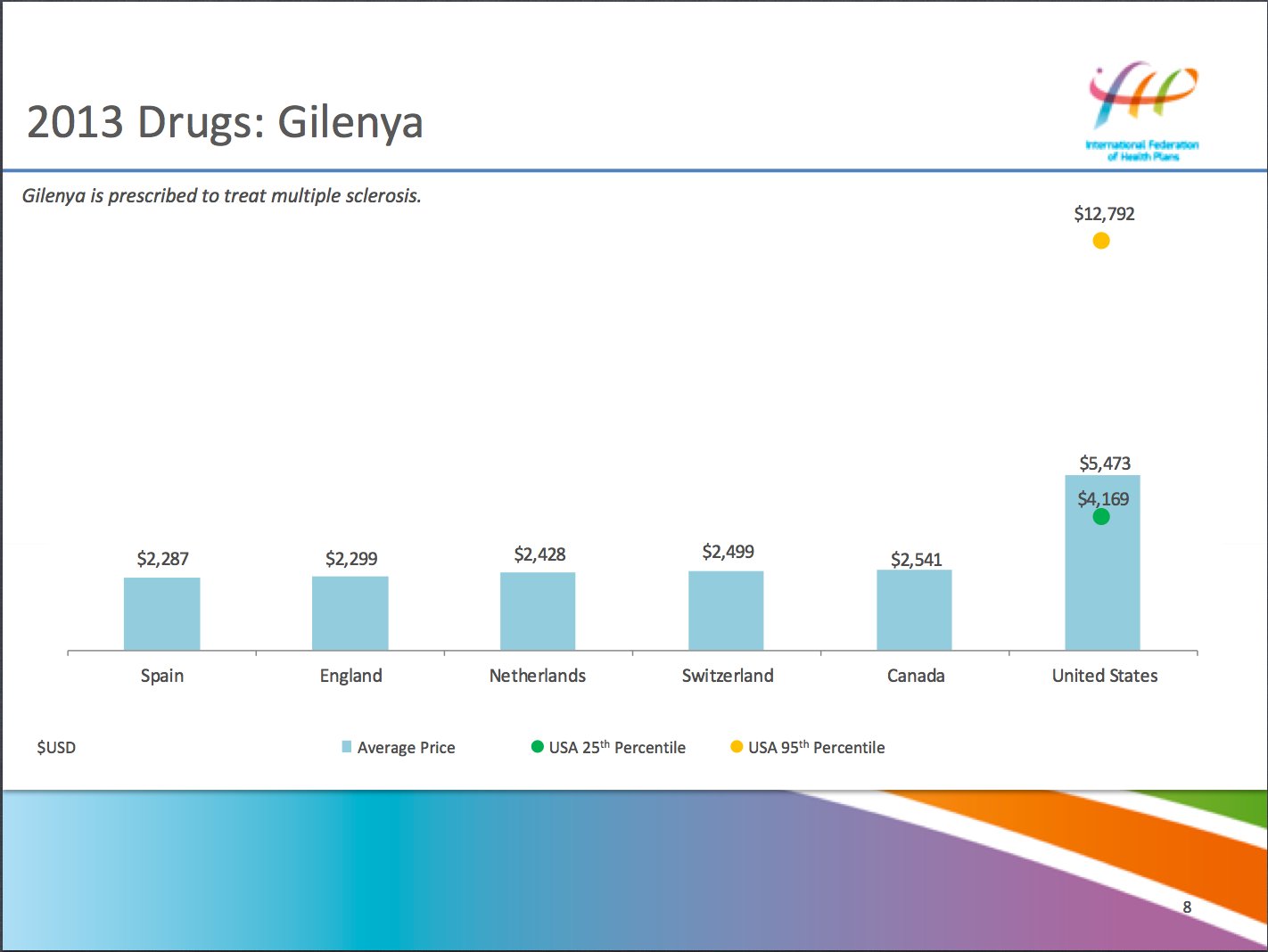 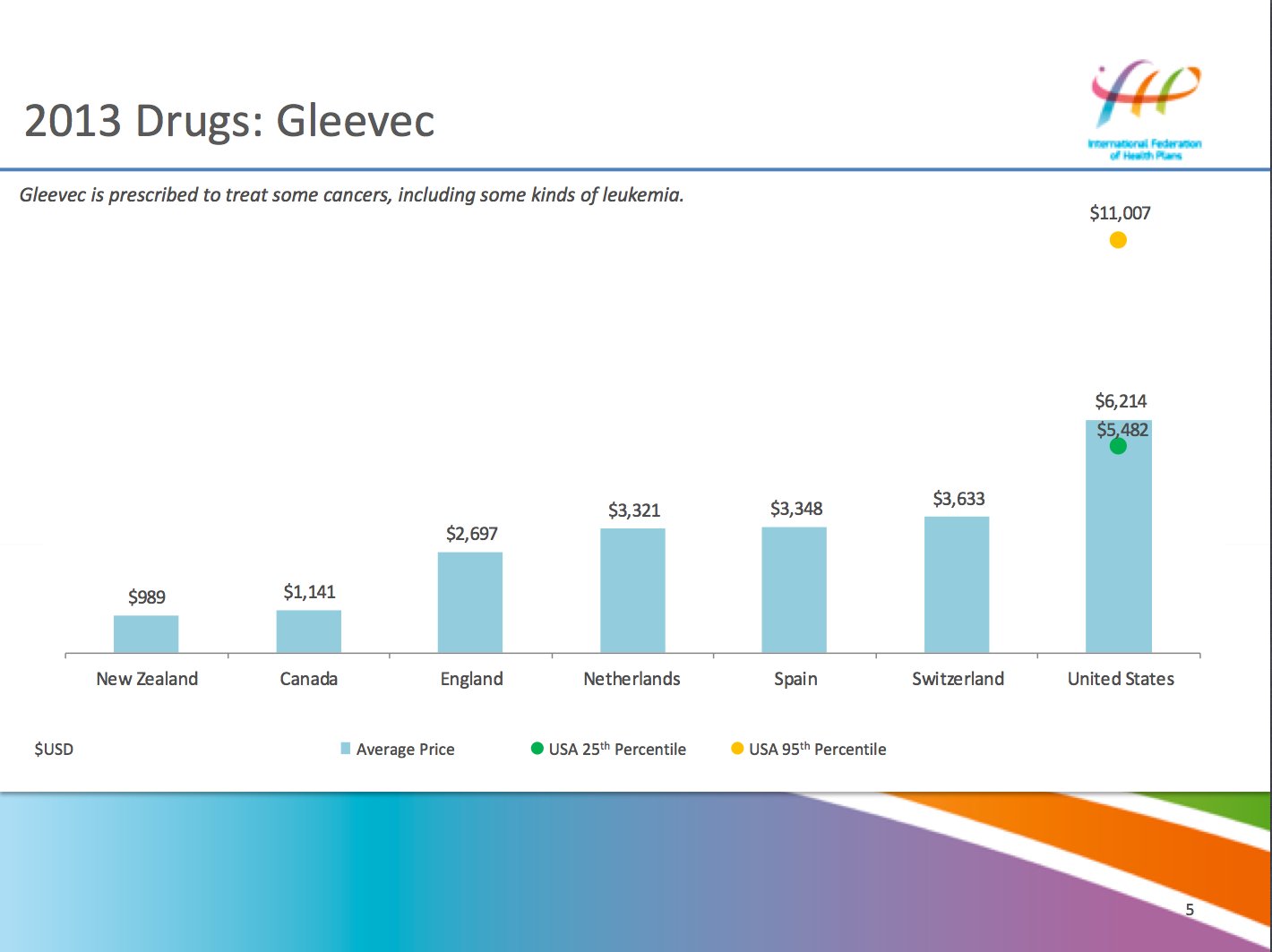 Sticker shock isn't just due at the pharmacy counter. U.S. hospitals, which took in the largest share of the $2.79 trillion Americans spent on health care in 2012, also charge more for many procedures than hospitals overseas, the report shows. The average daily cost of just being in a hospital is almost twice as expensive in the United States as it is in New Zealand, and almost 10 times as costly as stay in a Spanish hospital. 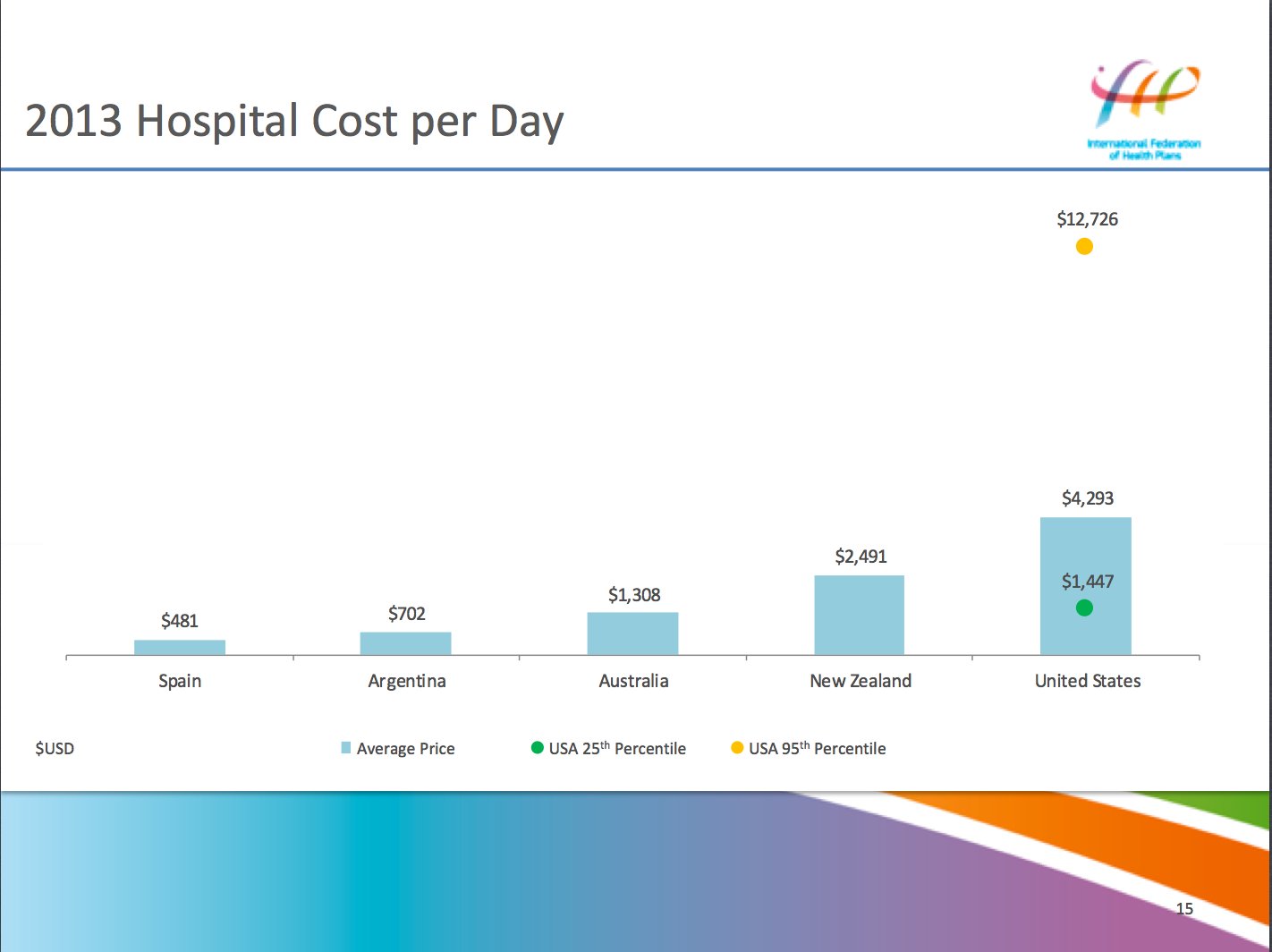 Likewise, the average price for heart bypass surgery in the U.S. is quite a bit higher than what the rest of the world pays, especially people in the Netherlands, who get off comparatively cheaply. 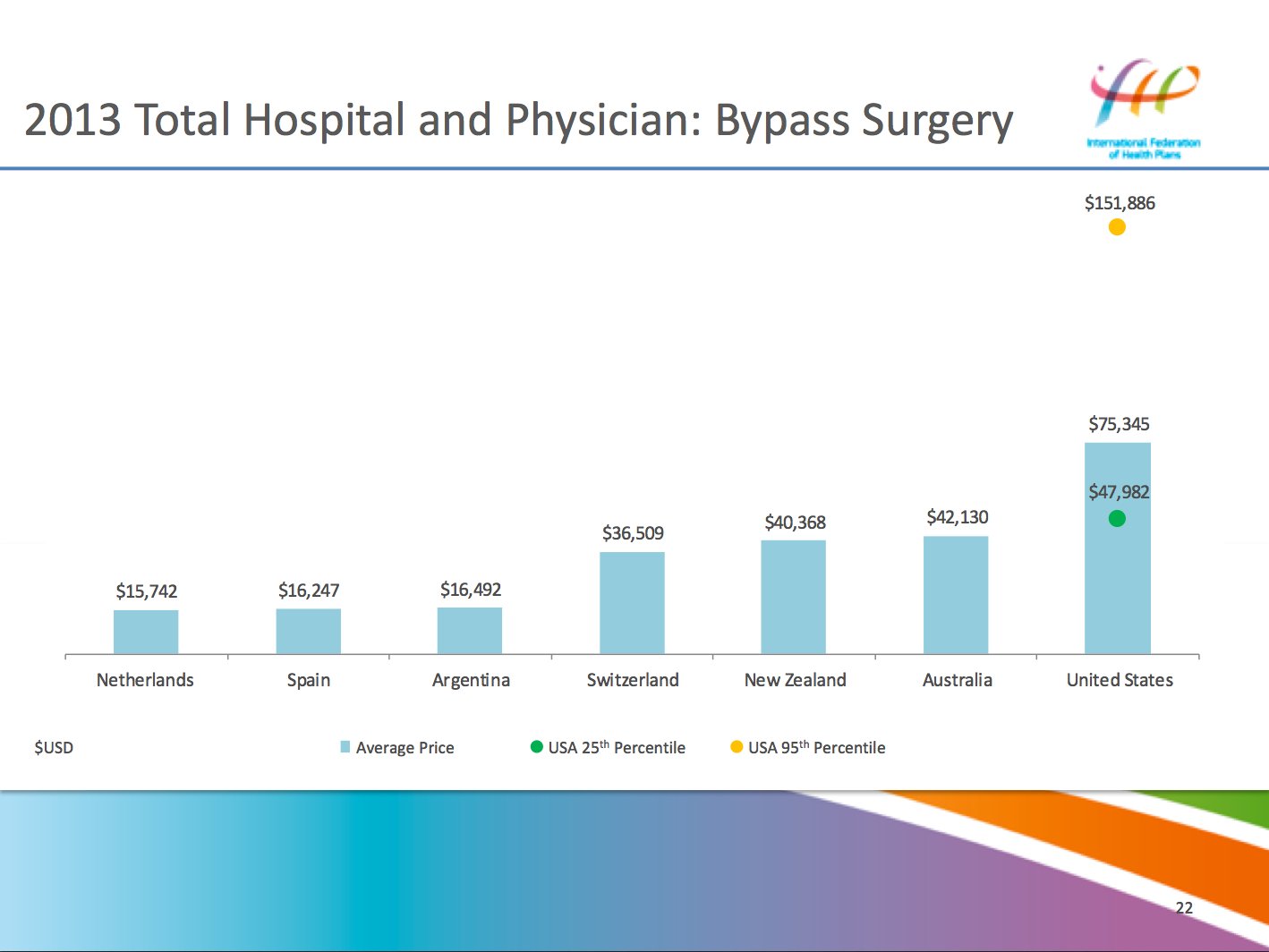 Being born in the United States has loads of advantages, but the cost of doing so isn't one of them, the report shows. A normal delivery is more expensive in the U.S. than in any of the other countries studied, and a Cesarean section is even costlier. 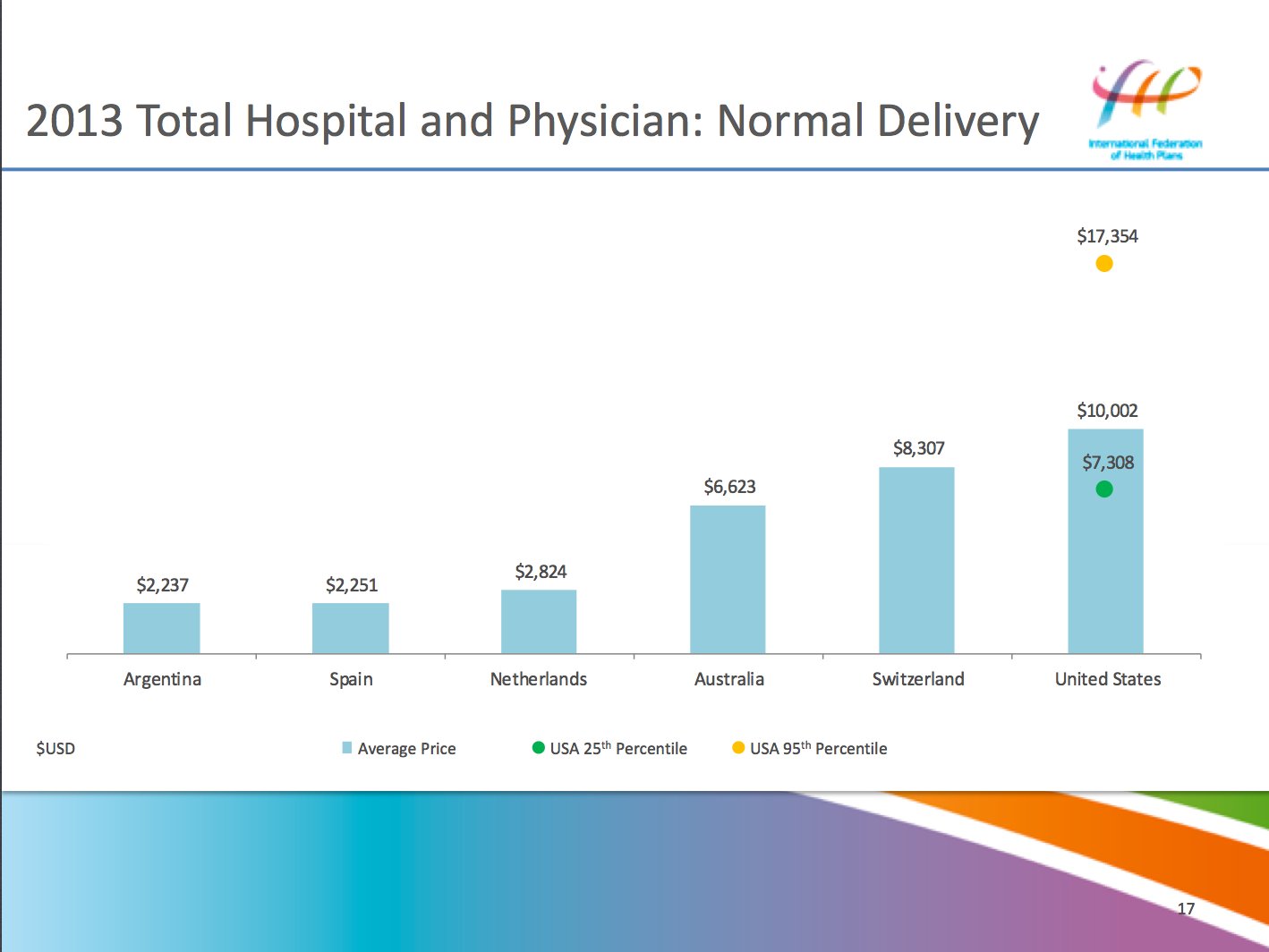 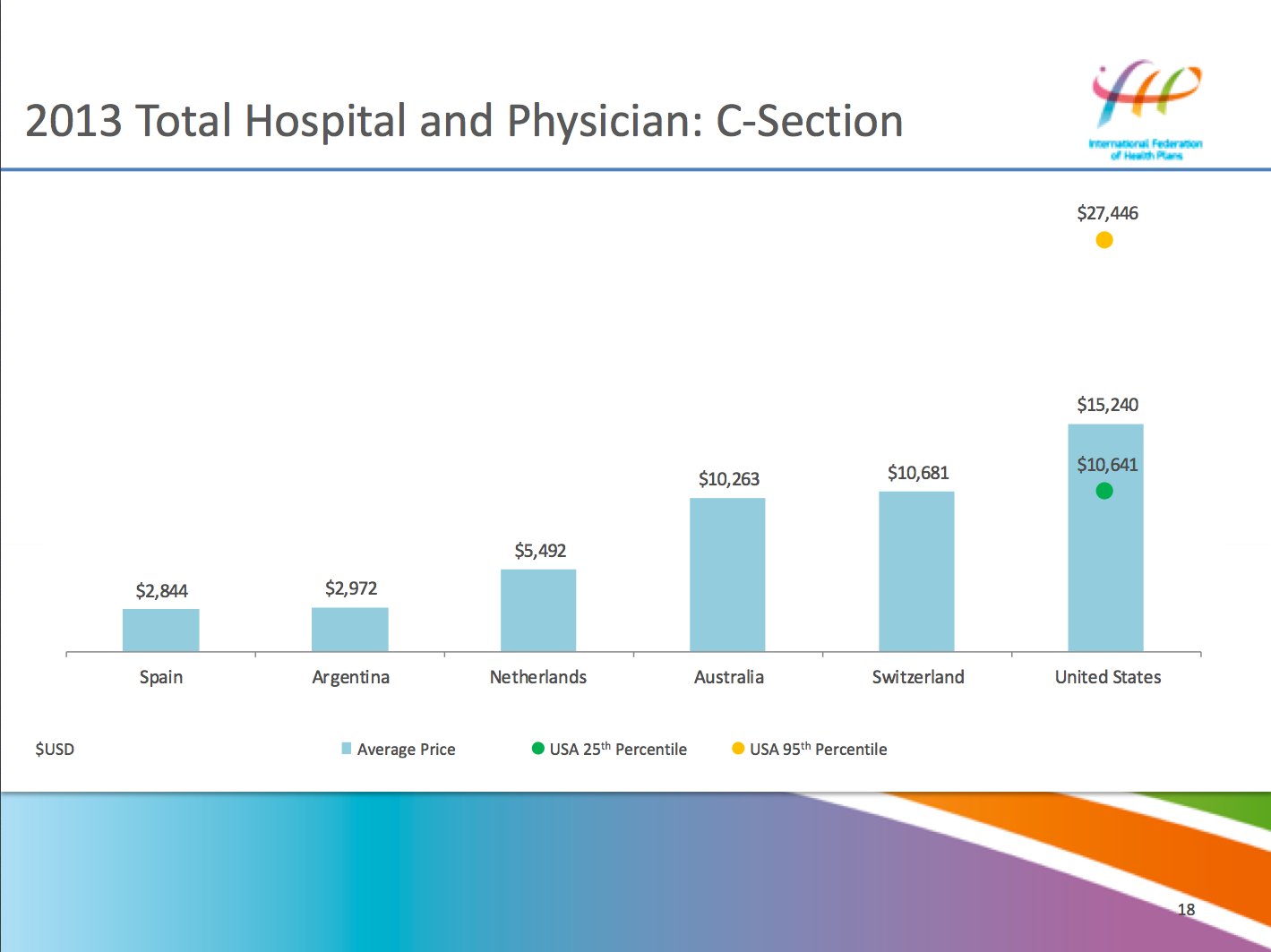 CORRECTION:An earlier version of this story incorrectly stated that the drug Nexium is available over the counter.