Elderly Malawians generally have bitter memories of colonial rule but fond memories of colonial medicine. Samuel Jameson Kaphale, a 78-year-old orange farmer and retired teacher, ruefully recalls friends jailed for months for failing to build ridges in their cornfields. But when he speaks of the tiny colonial-era hospital of his childhood, the anger disappears. "It was just one house. People were going there, on the queue, to be served," he said. "Things were working well."

Alesi Muletseni, the widow of a village chief, recalls tender clinicians and thorough exams. "They were well-experienced. It was a small hospital but they had medicines and supplies, and they were working faithfully." Today, as in the colonial era, Malawi's political leaders use healthcare to demonstrate benevolence. Yet health facilities are still too few, staffed by clinicians with the impossible task of providing care without adequate supplies or support. Though politicians try to use healthcare to show their concern for the people, access to the fruits of modern medicine remains far from assured.

"When you have built a nice hospital, you have built something that [the people] can be proud of, and they will know that their lives are secure," explained Damiyano Nkhoma, a clinical officer with 33 years experience in Malawi's health sector. "At the same time, certain personnel and equipment are not there. The politicians say that everything is in place. But the people go and find that not everything is in place. The quality of care is not what they were told. So the health sector is where the politicians play a lot of their games."

The state of the country's hospitals remains a hotly contested subject in political debates. In the 1960s, state-run newspapers ran pictures of Prime Minister Hastings Kamuzu Banda leaning over suffering patients in well-appointed hospital beds. The message was clear enough; the old physician would look after his countrymen. Today, President Joyce Banda (no relation) appears almost weekly at health center or hospital wing openings. Then, as now, free government hospitals were a balm for lives on the edge of subsistence, protection against financial ruin and suffering in the likely event of illness or injury.

But for political leaders today, the political salience of healthcare can prove a liability. In January 2013 stock-outs of medicines at government hospitals grew especially dire. Health Minister Catherine Gotani Hara admitted that the central drug warehouse had stores of only 5 percent of medicines the ministry deemed essential. Medical staff at Kamuzu Central Hospital in Lilongwe sent an open letter to President Banda, urging her to stop their wards from becoming "waiting rooms for death." Eventually foreign aid organizations, particularly Britain's Department for International Development, helped relieve the worst of the crisis with emergency orders of drugs and supplies.

Both government spokespeople and foreign organizations argue theft by pharmacists and officials is a major reason for the chronic stock-outs. Clinicians interviewed for this story did not doubt that theft is common in hospitals or government medical warehouses. But some maintain that such crimes are an inevitable by-product of the fact that health workers have impossible jobs.

One quiet Friday morning in July 2013, Allan Chisindo, an eager young clinical officer, sits in his exam room in a rural mission health center. Here patients are charged fees for care, so many bypass this clinic to reach the government hospital five miles away. Chisindo admits that the clinic seems sleepy. He has only seen four patients for minor ailments like menstrual cramps. But he says he is grateful for the respite following years at a government clinic where he saw over 200 patients every day. "Imagine treating patients when you have only three minutes for each visit," Chisindo said. After such hectic days, he would spend many nights caring for emergency patients and delivering babies. He says the stress of trying work and the low pay--no more than $300 per month--led some colleagues to steal medicines.

Of course, such theft helps make difficult work unbearable for the honest clinicians. Denied the tools they needed to care for patients, some--like Chisindo--leave government facilities for missions or private clinics catering to wealthy expatriates. A few find well-paid desk jobs among the slew of non-governmental organizations in Malawi. Others migrate, particularly to the U.K.

This exodus only adds to the challenges. In a country with one of the world's highest rates of maternal mortality, operating rooms staffed by trained surgeons are few and far between. Dr. Jonas Rigodon, a Haitian-born physician and Country Director for the NGO Partners in Health, recalls a recent patient, a young woman in obstructed labor, whom he referred to the nearest district hospital. During the two-hour drive, her uterus ruptured. The surgeons acted quickly to save her life with an emergency hysterectomy, but neither her baby nor her capacity to bear children survived the night.

Malawi has made remarkable strides in healthcare in recent years. Life-saving free treatment for AIDS has been rapidly scaled up to reach the majority of people who need it. President Banda's government has overseen a concerted effort to reduce maternal mortality. International financial support to improve pay and training for doctors and nurses have slowed the "brain drain."

But in the face of the many problems that remain, some civil society activists are demanding that government collect greater revenues from foreign-owned companies to improve access to quality health services for the poor. Mavuto Bamusi, a prominent activist, explained, "Investment is very good, and for Malawi to develop and prosper we need a lot of foreign direct investment. But much of the foreign direct investment that has occurred...has created a scenario where the profits...have mainly benefited non-Malawians."

In response to such criticism, Malawi's Ministry of Mines has promised to revisit its agreement with Paladin, the Australian mining company awarded rights to extract uranium at a site in the country's north. But the government has also discussed a number of other options to lessen the health sector's heavy reliance on fickle flows of foreign aid. At a July 2013 conference at a posh hotel in Lilongwe, ministry officials and expatriate advisers mulled over various proposals, including "sin" taxes on alcohol and tobacco, visa fees for tourists, and a national health insurance scheme.

For now Malawi's healthcare workers must provide healthcare in some of the world's most difficult conditions. Though rural clinics are sorely in need of new clinicians, not everyone supports the deployment of fresh medical graduates to remote outposts. "A new doctor, I advise not to come to this place," Nkhoma explains from his office in a mountaintop clinic. "A serious situation can arise, in which you will not know what to do. I had a case of post-natal bleeding. I called for an ambulance at 8 p.m. It came at 9 a.m. the next day."

To Nkhoma, quality healthcare demands more than the training of new clinicians. So long as supplies remain short and support so limited, there simply are not enough seasoned healthcare workers capable of providing care in remote facilities. "The books," he laments, "do not describe how long the ambulance will take." Photo courtesy of subject.

Luke Messac is a Pulitzer Center Student Fellow and graduate of the University of Pennsylvania. This post originally appeared as an Untold Story on the Pulitzer Center website.

This story originally appeared on Dowser.

A Quick Guide to Changing the World - Seriously

How Do We Solve Health Crises In Rural Areas?
Malawi President Joyce Banda 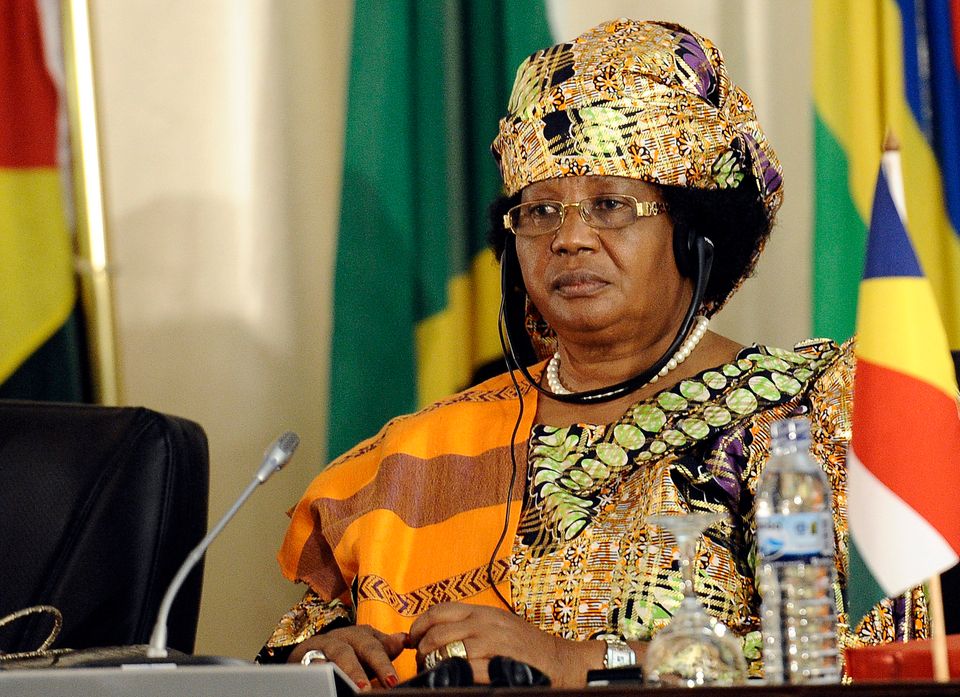