While closing the gap on health disparities in the U.S. has focused on both social and behavioral interventions, a new study out of Vanderbilt University suggests the latter may be futile.

Examining the exercise habits of more than 80,000 residents enrolled in the long-term Southern Community Cohort Study (SCCS), researchers concluded that health disparities between white and black adults in the South are not connected to a lack of exercise. Instead, the disparate health outcomes are more likely related to other factors such as access to health care, socioeconomic status and even genetics, researchers say.

"Our conclusion is that physical activity is not a significant factor in disparities that are observed in health between, for example, African-Americans and whites in this country," said senior author Mac Buchowski, Ph.D., research professor of Medicine and Pediatrics. Co-authors of the study are SCCS investigators from Vanderbilt, the International Epidemiology Institute, the National Institutes of Health and Harvard School of Public Health.

Buchowski adds that while the study does not reveal what the reason for the difference in health outcomes are, "at least we could eliminate physical activity as a deciding factor in disparities, or even that it has much influence on disparities."

Racial difference in the benefits of exercise have surfaced more than once in recent months.

In a study published in February, no link was found between exercise and prostate cancer risk for black men, even though moderate to high physical activity was shown to reduce the chances of a positive prostate cancer biopsy among white men by some 53 percent.

Similarly, a controversial study published in the Archives of Pediatrics and Adolescent Medicine last year, reported that while higher levels of physical activity among adolescent white girls was associated with lower levels of obesity by the time they turned 14, exercise did not produce the same result among their black peers.

Like those studies, Buchowski says his research doesn't diminish the role of physical activity in health, however.

In fact, a recent study by researchers from King's College London found that people who exercised regularly throughout their lives did better on mental tests when they were 50, compared with their more sedentary peers. And the benefit isn't just for those who go at it intensely either.

According to Buchowski's report, sedentary behaviors are defined as those that usually do not require more than 50 percent more energy than lying down, such as sitting, doing office work in general and being engaged in screen time that includes viewing television, using tablets, smartphones or any other form of computer work.

"Regardless of our findings, we think that promoting physical activity is important," Buchowski said. "In addition to national programs and guidelines universally available to everyone, we need targeted interventions for vulnerable populations with specific needs." 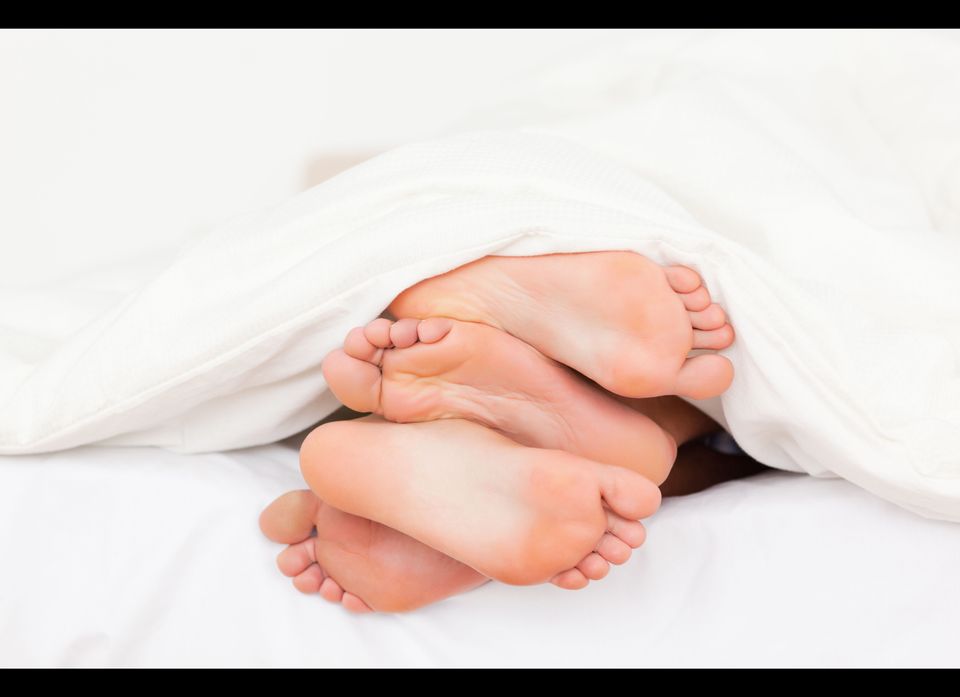 1 / 10
Improved Sexual Function
Here's a motivating reason to get moving: regular physical activity can increase blood flow in a way that has a direct affect on sexual function, explains <a href="https://www.huffpost.com/david-katz-md" target="_hplink">HuffPost blogger</a> David Katz, M.D., founding director of Yale University's Prevention Research Center At Griffin Hospital. In fact, a recent study published by Emory University researchers in the <em>Journal of Sexual Medicine</em> identified a link between physical activity and erectile function among men between the ages of 18 and 40. "The men in our study who exercised more seemed to experience a protective benefit against erectile dysfunction," study co-author Wayland Hsiao, assistant professor of urology at Emory School of Medicine, <a href="http://www.emory.edu/EMORY_REPORT/stories/2012/01/research_exercise_enhance_sexual_function_men.html" target="_hplink">said in a statement</a>. "We hope that early screening for ED may be a gateway issue to help motivate young men to live healthily on a consistent basis so that they can possibly avoid health issues associated with a sedentary lifestyle, such as diabetes and cardiovascular disease. We see this as just the beginning."
Alamy