Nearly a year after the BP oil spill, people living along the Gulf of Mexico are still feeling the effect of the disaster, the largest oil catastrophe in history. To learn more about the spill's health effects, I recently spoke with Dr. Gina Solomon, an Associate Clinical Professor of Medicine at the University of California, San Francisco, and Senior Scientist at the Natural Resources Defense Council. Dr. Solomon was on the Louisiana coast during the oil spill, studying its environmental effects. 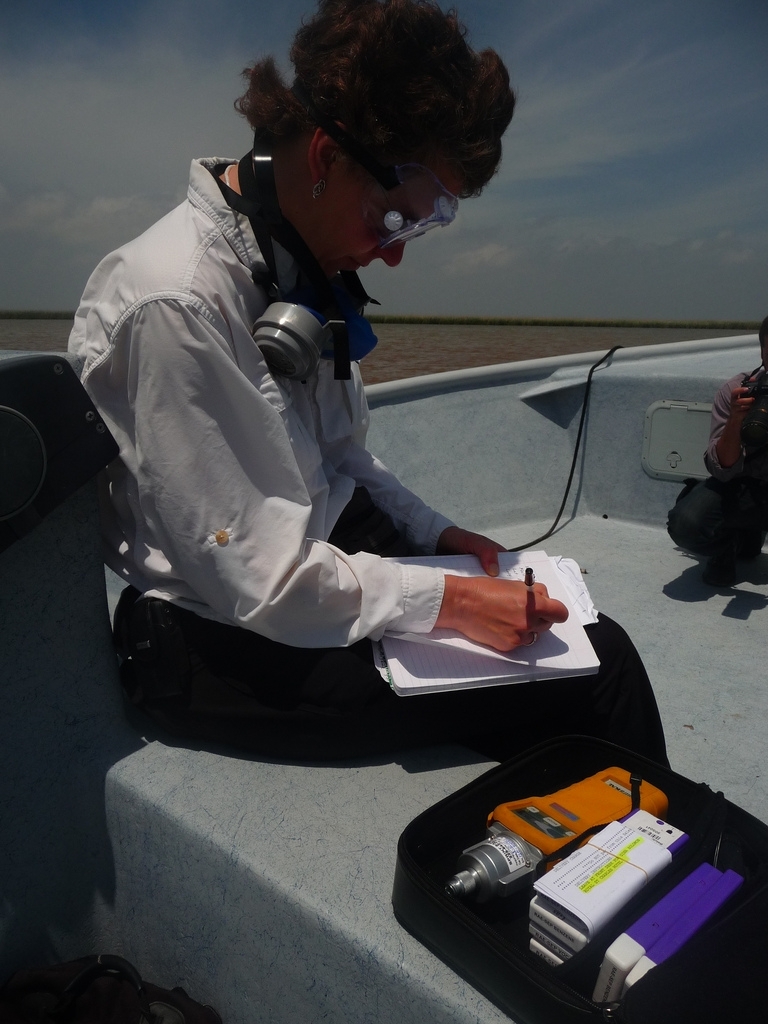 What health effects have been seen so far? What kinds of symptoms are residents experiencing?

A wide array of health concerns have been reported. The predominant complaint is dermal (skin rashes) such as eczema. Many (symptoms) are nonspecific -- headache, confusion, memory problems, upper and lower respiratory symptoms, asthma, persistent cough, bronchitis, complaints of GI symptoms, episodic diarrhea. There have been a couple of well-publicized cases of people who have become very sick with health issues that have not been sorted out. These individual stories are flying and there's public concern, but it's hard to make clear links. We're struggling to determine how much is related to the oil and how much is coincidence.

The other set of issues is that people are under immense psychological strain due to economic insecurity and the effect of the spill on the gulf seafood industry. People are hurting. This was already an area of the country with poor health coverage and poor access to health care. It's greatly increased the level of worry about health problems. The psychosocial issues are huge -- anxiety, depression, symptoms of post traumatic stress disorder.

What health effects do you anticipate will occur?

There are very well-documented psychological effects from oil spills both in clean up workers and residents. This was documented after the Exxon Valdez. The psychological effects run the gamut from depression to anxiety disorder to Post Traumatic Stress Disorder (PTSD) to higher rates of substance abuse and suicide and intimate partner violence. There already was an uptick in mental health issues after Katrina and this was a second hit. It's not the same as the PTSD you see in war veterans with flashbacks -- instead, (people suffer) sleep disorders and hyper-vigilance and inability to get the oil spill off their minds.

Should Gulf Coast residents be concerned about the health effects of the dispersants used to break up the oil?

The good news about the dispersants is that they are not persistent in the environment. The dispersants are highly irritating to the skin and respiratory tract, but there are not likely to be long-term health consequences.

There are widespread rumors that the dispersants are still being sprayed. There's no evidence of that, but this is an indication of the level of anxiety.

Are there illnesses that aren't being reported or aren't getting attention?

From a health perspective, who has been most affected by the spill?

Definitely the clean-up workers and the fishermen who were out on the water on the edges of the spill. There's a large population of Vietnamese subsistence fishing communities along the Gulf Coast in Louisiana and Mississippi. Some of these people were doing clean up work, and many eat an extremely large amount of seafood. Because of limited language skills, many were not getting health advisories. Some translation was done by local Catholic churches, but it was really a grass-roots effort and was not systematic.

Are there adequate health care resources to address the illnesses that gulf-region workers and residents may be facing as a consequence of the spill?

Oh my Lord, no. This is really an illustration of some of the major deficiencies in our health care system. There are problems with access to care, which the Gulf Coast has to a greater degree than the rest of the country. There are geographic issues. The area in the Bayou is so isolated, and it's not that easy to get to New Orleans to see a doctor. Most of the locals just don't get care.

It's also hard to find folks who can see them. There are very few specialists. I have not been able to locate a board-certified occupational/environmental specialist in the area. There's nobody who's an expert in exposure to oil.

Has BP or the government set up clinics to provide care in the aftermath of the spill?

There were temporary clinics set up to screen the clean-up workers during the immediate spill over the summer, but there hasn't been a concerted effort to set up the kind of clinic structure that's needed. The oil vapors are no longer floating in the air, and the spotlight has turned to other things, but the medical concerns continue.

How can gulf-region workers and residents protect themselves from the spill's health effects?

At this point the acute health risks are over and there aren't any special steps people need to take. If people are having health problems, they should do what it takes to find a health professional who will listen to them and take the time to figure out what's going on.

How can consumers determine whether seafood from the region is safe?

The good news is that fin fish, free swimming fish (for example, Mahi Mahi) are effective at excreting oil contamination. The kinds of fish people should avoid are those that should be avoided anyway because of mercury, such as swordfish, king mackerel, grouper, and blue fin tuna.

The big controversy has been about shellfish. Shellfish can accumulate oil because they don't have the enzyme system to detoxify and excrete contaminants such as oil. Most of the testing so far has not shown high levels. I probably wouldn't eat oysters or shrimp every day, but eating them once or twice a week would not raise significant concerns.

What are the long-term implications of what you're seeing, in terms of health effects & health costs?

Based on previous spills we can confidently predict that the mental health issues will last for years. In terms of other issues, it's hard to say what the long-term implications will be. We still don't have a complete handle on this spill, and it will take several years of study. There needs to be more done to gather information on the health effects and to provide access to good health care for people on the Gulf Coast. 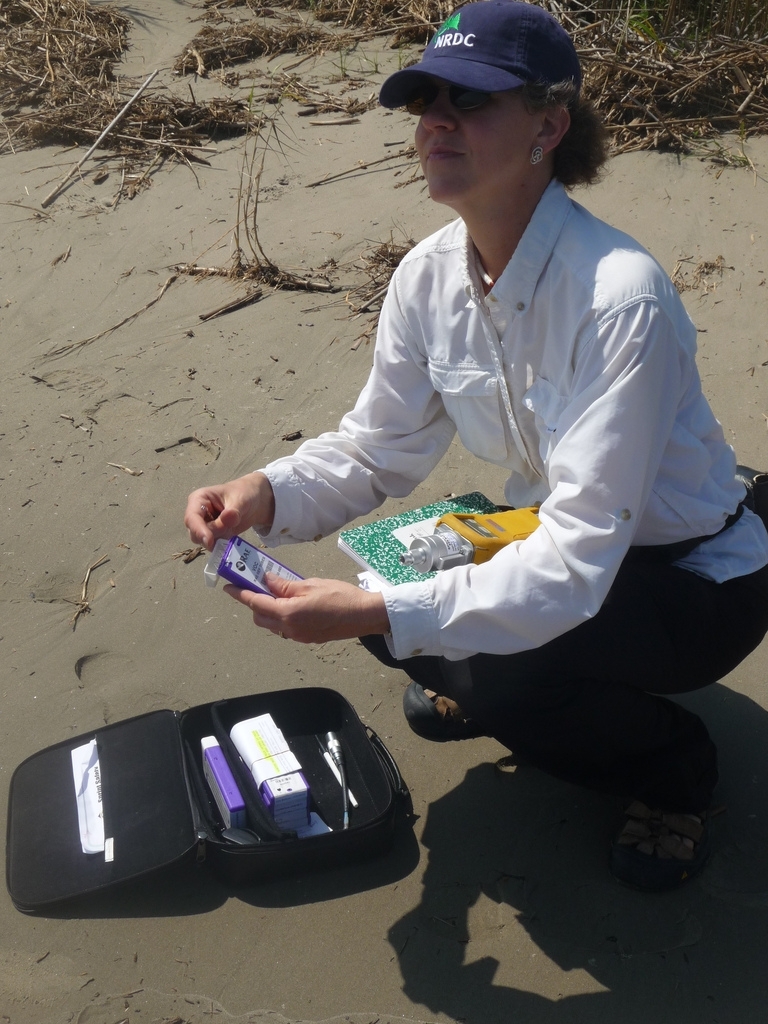 Dr. Gina Solomon at work on the Gulf of Mexico (courtesy NRDC)

This interview originally appeared on the website of New America Media