Technology can be a beautiful thing. It connects us to others, it's super convenient and, if used mindfully, can even help us find a little bit of calm. But as the old adage goes, too much of anything can be bad.

It's no secret that a little unplugging can go a long way, yet we're spending more time than ever glued to our screens. But here's the sad reality: All that tech is taking a toll on our health. Need proof? Below is a breakdown of how technology affects our mental and physical well-being. Perhaps it's time to power down for a bit. 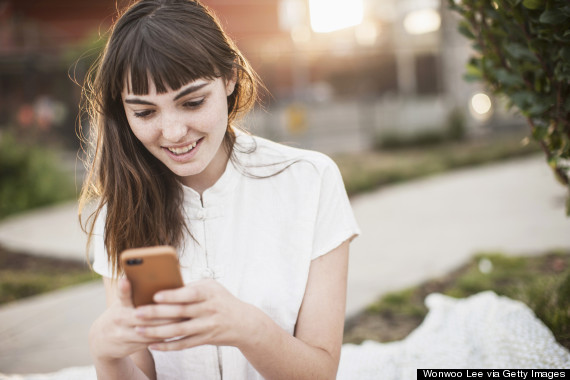 Staring at your phone all day might wreck your spine.
Recent research by New York spine surgeon Kenneth Hansraj found that our constant Instagram scrolling and incessant text messaging may be hurting our backs. The study found that when you tilt your head 60 degrees to stare at your phone, you're putting 60 pounds of pressure on your neck. Previous research also shows that sitting in front of our computers all day can also negatively affect our stature. Talk about a bad back.

Your phone could cause blemishes.
Here's a gross fact: Our phones are actually teeming with bacteria (think about it, where don't we bring our devices?). And where are we putting that bacteria? Directly on our face.

Germs pile up on our phones thanks to our external environment, which could trigger acne or eczema outbreaks, Everyday Health reported. Luckily, the problem is easily fixed. Experts suggest cleaning and sterilizing your phone, as well as going hands-free whenever possible.

WiFi exposure may lower men's sperm count.
Laptops are extraordinarily convenient for comfort -- but men who work with them on their laps may be hurting their reproductive chances. One 2011 study found that men who were exposed to electromagnetic radiation from laptop WiFi for four hours had sperm with DNA damage and decreased motility.

And it's not just the computers. A recent meta-analysis of past studies, led by researchers at University of Exeter, U.K., suggests that men who store their phones in their pockets risk exposing themselves to radiation levels that may also lower sperm levels.

All that messaging may be giving you text claw.
It may not be an official medical diagnosis, but the symptoms are still very real. Any repetitive motor activity -- like grasping your phone too much -- could cause muscle tension or irritate current conditions like tendonitis. It could also cause forearm or wrist pain.

Too much screen use could could strain your eyes.
When you were a kid and someone called you out for falling asleep you'd say, "I'm just resting my eyes." It may have been a cover up then, but it's important now if you're stuck staring at a computer all day. Too much eye contact with our screens is exhausting our sight, causing our vision to become blurry and drying out our eyes. But you're not alone: Nearly 70 percent of American adults say they've experienced symptoms of digital eye strain at some point in their lives, USA Today reported.

Constant tech-indulgence may be giving you a headache.
No, that pounding in your head you feel isn't because you noticed on Facebook that your ex just got engaged (although, that may be part of it). If you stare at a screen for too long, you may experience tension headaches as another result of digital eye strain. Reading dark text on a bright screen can lead to muscle spasms at the temples. To alleviate the pain, adjust the contrast on your screen. 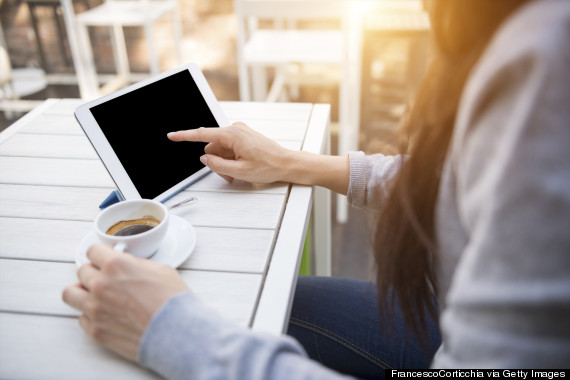 All that Googling can cause anxiety.
You've heard of hypochondriacs but what about cyberchondriacs? It sounds outlandish, but it does exist. The cause? An effort to self-diagnose a health problem you might be having. Experts suggest that searching for your symptoms online can result in some serious anxiety, Greatist reported.

Not only that, but constantly scrolling through your social networks isn't helping your anxiety either. One 2012 study found that excessive social media use may increase our stress levels. Yikes.

Staring at screens can mess with your sleep.
Before you shut down for the day, make sure to also shut down your phone and computer. Research shows that excessive tech use -- particularly right before bedtime -- can have an adverse impact on our sleep cycles thanks to the glowing light that's emitted from screens. This is especially true for young adults, who arguably need the most help when it comes to getting the proper amount of shuteye.

Loneliness and Facebook browsing are inextricably linked.
Previous research found that the popular social networking site can cause feelings of loneliness, but a recent study is suggesting a slight variation: Lonely people just turn to Facebook more often. Regardless of the research, experts conclude that this Internet paradox is a very real phenomenon. Our social networks are linked to feelings of loneliness, as well as a decrease in happiness and satisfaction -- and that's not exactly warm and fuzzy news.

You could suffer from withdrawals.
It may sound frivolous, but there is such a thing as technology addiction -- and it's a prominent problem. According to a 2012 study, 66 percent of people would feel panicked without their phones. Research from Swansea and Milan Universities also found that heavy Internet users suffered from withdrawal similar to those experienced by drug users when they went offline, TIME reported.

Too much tech is literally changing your brain.
Emails, text messages, news feeds, oh my. Research shows the technology we process each day is actually rewiring our brains, between the multitasking and the addiction we feel when we're without it. "We are exposing our brains to an environment and asking them to do things we weren’t necessarily evolved to do," Adam Gazzaley, a neuroscientist at the University of California, San Francisco, told the New York Times in 2010. "We know already there are consequences."