The cost of job-based health insurance rose slowly in 2013 from the year before and the percentage of companies offering health benefits to workers remained stable, according to a survey of employers published Tuesday.

The shared cost between companies and workers for employer-sponsored health insurance rose 5 percent for an individual to an average of $5,884, while the cost of a family plan increased 4 percent to $16,351 in 2013, reveals a survey of more than 2,000 U.S. companies conducted by the Henry J. Kaiser Family Foundation and the Health Research and Education Trust from January to May. Fifty-seven percent of companies offered health benefits to at least some workers, a slight decline from 62 percent last year, the survey shows.

“We are in a prolonged period of moderation in premiums, which should create some breathing room for the private sector to try to reduce costs without cutting back benefits for workers,” Drew Altman, president and CEO of the Kaiser Family Foundation, said in a statement.

Although premiums have been relatively stable over the last few years, this year's figures show that job-based health insurance for single people remains 2.7 times more expensive than in 1999 and that premiums for family plans are 2.8 times more than 14 years ago. Likewise, the cost of health insurance continues to increase at a faster rate than U.S. economic growth and workers' wages, the survey shows. 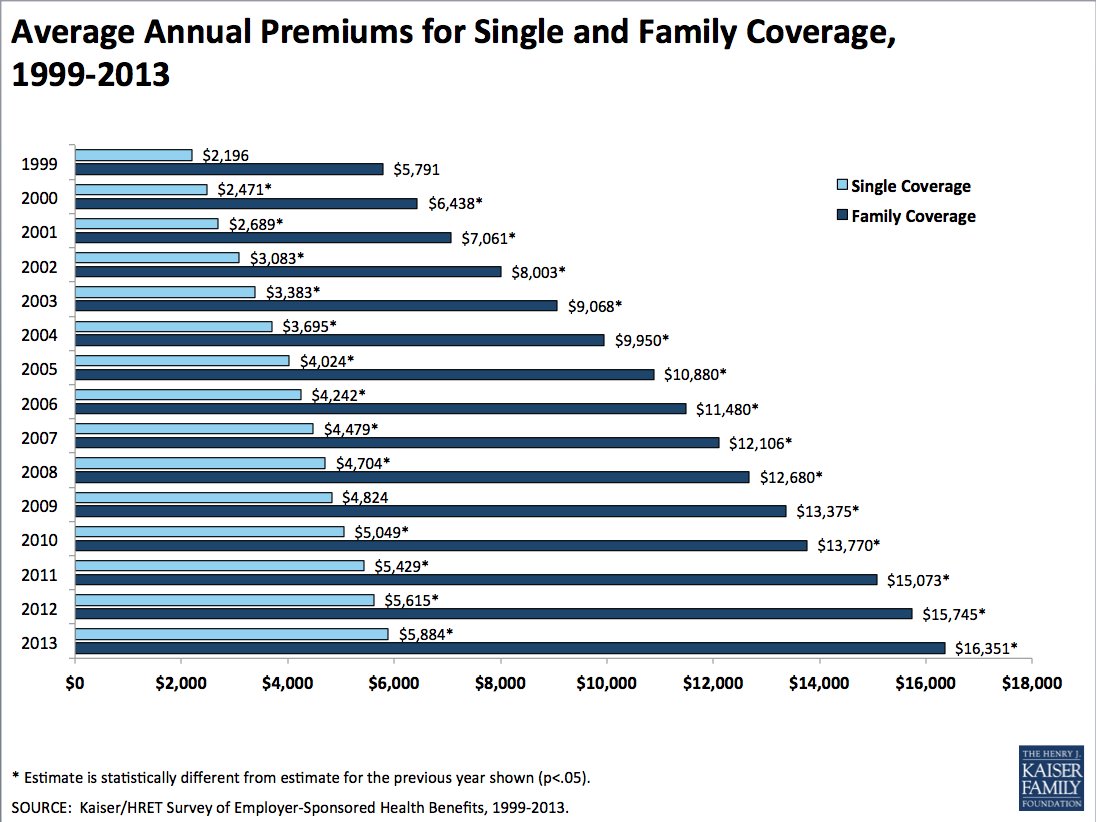 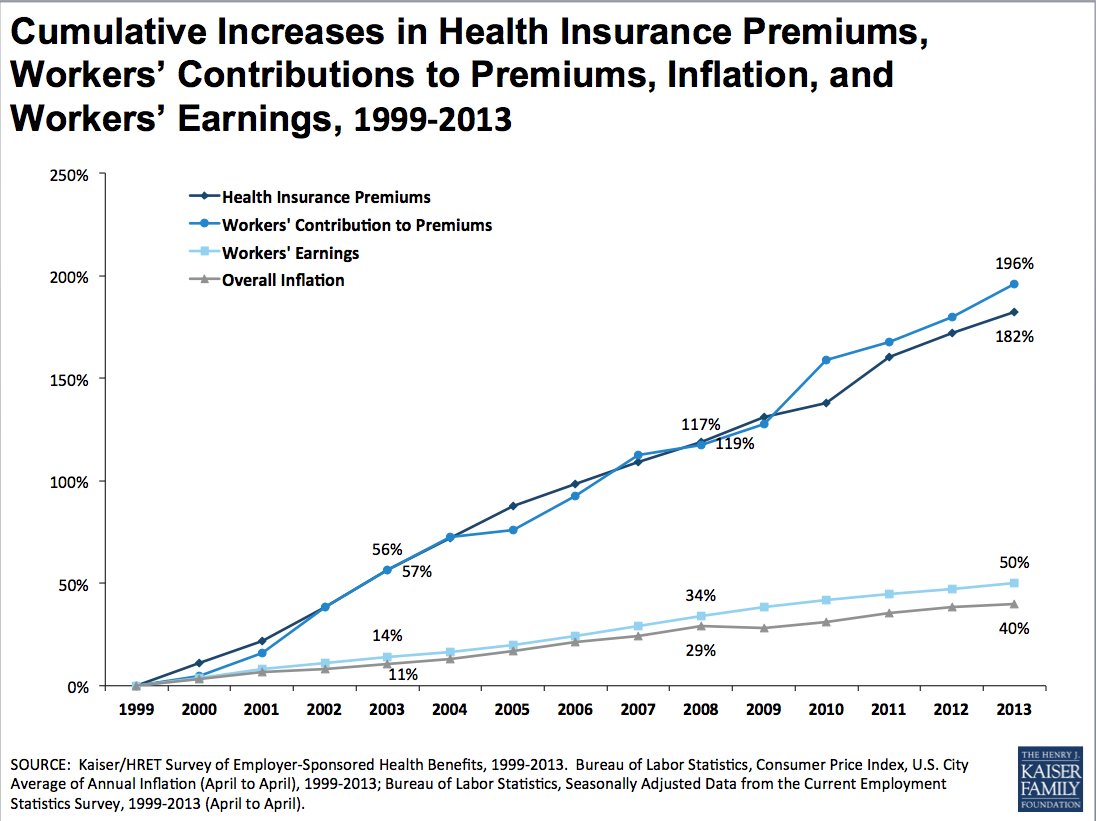 About 149 million Americans receive health insurance from an employer, making jobs the most common sources of health care coverage. The survey findings will serve as baseline to judge whether President Barack Obama's health care reform law, which begins extending coverage to millions next year, will have a meaningful effect on job-based health insurance.

For this year, little has changed, the Kaiser Family Foundation and the Health Research and Educational trust, which is affiliated with the American Hospital Association, conclude.

"The 2013 annual survey did not find major changes in employer-based health benefits. Premiums increased at modest levels, consistent with the last several years, and coverage and offer rates did not change significantly," the report says.

The status quo is likely to hold for at least a few years with most employers continuing to offer health benefits and with premiums growing in the single digits, said Gary Claxton, the director of the Kaiser Family Foundation's Health Care Marketplace Project in Washington.

Obama's health care law and its health insurance exchange marketplaces are designed for people who don't get health benefits at work. The Congressional Budget Office and studies by the International Foundation of Employee Benefit Plans and others predict the number of workers who get health insurance at work will change little because of the law, despite Obama's one-year delay of enforcing of its so-called employer mandate that companies offer coverage or face financial penalties. The precentage of companies offering health benefits has been stable for years. 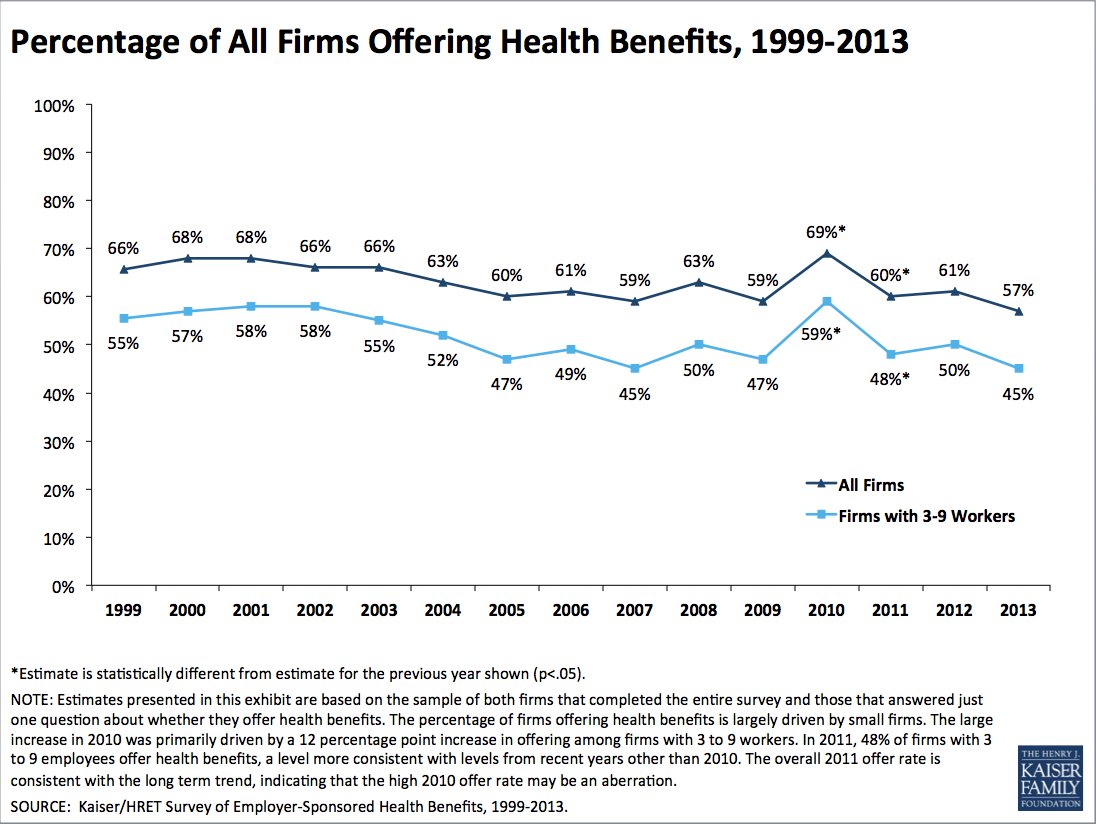 The relatively low premium increases in recent years relate to an overall slowdown in rising health care spending in the U.S., Claxton said. These phenomena are partly attributable to the recession and sluggish recovery causing people to put off costly medical care, to cost-containment efforts occurring throughout the health care system and to a continuing shift toward health insurance plans with higher deductibles that encourage people to consume less health care by exposing them to more out-of-pocket costs, he said.

The percentage of covered employees enrolled in health insurance with an annual deductible rose from 52 percent in 2006 to 78 percent in 2013, and the average deductible for a single person increased from $584 in 2006 to $1,135 this year, a 51 percent hike, according to the survey. 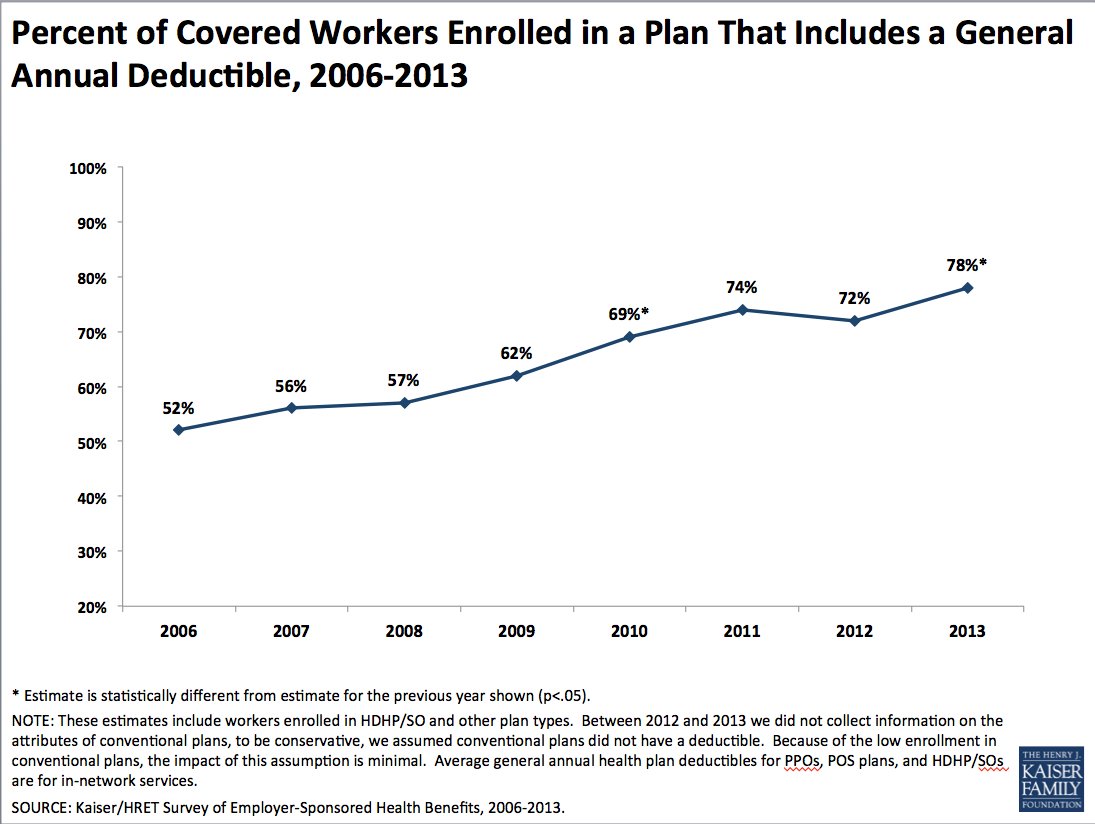 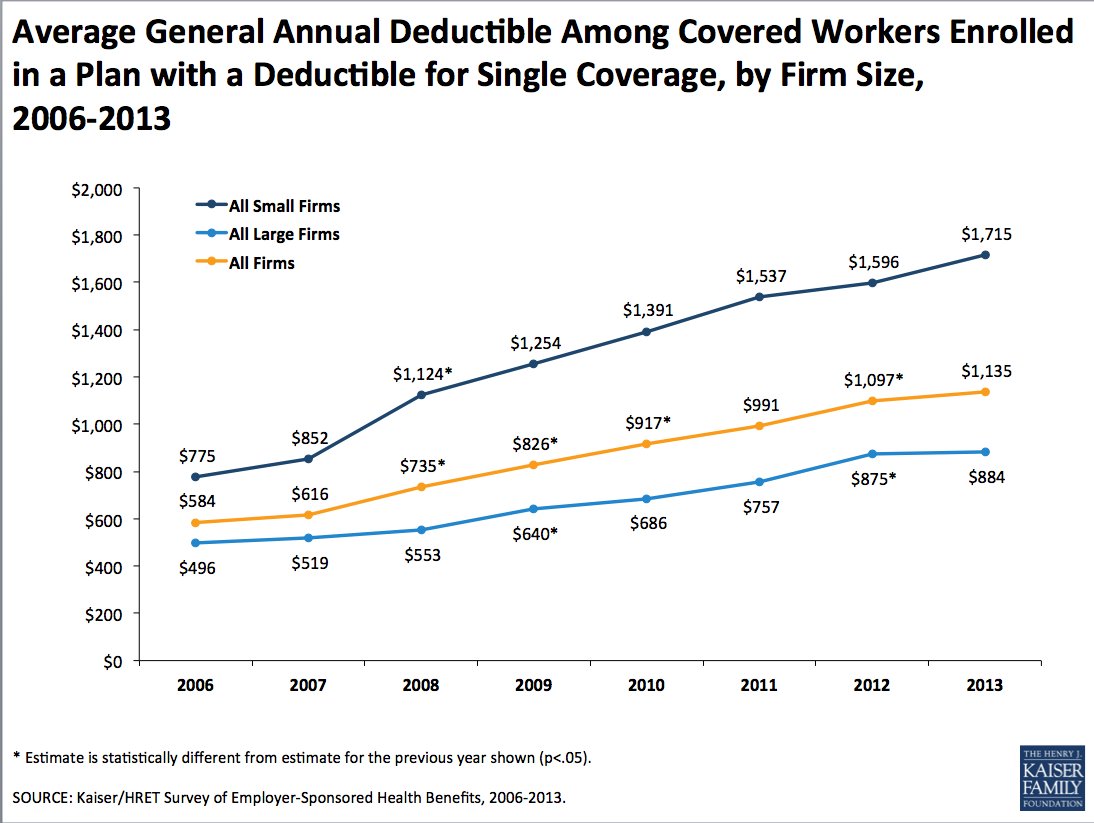