These are the myths and misconceptions that drive doctors crazy (and could affect your health). Let's clear them up -- once and for all.

1. Makeup with SPF is just as good as sunscreen.

Women tend to be (justifiably) wary of caking on makeup, but this means they rarely put on the amount of sunscreen-enhanced foundation, tinted-moisturizer or lipstick required to protect their skin from the sun, explains Justin Piasecki, MD, a plastic surgeon and the founder of the Skin Cancer Center in Gig Harbor, Washington. They also neglect to reapply the products every two to three hours, which is the amount of time Piasecki says it takes for any sunscreen to wear or rub off, and for the sun's UV rays to deactivate its protective ability. This is why makeup with SPF can be 14 times less effective than sunscreen. Piasecki says that at least one-third of skin cancers occur above the neck, so he recommends wearing sunscreen with UVA/UVB protection under your makeup every day and carrying a travel-size sunscreen in your purse so you can reapply it when you're outside.

"I have patients who swear that milk makes them produce more mucous," says Jennifer Collins, MD, an assistant professor and a physician specializing in allergy, asthma and immunology at the New York Eye and Ear Infirmary. However, she hasn't been able to find any good research to support that -- and neither have other doctors. In fact, when Australian researchers went so far as to collect and weigh the nasal secretions of 60 volunteers inoculated with the common-cold virus, they found no association between milk intake and mucous production. Scientists think that drinking milk may remind some people of the consistency of mucous or may coat their throat in a way that makes them think they're feeling more phlegm. Collins notes that drinking milk fortified with vitamin D can help boost your energy, spur cell growth and help keep your immune system working optimally. Those who are firmly anti-milk (for whatever reason) can get their vitamin D from fish like swordfish, salmon and tuna, or from fortified orange juice or cereal.

3. A sprinkle of talcum powder a day will keep moisture away.

Baby powder (or scented talcum powder) can be easily inhaled into the lungs and, worse, has been linked to cancer. Harvard researchers recently found that postmenopausal women who use talcum powder in their genital area just once a week increase their risk of developing endometrial cancer by 24 percent. Another Harvard study found a strong link between talcum powder use and ovarian cancer (it can increase the risk of developing the cancer by up to 40 percent). In general, family doctors have stopped recommending that women use talcum powder to absorb wetness. Stick to preventative measures like wearing breathable cotton underwear and rinsing regularly with warm water.

4. Topical antibiotics should be your go-to for minor cuts and wounds.

Many of us automatically reach for neomycin (one of the active ingredients in ointments like Neosporin) whenever we have a cut or scrape. But constantly exposing the skin to neomycin can lead to an allergic reaction over time, says Reid Blackwelder, MD, a professor of family medicine at East Tennessee State University who sits on the board of directors of the American Academy of Family Physicians. "People will then use the ointment and assume the resulting redness comes from the wound, when it's actually the neomycin affecting their skin." Some studies have also suggested the widespread use of OTC ointments with neomycin, polymyxin or bacitracin may contribute to the development of resistant bacteria, says Blackwelder. For minor wounds like hangnails, shaving cuts and paring-knife nicks, he suggests using soap and water to clean and disinfect the area. If you think the area is infected, talk to your doctor.

5. Vaccines can cause developmental disorders in children.

This remains a hotly debated issue, despite being debunked in multiple large studies. And now the United Kingdom is dealing with a serious outbreak of measles partly as a result of the large number of children who were not inoculated against the disease during the MMR vaccine scare of the early 2000s. Measles, mumps and rubella are still relatively uncommon in the United States, but there has been an uptick in recent years. The United Kingdom has launched a massive, expensive catch-up campaign to quickly vaccinate as many children as possible, and our Centers for Disease Control and Prevention continues to stress the importance of making sure that you and the children in your life are vaccinated.

6. Eating a lot of carrots can save your failing vision.

Vitamin A is essential for good vision -- no one's refuting that -- but you only need a small amount. One half-cup of raw carrots will provide you with 184 percent of the recommended daily value. An excessive amount of beta carotene, the compound in carrots that's converted to vitamin A, can not only make your skin turn orange, but studies show it has also been associated with an increased risk of lung cancer in some people. So enjoy the crudité, but if you worry that your eyesight is failing, make an appointment with an optometrist or an eye doctor.

7. You can catch a cold from not bundling up in cold weather.

Not necessarily, Collins says. Viruses do tend to be more active in cold weather, but a down coat won’t protect you if you’re run-down and haven’t been taking care of yourself. She says that you can catch a cold from staying inside in cold weather, especially if there are lots of other people around. Here's why: When it gets chilly outside, we tend to crowd indoors and crank up the heat. Collins explains that this causes the mucous membranes inside our nose to become dry and cracked, making us even more vulnerable to germs being passed around by family members, friends and coworkers. Collins adds that regularly exercising outdoors has a protective effect on our immunity, even when the weather outside is frightful. Just be sure to wear the right layers: Dress as if it's 10 degrees warmer than it is (you'll feel chilly to start, and comfortable after about five to ten minutes of moderate intensity). 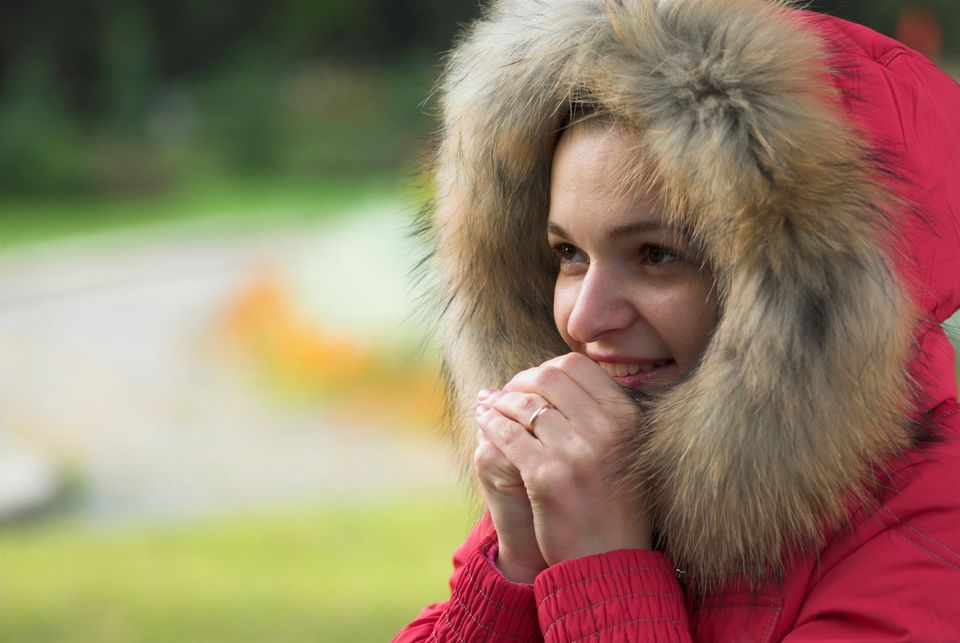 1 / 7
'Why Don't We Get Goose Bumps On The Face?'
We do get them on our cheeks, says Jessica Krant, MD, a board-certified dermatologist and assistant clinical professor at <a href="http://www.downstate.edu/" target="_hplink">SUNY Downstate Medical Center</a>. Goose bumps, or cutis anserine, occur where we have hair -- pretty much everywhere except for our palms and soles of feet, Krant says. She breaks down the process: Each hair follicle contains a microscopic muscle called arrectores pilorum that contracts in response to the sensation of cold, or the feelings of fear or excitement. The reason most of us, especially women, don't notice goose bumps on our face is because the peach fuzz there is usually fine and short, and our facial skin muscles are less robust than those in our arms and legs. Krant adds that if you find goose-pimply bumps on any part of your body that don't seem to be affected by fear or temperature, you might have <a href="http://www.ncbi.nlm.nih.gov/pubmedhealth/PMH0002433/" target="_hplink">keratosis pilaris</a>, an eczema-like condition caused by inflamed follicles.
Thinkstock