Like so many rotted fish, the absurd rumors about Hillary Clinton’s health have risen from the murky depths of fringe alt-right forums and have flopped to the frothy top of the GOP. Fox News pundit and Trump adviser Sean Hannity devoted a full hour of his show to investigating the rumors. Trump advocate Rudy Giuliani offered doctored Youtube videos as evidence of Clinton’s ailing state. Trump himself — who appears to treat the Drudge Report and his Twitter mentions as official briefings — told a rally,“[Clinton} also lacks the mental and physical stamina to take on ISIS, and all the many adversaries we face.”

Putting aside the notion that presidents don’t fight terrorists in hand-to-hand combat, it’s important to consider what these theories hope to accomplish. They reveal the desperation of Trump and his supporters to disqualify Clinton from the office of the presidency and continue a political trend of believing your ideological opponent is not merely less qualified but is, in fact, illegitimate or inherently disqualified.

And the health of a presidential candidate is an oft-considered issue within an election, hence the tradition of campaigns to release doctors’ notes and records to assure the American public of their candidate’s physical state. John McCain faced many questions concerning his health in 2008 and liberals roundly criticized the 72-year-old for not releasing them. A group of nearly 3,000 doctors even signed a petition urging McCain to release his records.

The question remains, however, whether this is a useful practice or not. Is a president’s performance impacted by their physical health or age?

One of the most famous answers to this question should be the presidency of Ronald Reagan. The oldest president on record had four surgeries during his presidency, and that’s if you don’t count the medical response to being thrown from a horse or being shot in the stomach in an assassination attempt. In 1983, the Gipper announced he wore a hearing aid, but instead of spurring rumors about his health, it was a sales boost for the hearing aid he used.

None of those started the kinds of investigations from afar, however, quite like his post-presidency announcement that he had been diagnosed with Alzheimer’s. Speculation ran rampant that a supposed habit of forgetting names or dozing off in Cabinet meetings meant Reagan had been hiding his deteriorating mental health long before his presidency had ended.

Professionals doubt this. Writes Lawrence Altman — the legendary medical reporter who worked for the New York Times for 40 years — in 1998:

Just when the Alzheimer’s began can never be known. But while the line between mere forgetfulness and the beginning of Alzheimer’s can be fuzzy, a matter of gradation, Mr. Reagan’s four main White House doctors say they saw no evidence that he had crossed it as President. They saw and spoke with him daily in the White House, they said, and beyond the natural failings of age never found his memory, reasoning or judgment to be significantly impaired.

Still, Reagan’s son seems to believe his father showed symptoms of the disease as early as 1986 and a 2015 analysis of the president’s speech patterns suggests the disease might have been evident long before his 1994 diagnosis.

Considering the debilitating effect Alzheimer’s can have on the mental state of those with it, one might consider the questions worthwhile. But whether you agree with Reagan’s policies or not, its nearly impossible to suggest the government or the nation was effected by the state of his physical or mental health.

Consider, in fact, the health of John F. Kennedy, the youngest person ever elected to be president. While partially popular for his youth and apparent virility, Kennedy actively worked to keep his decades of health problems a secret. He was famously read the Last Rites three times as a child and took scores of medications while president. From biographer Robert Dallek:

In particular, steroid treatments that he may have received as a young man for his intestinal ailments could have compounded — and perhaps even caused — both the Addison’s disease and the degenerative back trouble that plagued him later in life. Travell’s prescription records also confirm that during his presidency — and in particular during times of stress, such as the Bay of Pigs fiasco, in April of 1961, and the Cuban missile crisis, in October of 1962 — Kennedy was taking an extraordinary variety of medications: steroids for his Addison’s disease; painkillers for his back; anti-spasmodics for his colitis; antibiotics for urinary-tract infections; antihistamines for allergies; and, on at least one occasion, an anti-psychotic (though only for two days) for a severe mood change that Jackie Kennedy believed had been brought on by the antihistamines.

Though brought down by an assassin’s bullet three years into his presidency, there is little evidence any of his various ailments or medications had any effect on his presidency. Similar to Franklin Roosevelt’s battle with polio, they were a backdrop to his time in office though never a driving force.

Considering these two stories of presidential health — one from our oldest president and another from one of our youngest — it makes the Clinton health rumors all the more insane. Hannity, Giuliani and the many conservative forums dedicated to this very question are accusing her of suffering from seizures, hiding brain injuries, or otherwise showing erratic symptoms of various neurological illnesses.

Maybe she suffers from cluster headaches, like Thomas Jefferson. Maybe she’ll have a stroke, like Eisenhower. Maybe she has any one of the long list of health issues that have effected presidents of the past. And while these rumors are completely untrue and cooked out of the minds of desperate people attempting to delegitimize a women’s ability to serve, it’s important to consider Colin Powell’s response to the rumors about Barack Obama’s faith — would it be a bad thing if they were true? 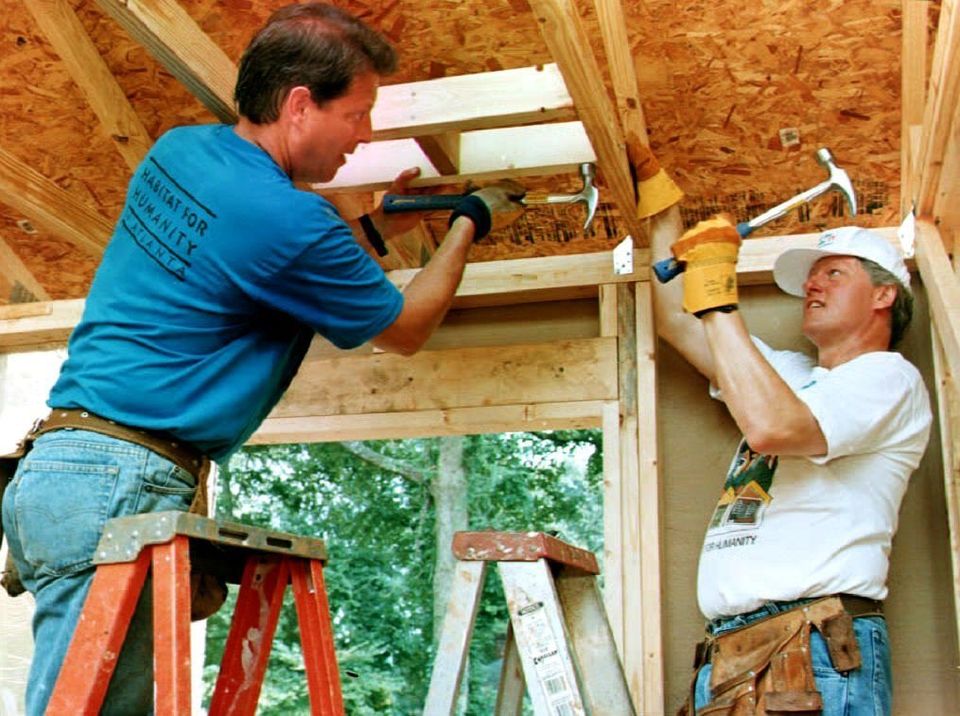